Sonic’s been on a bit of a winning streak lately. After nearly a generation of failed outings and crushingly disappointing experiments (which included some games which are widely regarded as among the worst video games ever created, such as 2006’s Sonic the Hedgehog), he found his footing again with the Wii and DS exclusive Sonic Colors, which, against all odds, managed to surprise everyone with a generally high quality adventure. 2011’s Sonic Generations was even better, providing players across all platform with a high speed, high octane, tightly constructed platforming design.

Given his recent streak of successes lately, you’d naturally go into Sonic: Lost World expecting some good platforming fun. And you wouldn’t be wrong at all: Sonic: Lost World on the 3DS, which is the first fully 3D Sonic game to ever appear on a handheld, is undoubtedly the weakest Sonic entry since Colors, but it somehow remains good fun, and manages to channel some high quality, guided platforming fun, ala Nintendo’s own Super Mario 3D Land on the 3DS. 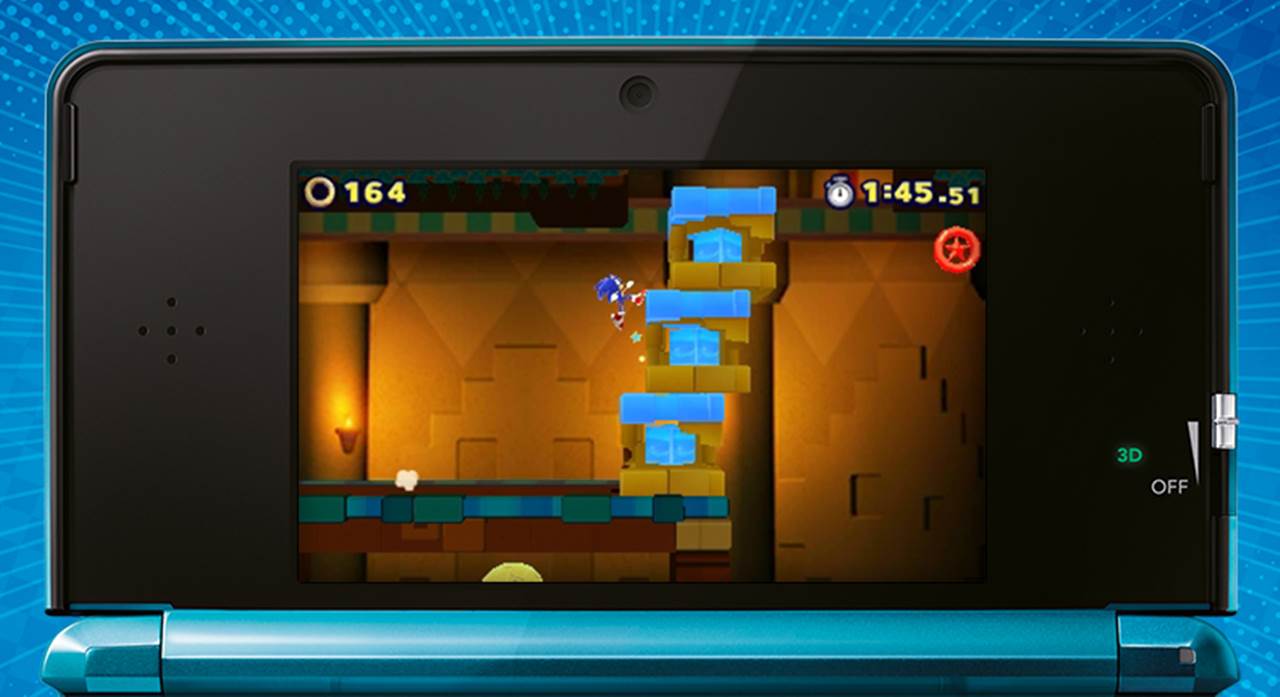 "The one blemish on the otherwise great presentation values for this game is undoubtedly the cutscenes, which seem sloppy, poorly compressed, and generally cheap."

Like Super Mario 3D Land, Sonic: Lost World looks gorgeous. The colors are eye popping, the art style is wonderful and captures the feel of the classic Sonic games very well, and the game can keep up with the blistering speed of Sonic’s movement as he races through some really good looking levels. Looks like, twenty years later, a Nintendo handheld finally got the blast processing needed to keep up with Sega’s spiky blue mascot.

The great graphics are complemented by some equally good sound; although the music in Sonic: Lost Worlds is not as good as the nostalgia bone tickling Sonic Generations, or even the relatively more subdued and underplayed soundtrack from Sonic Colors, it’s still catchy and almost always perfectly captures and accentuates the tone and atmosphere of the specific level that you are in.

The one blemish on the otherwise great presentation values for this game is undoubtedly the cutscenes, which seem sloppy, poorly compressed, and generally cheap. Although Sega have gone the admirable route of including the same voices and music in the game as the Wii U version, for example, the general visual quality of these cutscenes just feels degraded and low, and sticks out like a sore thumb even more next to the visual panache of the otherwise well made game. 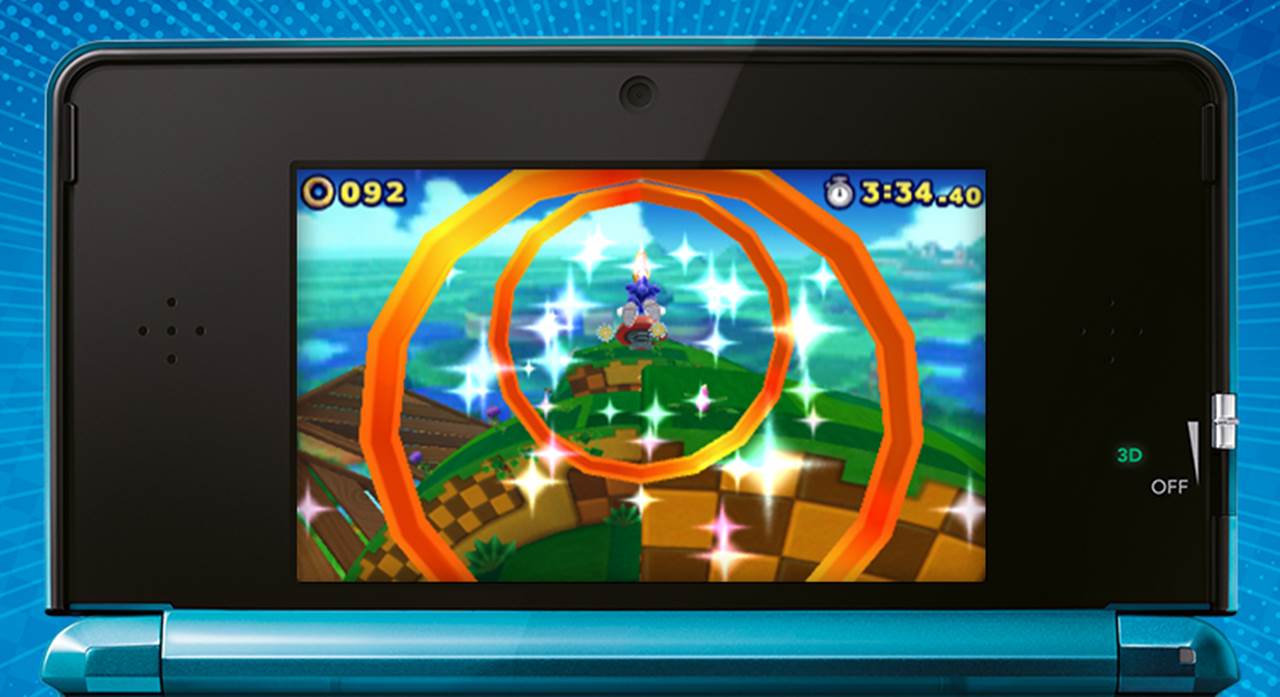 "Sonic: Lost Worlds includes all the modern mechanics that the series is known for, in addition to more, such as the Wisp Powers, fully reflective of the 'everything and the kitchen sink' mentality Sega and Sonic Team often adopt with this franchise when they are at a loss as to what to do."

Of course, ultimately, you won’t play Sonic because it looks and sounds good (or in the case of its cutscenes, won’t): you’ll play it because you want some tightly constructed high speed platforming fun, and in that regard, Sonic: Lost Worlds on the 3DS simultaneously satisfies and disappoints.

The reason for both the satisfaction and the disappointment is the same: with Lost World, Sega seem to have taken some cues from Super Mario Galaxy (or even, as mentioned above, Super Mario 3D Land), in slowing down the pace of the game a little and letting players go off the beaten path and explore. Most levels in the game are shaped like a cylinder or in the shape of a ‘U,’ that all offer alternate paths with hidden secrets, precariously perched and treacherously hidden. The alternate paths can often seem unfairly hard, as it feels like the level design and the game itself are working against you, but a complete mastery of the game’s mechanics usually yields the rewards with low chances of risk.

The problem with this is just that there are often too many mechanics all thrown into the game at once, and most of them seem to suffer from very uneven and oftentimes outright poor implementation. Sonic: Lost Worlds includes all the modern mechanics that the series is known for, in addition to more, such as the Wisp Powers, fully reflective of the ‘everything and the kitchen sink’ mentality Sega and Sonic Team often adopt with this franchise when they are at a loss as to what to do. In past games, this has been greatly to the games’ detriment, although this time around, the core level design of the game is just strong enough that even though the poorly implemented mechanics (which you need to master to get the most mileage out of the game) do mar the experience, it still remains largely enjoyable on the whole.

These levels are usually the ones that follow you with a rather unconventional (for the series) third person over the shoulder camera, and they are the more slower paced ones, but for those craving classic Sonic action, Sega has, in Sonic Generations style, included classic sidescrolling levels too. As expected, this is usually where the game is at its best, with the tight platforming action backed up by some of the most imaginative level design seen yet in a Sonic game. Some stages in particular completely stand out, and although the game itself is unlikely to rank near the top of anyone’s favorite Sonic games list, some of its levels might make an appearance in similar lists for sure. 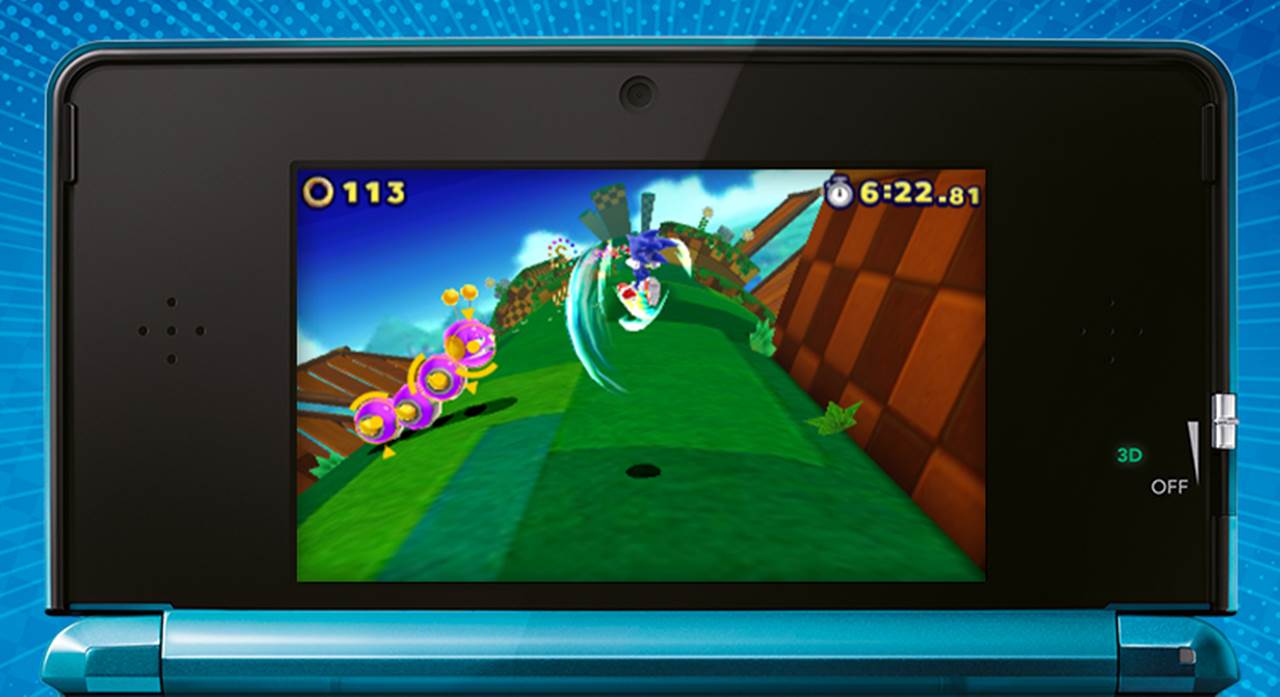 "Another mechanic that has been included and then implemented really poorly in the game is the motion controls: a stage later on in the game requires almost exclusive gyroscopic based control for some movement that requires high precision."

On the whole, Sonic: Lost World plays incredibly smoothly. This isn’t just to do with the graphics- the actual gameplay moves blisteringly fast, and organically so. A lot of this comes from Sonic’s newfound ability to automatically scale obstructions in his way, Assassin’s Creed style, although in another case of a new mechanic being implemented unevenly, sometimes Sonic will, bafflingly enough, simply not scale an obstacle himself. Instances like these are few and far in between, but they are jarring, and they do interrupt the otherwise lovely flow of the game.

Another mechanic that has been included and then implemented really poorly in the game is the motion controls: a stage later on in the game requires almost exclusive gyroscopic based control for some movement that requires high precision. Who at Sega thought this was a good idea is beyond me, but jerking around my 3DS violently to make it register a simple movement in time is not my idea of good fun, and greatly hindered the flow and pace of the game. Motion controlled Sonic should be thrown into the ever growing list of Sonic ideas that simply did not pan out.

I know I’ve been dwelling on the issues in this game a lot, but as much as they are there, and as much as they interfered with my overall game experience, I’d be hard pressed to say I didn’t enjoy Sonic: Lost Worlds on the 3DS. When it worked, it really worked, with tightly constructed stages requiring immaculate control and precision. It is usually let down by a wide range of mechanics with inconsistent application, but even Sonic Team’s seeming (alarming) regression into the very trends that made games like Sonic Unleashed so unbearable can’t mar what remains otherwise a pretty damn fun platforming experience on the Nintendo 3DS.

Too many mechanics, not all of which pan out well, mar the experience; the cutscenes are horrifically bad

Final Verdict:
GOOD
It's probably the weakest Sonic game in a while, but Sonic: Lost Worlds ultimately overcomes its transgressions and provides a largely fun platforming experience.
A copy of this game was provided by Developer/Publisher/Distributor/PR Agency for review purposes. Click here to know more about our Reviews Policy.