Sony Has Patented A New Kind of Game Cartridge

Is Sony perhaps working on its own Switch competitor?

With the unequivocal failure of the PS Vita, many have come to the conclusion that Sony has left the handheld market for good, and that they’re going to now solely focus on their home consoles going forward. However, a recent patent filed by Sony in South Korea (via Techtastic) suggests that that might not be the case.

The patent in question is for a new kind of cartridge for video games. The document itself doesn’t contain much information about the product, but several concept images are included, which suggest some interesting things. Most notably, there seems to be a micro USB port at the bottom of the cartridge, which suggests some interesting possibilities for connecting with both handheld devices as well as consoles.

As is the case with all patents, it is highly likely that this never sees the light of day, and Sony is just covering its bases in case it ever does want to use this technology some time down the line- so this shouldn’t be taken as indication for something that they are doubtless going to do with any of their upcoming hardware.

However, in light of things that Sony has said about its presence in the handheld market in the recent past, this patent definitely raises some interesting questions. Sony has been vocal about the success of the Nintendo Switch in the past, while not too long ago, PlayStation boss John Kodera also talked about how he envisions for Sony’s consoles and handhelds to be “closely integrated”. Read more on that through here. 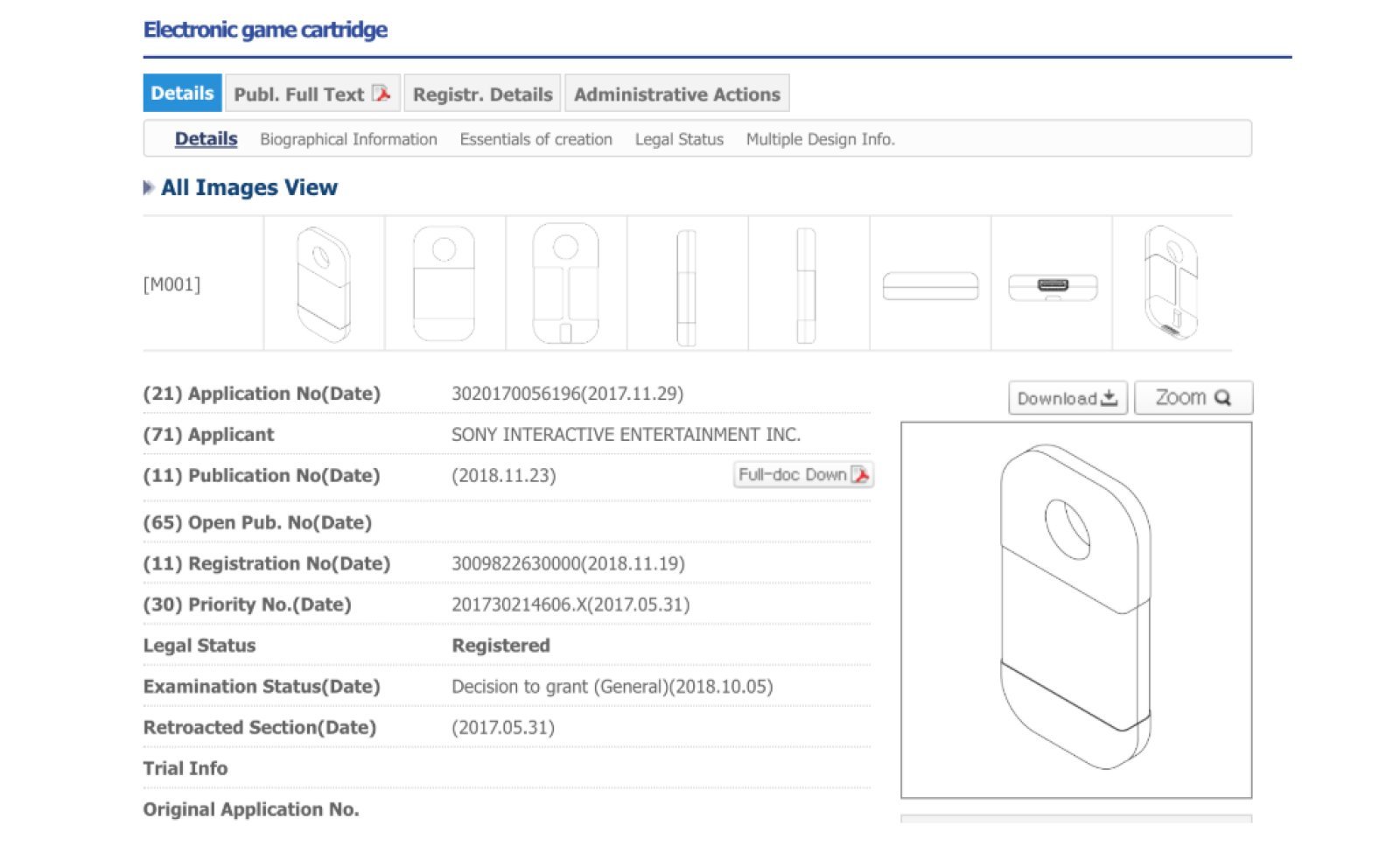