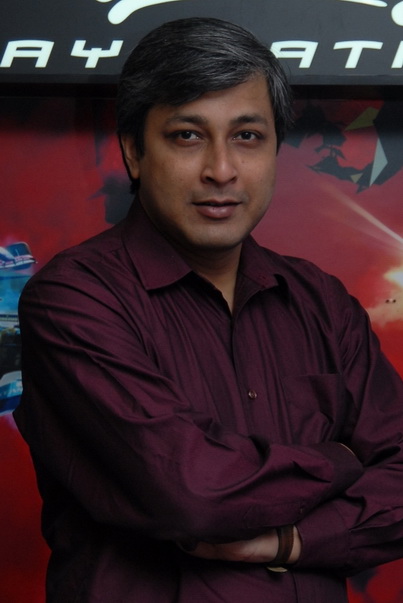 Gamingbolt recently got a chance to quiz Playstation India Boss, Mr. Atindria Bose and we discussed all things Playstation with him.

We talked about the hottest PS3 game right now, Killzone 3 but that’s not all that we asked him about. We also, spoke about the PSP’s successor, the NGP and lots more.

The NGP is undoubtedly the most talked about PS product right now and we too joined the party, asking Mr.Bose what can we expect from Sony’s latest handheld offering. Although, the details he gave are a bit sketchy, we did get to know his thoughts about the NGP.

When asked how does the NGP revolutionize handheld gaming and will people play console games on their handheld device rather than “handheld” games while they’re travelling, he replied:

“With the NGP, you will still have a handheld market, just like the PSP. It will co-exist with the PS3 in the market. The NGP has the dual touch screen, which truly revolutionizes the handheld gaming space, and does it quite well. I have personally played quite a few games on the NGP. I can assure you that it enhances both, the handheld and the gaming market.”

He also believes that the NGP will broaden horizons by stating:

“During the development of the games on the NGP, we are looking at both kinds of games. In any way, we do not compromise our core audience. Our first and foremost aim is to enhance their experience. Out second priority is to make sure we can broaden our horizons. Now take my word for it, the NGP will bring in broader audiences, it will bring in very good casual games, and they can be played very easily, with no button controls. At the same time, you will be playing iconic PlayStation games, using either the back touch pad or the front touch pad. And it’s a redefining experience.”

Lets see how things will pan out when the NGP hopefully releases later this year.