Sony on PS Vita: Our Focus Is Now on PS4 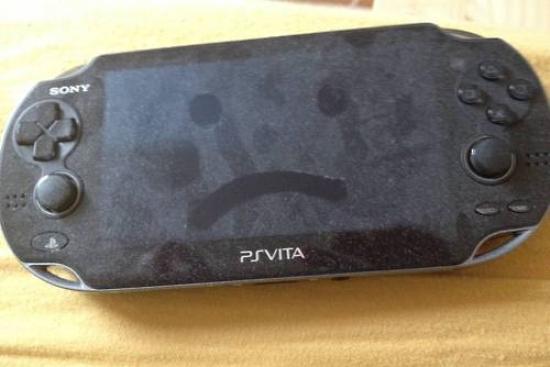 Two years ago, Sony released the PlayStation Vita, although you wouldn’t know it from the way they treat it. Completely ignoring it, marginalizing it, sabotaging it, and generally not caring about it at all except to maybe have a cursory statement about how it fits into the larger PlayStation ecosystem as an accessory for the PS4 (…a $250 accessory), they have so far gone out of their way to ignore the handheld, in favor of the PS4 and even their eight year old PS3.

That is not about to change. Today in an interview, GameReactor asked Michael Denny, vice president of Sony Worldwide Studios Europe, what the plan was for the Vita. Here’s his response.

“For us Vita’s still the best handheld dedicated gaming device out there. If you want quality handheld gaming, the Vita’s for you, and there’s a large array of content already out there for it, and more digital content that’s coming. I mean Borderlands 2 is still to come to the platform…”

Of note: Borderlands 2 is already out on the Vita. Yes, the Vita is such a great device, and Sony cares for it so much, that one of their own highest ranking executives can’t keep track of the system’s biggest launch in a while (which in itself was a poorly done port of a two year old game to begin with).

“You marry that with the remote play experience that people can get on PlayStation 4, I think it’s really still a great system for people. In terms of the focus of Worldwide Studios, I think you’ve clearly seen that’s going to be more in terms of PlayStation 4 going forward now.”

Right. So that’s the extent of the support the Vita can expect from Sony then- Remote Play functionality. Oh, and there was also this:

“So, as you said, there’ll be cross-play titles, there’ll be titles that are going cross-platform as well. There’s some big third-party titles still coming, and there’s lots of great, innovative new indie titles coming digitally to the platform.”

So basically, there are some ‘big’ (as in niche localized) games still releasing via third parties, and indie games in the Playstation ecosystem will be compatible with it. Otherwise, congratulations, you just spent a lot of money on a glorified PS4 accessory.

I like how Sony has handled its consoles, but the way they are handling the Vita is leaving a very bad taste in my mouth.