If true this could bring tens of thousands of games on Sony's new console. 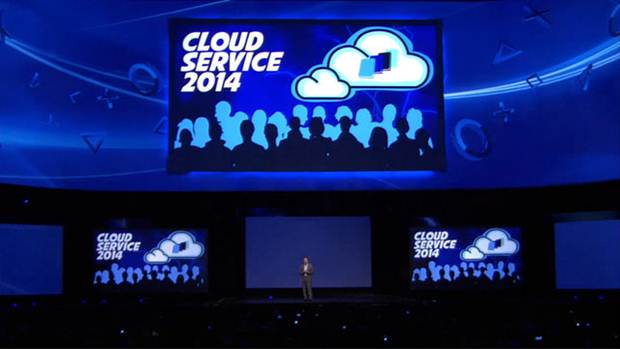 A patent has been filed by Sony sort of confirming suspicions that Sony has been working on a cloud based emulator for their previous games. This emulator would essentially bring back the entire catalogue of previous PlayStation games on the PlayStation 4. The following is a series of excerpts from the actual patent which speak to the proposed usage of the PlayStation remix:

“[0006] Finding new ways to play preexisting video games can increase the longevity of older games. Instead of replaying the same level or completing the same missions repeatedly, gamers often desire new challenges when replaying legacy games. In response to this need, game designers have begun to produce mini-games. Within a mini-game, the gamer can be instructed to complete new objectives or challenge their friends for high scores in a format that was not originally designed into the legacy game. Further, since the mini-game is derived from a legacy game, the gamer already knows the characters and basic components of the game, and is therefore more likely to play the mini-game.

[0007] Mini-games often do not begin at traditional starting points that were used in the original game. For example, the mini-game may begin near the end of a level, just prior to facing a final opponent, or the boss of the level. A boss is an enemy-based challenge which is found in many video games. Bosses are generally seen at the climax of a particular section of the game, usually at the end of a stage or level. Due to the climactic nature of fighting a boss, mini-game designers may choose to use this section of the game as their starting point. In order to make the mini-game more challenging than the original version, the game designer may also want to limit the number of lives a player may use, or change other game parameters such as the amount of health the main character has remaining Other game scenarios may be chosen as starting points for a min-game. For example a mini-game may begin with the game player being the batter in a baseball game where there are two outs in the bottom of the ninth inning and the batter’s team is down by one run.

[0008] However, in order to generate mini-games that start with these specific circumstances a game designer must reverse engineer the underlying code in each game and then rewrite the code to enable the mini-game to start under these specific conditions. This process is time consuming and expensive, because it may require multiple engineers to redevelop a single legacy game. Additionally since mini-games are shorter than full-length games, there is a need to produce mini-games in larger quantities”

Sony will be launching Gaikai later this year and it will be interesting as to how this ties up with the service. Let us know your thoughts in the comments section below.