Sony has filed a patent for a new design for a PSP controller.

The patent, which appears to show a PS3 controller hooked up with a PSP, will look to correct many aching hands and sore thumbs by using a console controller for the portable system. 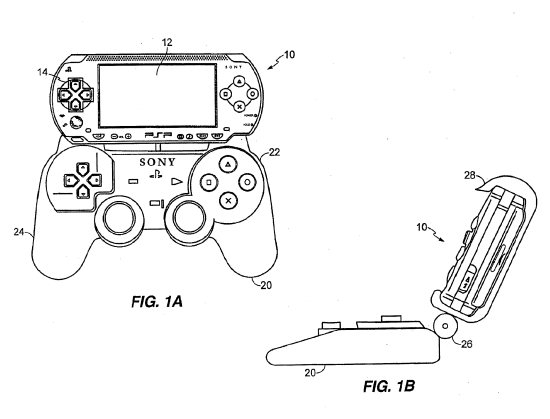 While it looks a tad unwieldy, and most definitely less portable than a regular PSP, it’s a step in the right direction to make many gamers return to Tekken or Worms on the Sony portable.

While the PSPGo already has the option to connect other controllers to it, this patent suggests the feature will be making its way to the other PSP editions. Judging by the image, it looks like the PS3 controller will either be attached directly, or with a hinge.

Most interestingly though, this hints at the option to use a second thumbstick- the most craved feature by fans since the PSP was created.