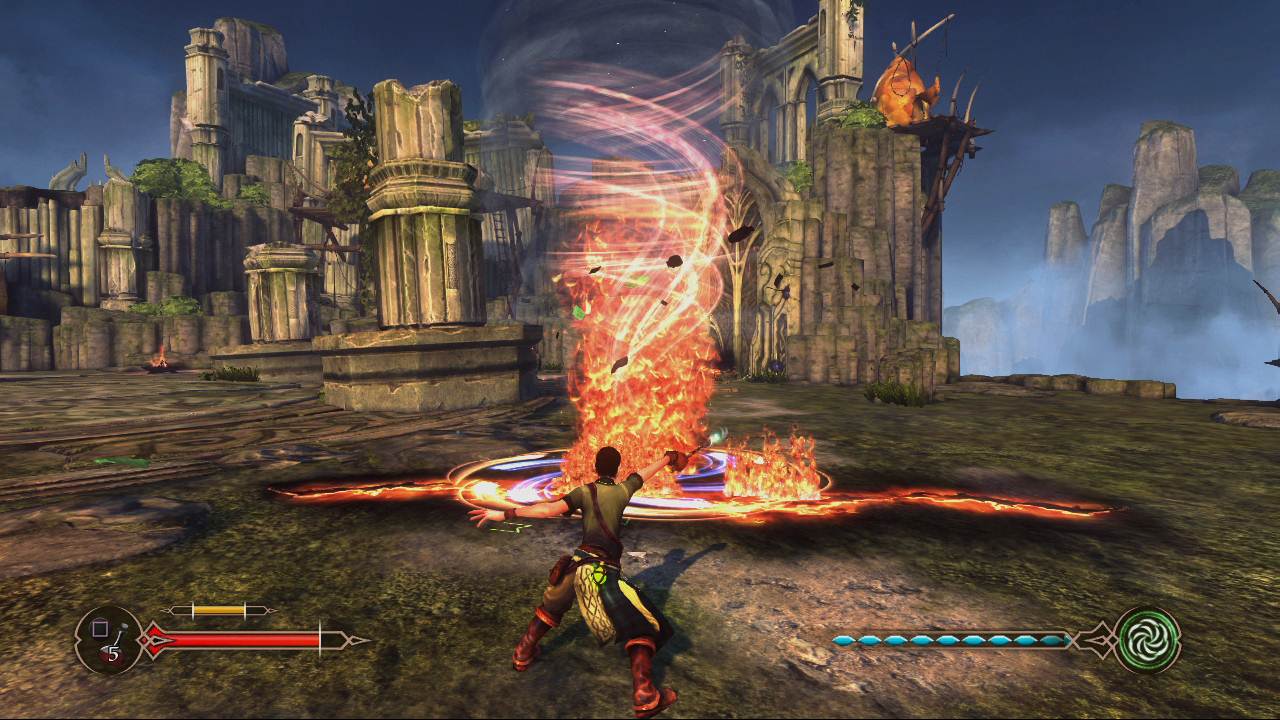 Sony have released a PR which included some new details for the 2012 game, Sorcery.

PlayStation brings the world of magic and wizardry to life with Sorcery, the newest addition to the PlayStation®Move motion controller software line-up.

The Nightmare Queen has broken the ancient pact with mankind and threatens to cover the land in eternal night.  As a young sorcerer’s apprentice, it is up to the player to master the arcane arts and fight back the foul creatures of this magical realm.  Sorcery puts the power in the players’ hands using the PlayStation Move motion controller and letting them conjure and command powerful magic as they brave the dark world of the Faerie Kingdoms.

On their journey, players will encounter a multitude of enemies, solve ingenious puzzles, learn powerful spells, and craft strange potions with the in-game alchemy system.  With over eight spells that can be used in various combinations and countless items to discover and collect, Sorcery immerses players in a unique fantasy adventure like never before.

¨    UNIQUE COMBO SYSTEM – The gesture-based casting system lets you chain together basic spells into powerful combos.  Freeze and shatter your enemies, electrocute them with lightning called down from the heavens, or incinerate them in a lethal firestorm!

¨    A LUSH AND VARIED WORLD – Explore five unique realms, each with their own enemies and challenges.  Descend into the kingdom of the dead to battle the Banshee and the Restless Dead warriors, venture into the endless stair where vicious bogies are wreaking havoc, brave the faerie forest, raid the Slumbering Palace to free Lord Fey, the Faerie King, and much more!