One of best experiences on the PS Vita.

Posted By Rashid Sayed | On 28th, May. 2013 Under Article, Reviews | Follow This Author @GamingBoltTweet

Losing Monster Hunter must not have gone down well with Sony. The PSP’s resurgence in the Japanese market was entirely due to that series, so now, what about the Vita?

Is it doomed to mediocre sales for the rest of its life? Or would its creator aggressively try to court developers into creating something that does in fact give it a chance in the ever challenging video games market?

The answer is Soul Sacrifice; a game made by previous Capcom executive, Keiji Inafune, in collaboration with Sony. Well that sounds great, but is the game a proper replacement for Monster Hunter? First, let me get this doubt out of the way. It has nothing to do with Monster Hunter except for some similar themes. 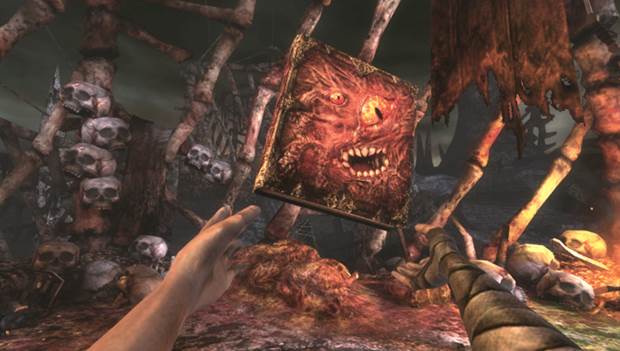 Soul Sacrifice is purely a single player game that offers tons of content and is definitely something that is a showcase for the Vita’s hardware. The game starts off in style, too.

You are a no-name prisoner captured and in a cage, ready to be executed by an evil magician. The guy who was in the queue before you dies a horrible death, and it’s your turn next. So what do you do?

Luckily, you find a talking book called Librom, which is filled with secrets, and is the key to you getting out of that place and possibly defeating the evil magician. Librom gives you the quests and also contains all the inventory details from where you can customize your character.

The story is told in an interesting way where you get to relive the memories of the evil magician–who was actually a good guy at one time. The point here is to find out how he turned into evil and what circumstances led to that change.

It’s not going to be easy though. This is a massive game and reaching the end and finding answers to all your questions will take a lot of time. In a way it’s refreshing that a handheld game contains so much content and makes it easier to pick up and play due to the mission structure.

The game is all about magic, gore and violence. It’s about punishing your enemies, sacrificing them, using your body parts to create weapons to do damage to the things standing in your way. It also features a good customization options which allows you to choose the magic type, the way your character looks and so on. 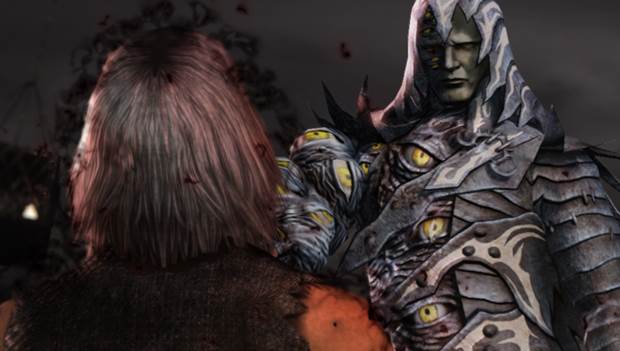 The game looks great on the Vita screen. The lighting effects really does make the game stand out a bit. However, considering it’s a handheld game there are limitations like low res textures. That’s not really a major issue though since all you will be doing is fighting enemies and trying to survive.

There are two major mechanics in the game that are available to you after defeating an enemy. You can use the enemy’s soul to either increase your health bar or magic bar. This has to be done properly depending on what’s required.

The game eases you into a tutorial with weak enemies early on and it will be very easy to beat them and get the hang of the controls, which are very smooth. I had a doubt whether the controls would do justice to the game since it’s on a handheld, but there’s absolutely no problem with that.

As you flick the pages of Librom and fight enemies, you will become stronger, gain more powers and advance in the story.

The animations when you activate a power is well done and it really does feel like the developers wanted players to see how cool it is to have powers like that. The game contains a variety of powers like short range attack boost to some massive damage attacks.

For example, you can transform into a boulder and charge into an enemy, and if it’s a lowly one, then you can eliminate it with this move. Using such moves will reduce your magic and you need to use the souls of your defeated foes to replenish the bar. The level design is constricted but considering it’s a handheld game it is something that we normally don’t see often. When you compare it to console games, sure, it does look weathered down, but on handhelds it becomes an ambitious thing. 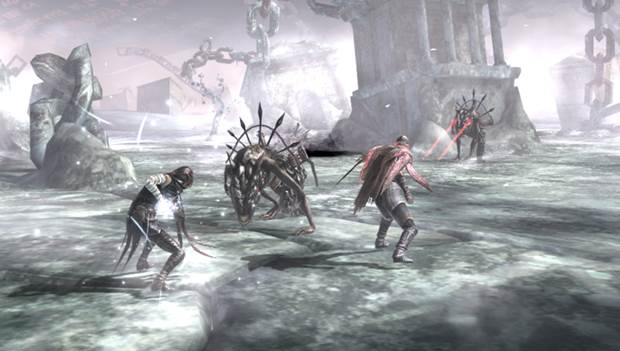 There are powers in this game that will clean out everything on the screen, including bosses. But there’s a downside to all that. The more powerful your attack, the more weak your body becomes, and also requires a rare resource to be completely healed. It’s like a game of chess where you have to plan your moves properly, avoid enemies when your health is low, and somehow try to win without taking much damage.

One thing I was disappointed in was the story. There’s hardly any motivation to do things the book tells you to do. It’s about the end goal of escaping from the predicament you find yourself in, and there’s hardly any narrative branches to make things interesting.

However, the game is an ambitious one on a handheld, and is arguably the PS Vita’s best game so far. There may be Uncharted’s in the future, but when you look at the amount of unique features Soul Sacrifice possesses, filled with inspiring art design and menacing enemies, it automatically takes it a level higher than the rest.

The story is lacking. Camera can sometimes be a hindrance. Textures are of low quality.

Soul Sacrifice is a game that the Vita desperately needs to make a mark in the current market conditions. It probably won’t be enough to save the handheld, but it does give people enough incentive to go buy the device. It’s a spectacular RPG.

A copy of this game was provided by developer/publisher for review purposes. Click here to know more about our Reviews Policy.
Tagged With: PS Vita, sony, Sony Japan Studio, Soul Sacrifice