The game Nail’d comes out tomorrow November 30th for the Xbox 360, Playstation 3 and PC.  It’s developed by Techland and published by Deep Silver in association with Southpeak Games.  It’s an ATV, Dirt bike, Motocross grind your teeth racing game that has some pretty unique modes in it like Detonator where players play hot potato with a bomb strapped to their back and must preform a boost feat to send it to another player. 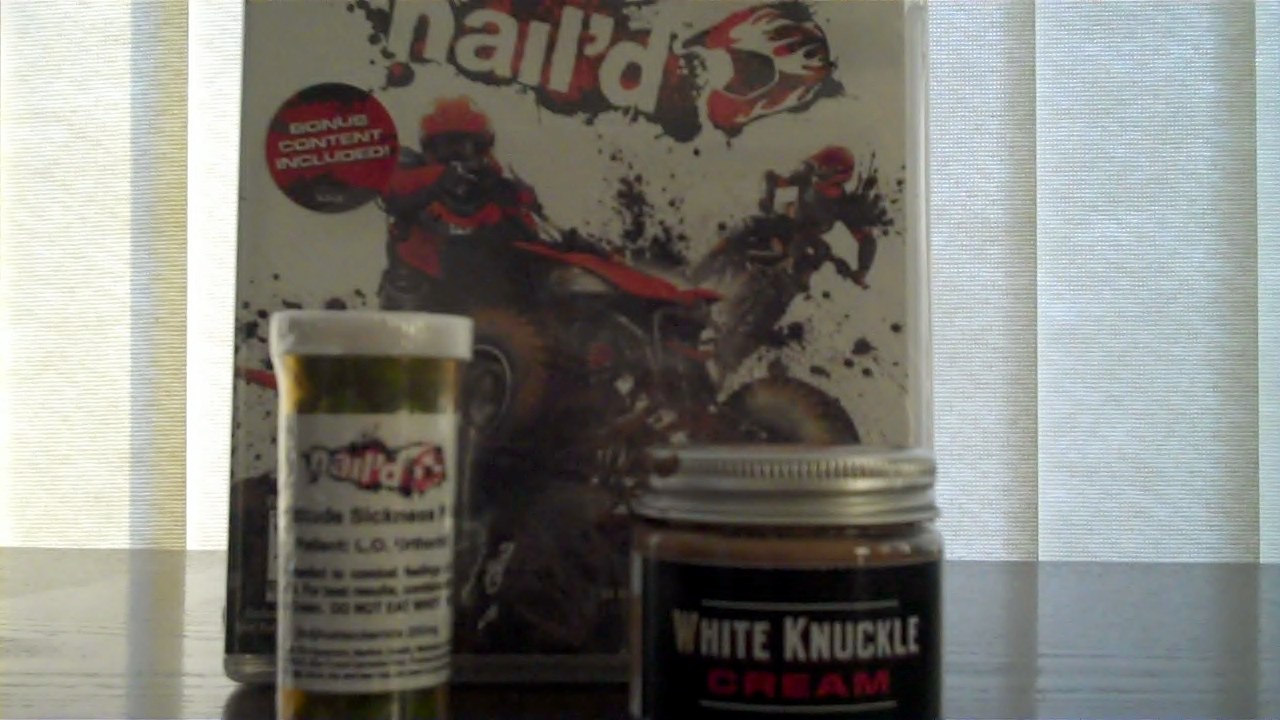 Southpeak Games has prepared us with some Altitude Sickness Pills (spearmints) and the best yet is the “White Knuckle Cream” which actual says on it “Relieves: uncontrollable fear, trepidation, timidity, hesitation, anxiety, abject consternation, uneasiness”.  While that statement gave me a laugh, the cream can actually be used for White Knuckle Syndrome stating “The intensity of Nail’d forces you to grip the controller tighter, causing blood to flow away from the knuckles in fear.  This is commonly know as ‘White Knuckle Syndrome.’  Apply a generous slathering of White Knuckle Cream to your affected knuckle region for higher scores, increased confidence and overall awesomeness.” – “Feel the intensity at www.whiteknucklecream.com”.  As hilarious as this promotional cream is you can actually use it but the Altitude Sickness Pills clearly state DON’T EAT THE CREAM.

A review of Nail’d will be up soon, so stay tuned for that.  I don’t know what’s more entertaining at this point though the game or the funny cream and pills we received.  What will Aubrey think of next.