There is no shortage of roguelike games on the market, nor is there any shortage of games that evoke old-school Zelda titles in both look and feel. Sparklite, though, looks unique because it’s doing both those things at the same time. The thing is, however, that according to the developers, it’s trying enough new things that it doesn’t fall within the conventional description for what a roguelike is. Eager to know more about this curious title, we recently sent across some of our questions about it to the development team at Red Blue Games. The following questions were answered by Lucas Rowe. 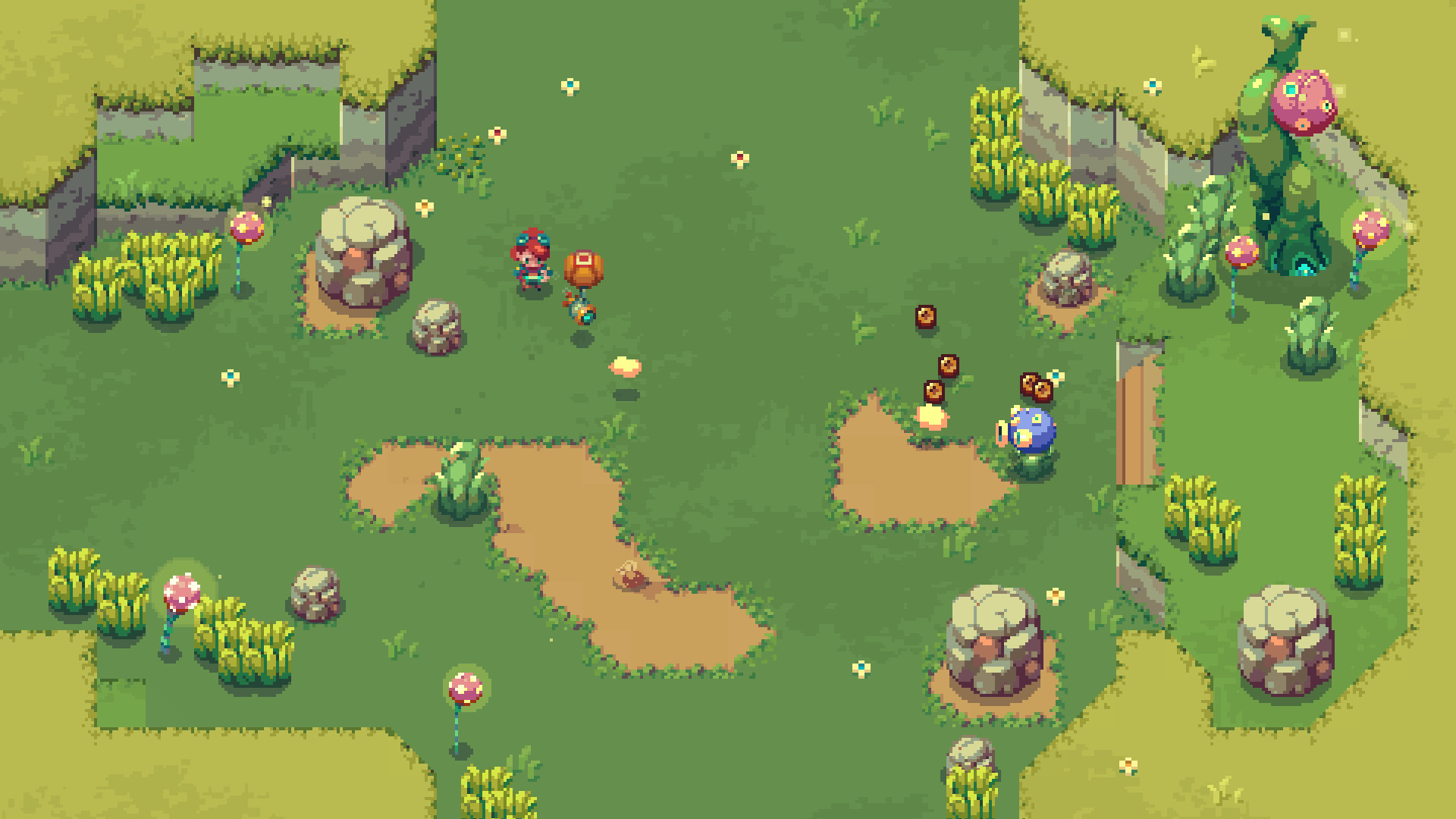 "Almost without fail, if an article is written calling Sparklite a roguelike, there will be people, understandably, debating the term and its application to the game in the comments. And it’s a fun debate to have. But we’d prefer to not be in constant defense of the term and would rather just find more descriptive language."

Given how many roguelikes are released every year, did you have any reservations about attempting one yourself with Sparklite?

We do have some reservations but they are more around the fact that the label has become very nebulous and doesn’t do a good job of explaining Sparklite, especially at this point in its development. Almost without fail, if an article is written calling Sparklite a roguelike, there will be people, understandably, debating the term and its application to the game in the comments. And it’s a fun debate to have. But we’d prefer to not be in constant defense of the term and would rather just find more descriptive language. So at this point we don’t really consider Sparklite a roguelike but you’ll see the genre’s influences in the game for sure.

The obvious point of comparison for Sparklite is the classic Zelda games. Was mixing up roguelikes with the Zelda formula something you explicitly set out to do, or was it more of an organic result of your take on the roguelike formula? If you did set out to mix Zelda-likes and roguelikes, what prompted the idea in the first place?

I would say your analysis isn’t too far off. We had been playing a lot of roguelike games four years ago and so those mechanics were fresh in our head as we were brainstorming our first games. We really fell in love with the short play sessions, random surprises, and game-altering scenarios that are possible with permadeath and procedural generation. And like just about every game-dev in our generation, we have always wanted to make a game inspired by adventure games like Zelda. So I guess the answer to this is that yes it was a fairly explicit mashup, though there was a ton of experimentation around the mechanics from both genres.

Roguelike games have a reputation for being incredibly difficult, though titles such as Dead Cells have managed to break that perception a bit (in part because of their own mixtures with other games’ formulas). You have previously said you want Sparklite to be accessible—how are some of the ways you are attempting to ensure that?

One of the major differences is the degree to which player progress is saved. Very little of player progress is lost when you fall in combat. So while many roguelikes emphasize knowledge as the primary thing you get to keep when you die, preserving progress ends up giving Sparklite a bit more of an RPG feel. The overall tone is also very far away from most roguelikes. I think the brutal tone of something like Binding of Isaac worked really well for the mechanically brutal game that is. But we wanted to give our players a much more pleasant experience, even if they are “dying” (you don’t actually die) a lot. 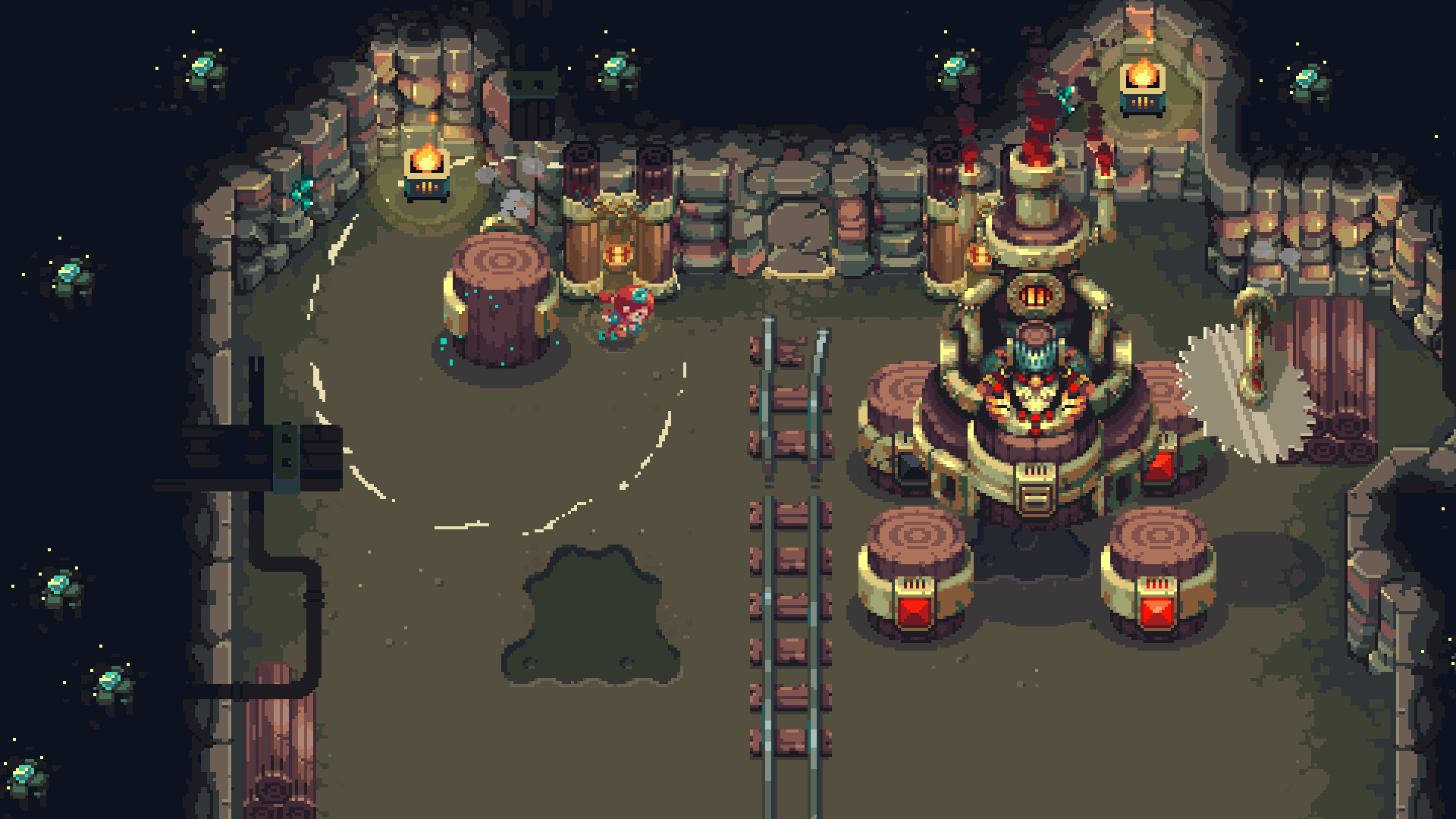 "The extreme power was certainly something we wanted to highlight. Magic itself doesn’t exist in the world of Geodia, but science and technology do. "

Sparklite has this gorgeous art style that is evocative of A Link to the Past, but at the same time, the game itself references and features more “high tech” weapons and enemies than the fantasy aesthetic suggested by the visuals evokes. Was this again a conscious subversion?

We really wanted to highlight that the Sparklite ore itself enables amazing, almost magical, tech. So players will see the good guys wielding it to do things like keep their buildings afloat. But they’ll also see the gremlins powering terrible weapons of war with it. The extreme power was certainly something we wanted to highlight. Magic itself doesn’t exist in the world of Geodia, but science and technology do.

You’re hitting multiple platforms at once. How has working with each of these platforms been? Did you ever feel limited by having stretched yourself too thin, as it were?

Yeah it’s certainly been very difficult for our small studio. The other guys at Red Blue though came from a studio that did many cross-platform titles so many of the problems have been foreseen. But between achievements, controller compatibility, saving/loading differences, and several other features it has been a ton of work to do before release. To help with the sheer amount of work along with some of the more obscure issues we brought on some ex-colleagues of ours who really know what they are doing. Without them there’s no way we could have done a simultaneous launch without a delay.

One of the most beloved parts of the classic Zelda titles is their immaculately constructed dungeons. You have previously mentioned wanting to channel the spirit of Zelda. Do you consider dungeons to be a part of that spirit? If so, how do you reconcile procedural generation with their tightly designed challenge?

This is a very astute question and one that has weighed on us a lot during development. We ultimately decided not to lean too heavily on dungeon gameplay. Very few puzzles work well in a repeated context and procedurally reproducing the elegant progression of puzzles you see in a Zelda dungeon is not something we wanted to tackle, at least in Sparklite 1. Instead what you’ll see are mini-puzzles and small challenges that slow down the pace and make you think a bit, without being boring to see again in the future.

A lot of indie games choose to debut on Game Pass on Xbox One. As of right now, that isn’t true for Sparklite. Are you working on getting the game on Game Pass, or have you determined you would rather not be there at launch? Why or why not?

One of the great things about having a publisher is that they have been handling things like this. So I unfortunately can’t really elaborate on this, at least at this time. 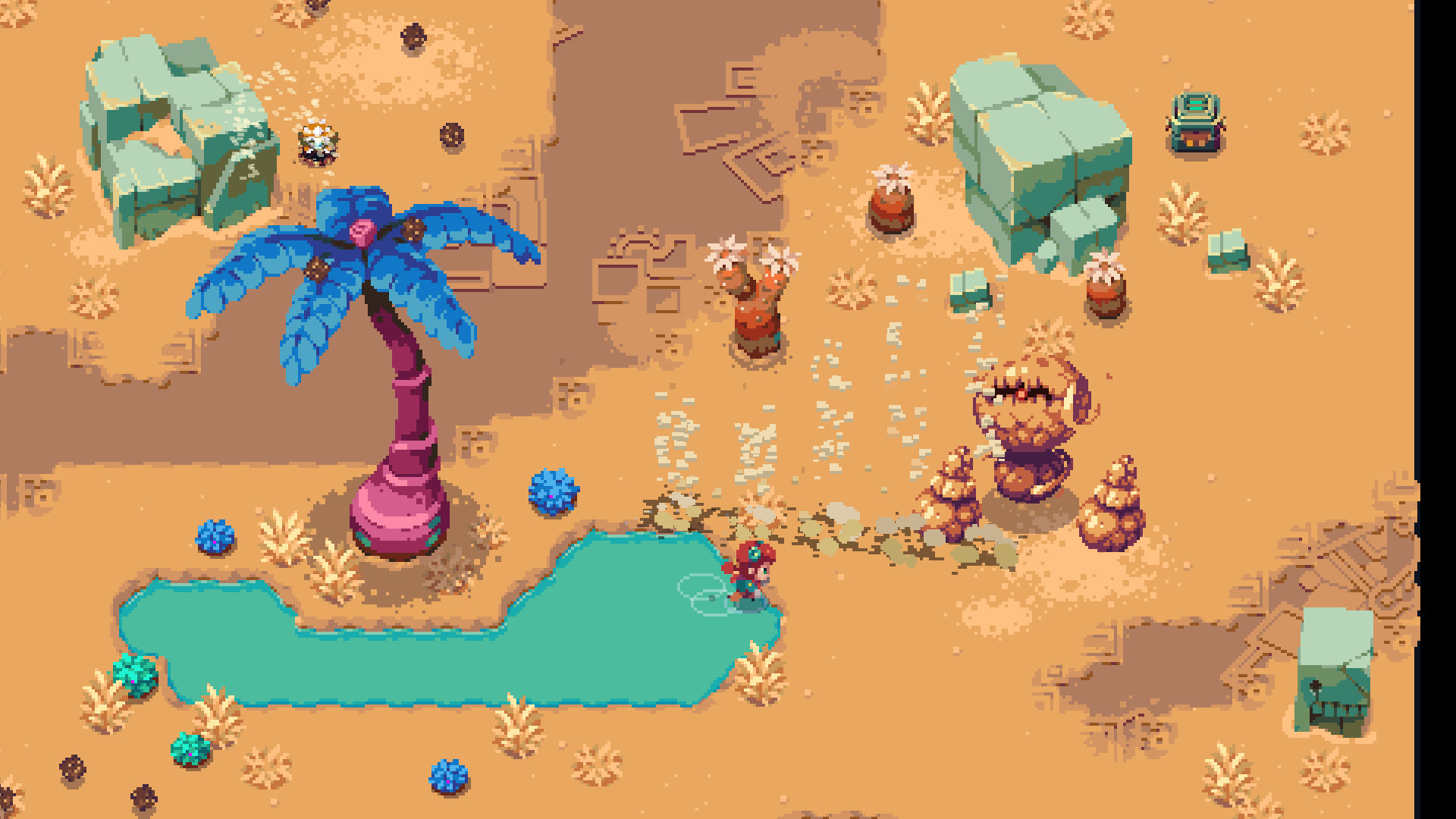 "Everyone on the team, the composer, the artists, the coders, the publishers, have put so much love and heart into building a unique, fantastical, and a little nostalgic, experience. We just really hope that players can feel that when they experience the game themselves."

As artists and developers, what is the one thing you want to tell the players who are about to embark on adventures in your world?

Everyone on the team, the composer, the artists, the coders, the publishers, have put so much love and heart into building a unique, fantastical, and a little nostalgic, experience. We just really hope that players can feel that when they experience the game themselves.

Well, having fast disk access will be a nice tool to have during development, but at this time we really don’t depend on the disk all that much since we can keep so much in graphics memory. But I’m sure the added performance of load times will be appreciated by end users.

Game ownership is becoming a big debate now with the streaming and subscription services that are coming out. We come from a generation that thought they were buying a game and not a license to play the game. So we’re definitely excited by backwards compatibility and it’s great to see console makers embracing it. But I’m also really interested to see how the industry evolves in this area.