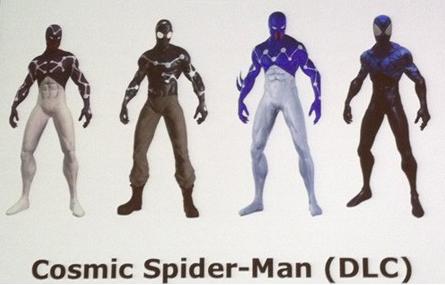 Thomas Wilson, creative director for Spiderman: Shattered Dimensions revealed at this years New York ComicCon that later this month we will get some DLC for the game in the form of different costumes, most of which were pre-order bonuses for the game.  Some of the costumes include the “Cosmic” suit (Gamestop) which gives you a “signature charge attack” as well as the “Negative” suit (Best Buy) which can only be used in the Noir Dimensions where the Cosmic suit can be used in any.