Splatoon 2, the sequel to Nintendo’s hit Wii U exclusive third person shooter, has just had a brand new stage for its multiplayer modes revealed– it’s called Humpback Pump, and it looks pretty creatively exciting, with the stage apparently being a modified indoor BMX park, with a whole lot of variation (while still maintaining the series’ signature penchant for symmetry to its maps, of course).

The new stage actually looks to provide for some great opportunities for high level play, with multiple spots allowing for hard to reach vantage points, choke points, and bottlenecks, while still maintaining open spaces- this should be a stage that translates just as well to unranked casual play as it does to ranked modes.

Splatoon 2 is set to launch exclusively on the Nintendo Switch come this Summer- the exact release date is unknown. We did, however, get a chance to play the game recently during the Global Testfire server stress tests Nintendo held, so we know what to expect from it somewhat. 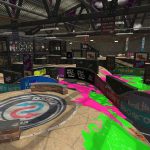 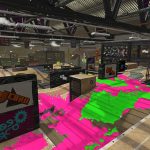 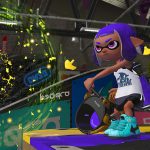 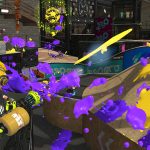