Famed Nintendo designer didn't see the appeal of the upcoming Wii U shooter (at first). 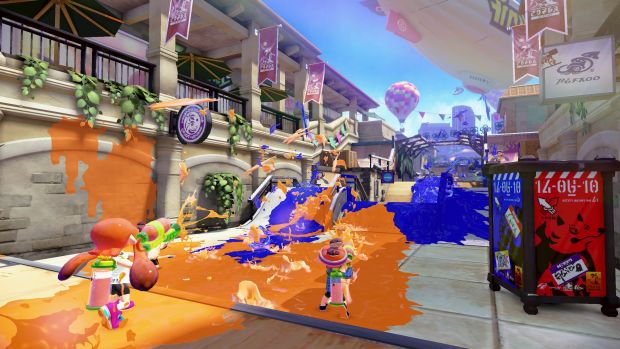 Of the many new concepts to come along from Nintendo, Splatoon is arguably it’s most unique. As a multiplayer arena shooter, it focuses on beings that have mark the majority of the map with ink to win. They also have the benefit of transforming into squids to quickly traverse through the ink, though enemy players can do the same and slow them down with their own ink in the process.

It’s an intriguing concept but one that didn’t really impress Shigeru Miyamoto in the beginning, according to co-director Tsubasa Sakaguchi. Speaking to EDGE, Sakaguchi said that, “[After] the prototype phase, we had all these ideas about the height, the ink, the characters, and the image of the character and the squid. But we couldn’t kind of filter it down to a final result that would result in a simple, fun game. And during this period, we were being scolded by Mr Miyamoto all the time.”

Producer Hisahi Nogami clarified exactly why. “He was saying, ‘I don’t understand. What do you want to do? There’s no appeal to this game.’”

Director Yusuke Amano added that, “We had the basics. And then we were like, ‘Let’s add the hiding [in ink] feature; let’s add jumping; we need height, because it’s a 3D map.’ And then we thought, ‘We need to be able to shoot up and down.’ And we realised we’d added all this stuff, and we got confused. We didn’t know what the game was about.”

That was until the squids were added and further polish was added to earlier builds, thus resulting in a game that changed Miyamoto’s opinion. Splatoon will be out on May 29th for Wii U in North America and Europe so we’ll see just how well it fares.