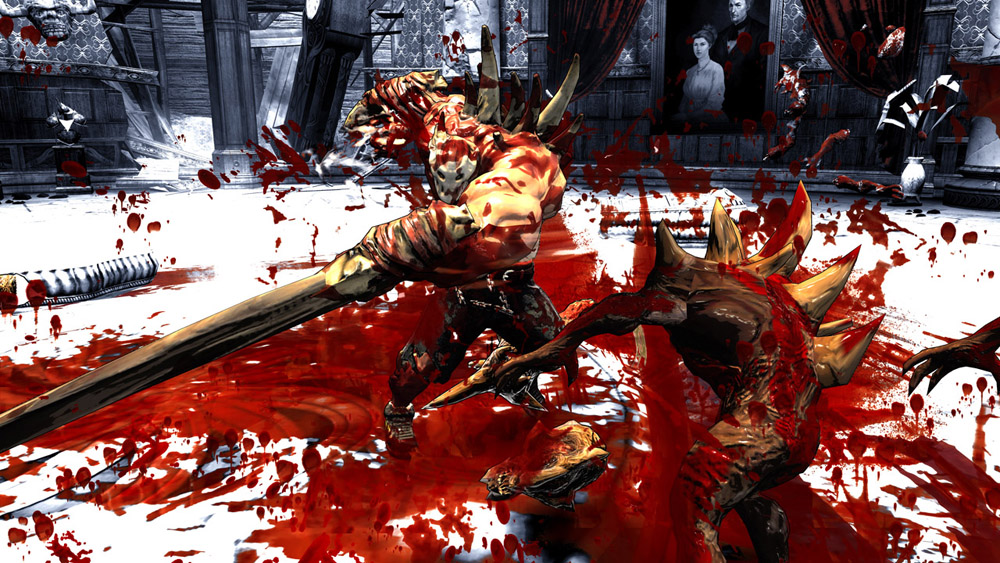 Note: Please click the image to see it in a pop up and use back-next button to navigate through the images.

Boasting tracks from many of the top names in metal, the Splatterhouse soundtrack fits perfectly with the game’s brutal gameplay and over-the-top gore. The full track list follows:

Splatterhouse follows college student Rick Taylor as he embarks on a mission to rescue his girlfriend, Jennifer, who has disappeared after entering a mysterious, run-down mansion inhabited by the elusive scientist, Dr. West.
Confronted by horrific, otherworldly abominations under Dr. West’s control, Rick turns to a mystical sentient mask that promises to give him the power to reunite him with his beloved Jennifer. Fraught with desperation, Rick dons the “Mayan Terror Mask” and is transformed into a raging juggernaut, unleashing unadulterated violence and destruction upon anything that stands in his way.
Splatterhouse will be available for the PlayStation 3 and Xbox 360 system on November 26, 2010.