Splinter Cell is not only one of the hallmark stealth franchises, but also one of the best franchises we have ever seen ever in gaming, period. And while many fans have a problem with Splinter Cell: Conviction and the way it handled things for the series, and just how “less” hardcore it was when compared to other classic titles in the series- like Chaos Theory, for example-, it was, when all was said and done, an awesome game. Still, it did have a lot of problems.

We know, though, that there will eventually be a Splinter Cell 6, and when there will be, we want it to be awesome. Like, Chaos Theory level awesome. And for that, Ubisoft will need to make many changes to the formula, bring back several new things, retain some awesome features from Conviction, and make a few tweaks to others. So listed below are 10 things that might make Splinter Cell 6 the game we’ve been waiting for since Chaos Theory, and the ten things we definitely want it to have.

Enjoy the article, and be sure to give us your feedback, and what you want to see in Splinter Cell 6, via your comments below.

Splinter Cell: Conviction had some really stupid AI. Enemies went past dead bodies of fellow guards and ignored them, raised no alarms. They did not see us even if we were directly in their line of vision, just because we were in a stupid shadow. They came to the sound of gunshots like stupid children. Have a look at that video, you might get an idea what I’m talking about. Maybe it’s just because I’ve played Deus Ex: Human Revolution recently, so I might be a little spoiled right now, but I expect stealth games to have awesome, very realistic AI. So I expect Splinter Cell 6 to work on this issue.

Splinter Cell: Conviction’s stealth was very… light. It was not like previous Splinter Cell games, which had thousands of elements that came into play, multiple gadgets to use, hundreds of ways to outsmart your enemies. It was more like Splinter Cell Lite. As slick and focused the game became because of that, it disappointed us greatly to see one of the best stealth franchises ever letting go of so many great elements from previous installments in the franchise. We want the hardcore, deep, complex stealth gameplay from previous Splinter Cell games to make a return in SC6. It wouldn’t be too much to expect, would it? 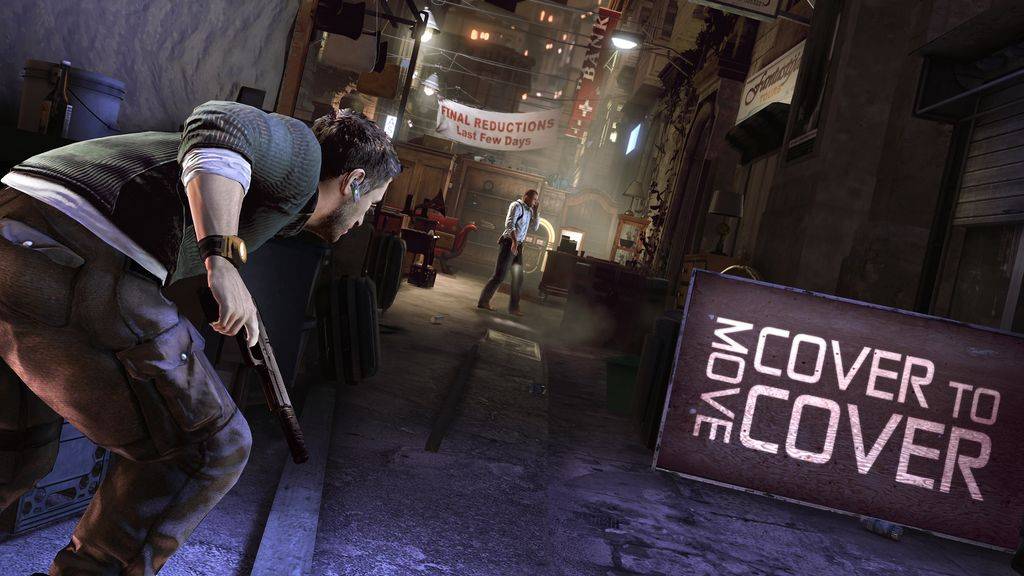 Splinter Cell: Conviction’s story made perfect sense for hardcore, longtime fans of the series like myself, but for those who were new to the series (and a lot of people were), the story made simply no sense at all. A lot was going on in the game, and everything made tons of references to events and people from games that came before. Maybe making Splinter Cell 6, with some references to the franchise as a whole and also introducing a story that newcomers can get into will solve this problem.