Could the sequel to 2013’s reboot be dropping the last gen version? 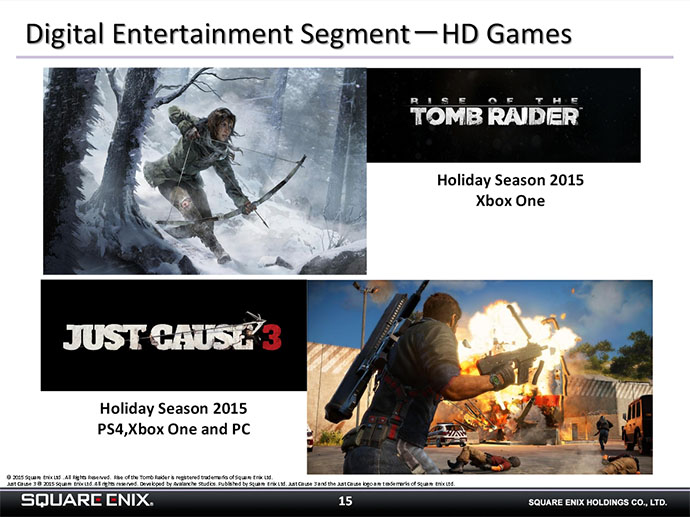 When Rise of the Tomb Raider was announced as an Xbox timed exclusive at Gamescom last year, there was something that a lot of people forgot in the controversy that followed- the game was also coming to the Xbox 360 in addition to the Xbox One. Personally, while I understood the financial reasons for such a move, it did disappoint me, as it seemed clear that the game would be held back by the limitations imposed by the Xbox 360’s now ancient hardware.

However, something might have changed- in their newest financial report and forecast for their investors, released today, while Square Enix list Rise of the Tomb Raider as a title coming later this year, they only list it for the Xbox One. There is no mention of an Xbox 360 version, as spotted by Salromano at NeoGAF.

This could be most interesting- has Square decided that, given the dismal state of the last generation software market, it is no longer worth it to devote resources to developing a version for the Xbox 360? Or is it possible that Square isn’t even developing or publishing the Xbox 360 version, with porting and distribution duties falling instead to Microsoft?

We don’t know yet, but we should, soon- E3 is coming up in a couple of weeks, and between Microsoft and Square Enix both having their press conferences, we should have some clarity on this game and its ultimate status soon enough.