DICE developer Jesper Nielsen on how they are working hard to develop a great game. 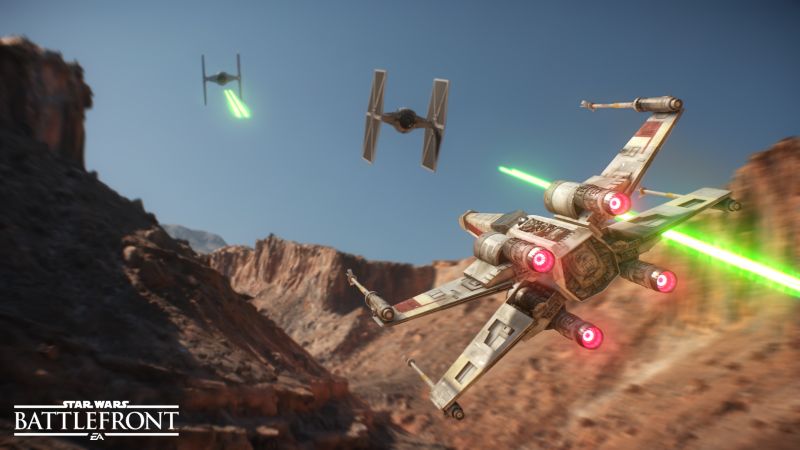 DICE developer Jesper Nielsen was recently on Reddit, taking questions and doling out answers where he could. Ever since Battlefield 4, player’s trust with DICE has hit an all time low. Due to this certain players believe that DICE and EA are simply milking their products and will continue to do so with Star Wars Battlefront.

However Jesper defended DICE and EA against such claims on Reddit. “I don’t at all agree with what you’re saying, and we have a lot of passionate, hard-working people spending countless hours trying to make a great game experience. It’s ok if you don’t like it, but I get sad when people paint the picture of us just doing knowingly bad things. If you ever get the chance you visit DICE, I think you would quickly see how much passion and energy goes into games like these.”

Moving on, as anyone under NDA will tell you, it can be a bit bothersome when people ask you a question that you can’t answer. It’s because of this that Nielsen had to say that DICE are not using “evasive tactics” after one user called him “slippery”.

Perhaps what’s less defensible is his response to features being cut from the game. The original Battlefront games offered many maps, player classes that balanced the game, a huge array of vehicles, space, air and land combat (sometimes combined),  the list goes on. Jesper said the following regarding the same. “That features do not a great game make. And it’s also depends on how you look at; it’s a reboot, so it’s not really matter of “cutting out” anything. I do understand what they’re saying, but… if that’s how you want to look at it, there’s no much I can do about it :)”

However, Jesper acknowledges that there is definitely room for improvement. “I definitely agree there’s room for improvement in the areas you’ve highlighted and it’s things we’re often talking about. Not working directly with Battlelog anymore, as I said, so I can’t comment on what is or isn’t happening, but trust me, people are listening to all of that feedback.”