Whether you played the beta or not, it was hard not to hear about Star Wars: Battlefront these past few weeks. “The visuals were outstanding but the balance between the Rebels and Imperials in Walker Assault was horrible.” “The atmosphere was fantastic but the incessant grinding for gear is repetitive.” “The sound design and soundtrack are top-notch but this is nothing like Battlefront; in fact, it’s way too simple compared to other shooters.”

These aren’t really direct quotes as much as the general consensus. In fact, in our very own preview, we talked about how the action was little more than a shooting gallery and how it only fed into the desire for a true successor to Battlefront II. I’m not here to talk about the competitive multiplayer aspects of the beta so much as the general focus of the game.

"I’m not going to hate on missions where you need to clear out waves of foes but when even Destiny is doing a better job and offering more narrative with the same, you have a problem."

We get it – Battlefront was inherently a multiplayer series and it didn’t focus too much on the Story mode. I understand that the Survival missions aren’t really meant to offer any kind of real drive or narrative; they’re just there for wasting time with a friend. It’s another matter that the Survival mission in the beta was bland to the point of being objectively boring but the focus of the game is on multiplayer. So why even bother with Survival?

And herein lays my main issue with DICE’s Star Wars: Battlefront. I don’t doubt it will be a commercial success – heck, the beta had nine million participants and was only up for a few days – but the game’s hype is being built solely around its multiplayer. Remember other games that were built for just multiplayer? Titanfall and Evolve come to mind and despite promises of single-player modes, they ultimately fell flat in that department.

“They were billed as multiplayer-centric titles” you would say. Yes but with such interesting universes and compelling mechanics, why not make a traditional single-player campaign to go with the multiplayer (or at least do a little bit more than tack on some voice-overs and a few cut-scenes and call it a day)? If Call of Duty hasn’t managed to ditch its campaign altogether and recognizes that players want a variety of scenarios to experience, what’s the point of other titles doing the same?

In the case of Star Wars: Battlefront, it’s even more pronounced because…well, it’s Star Wars. There are many other universes that we’ve grown up in and experienced throughout our lives but Star Wars resonates with so many of us. That first trip to the Death Star, the lightsaber battles that were more nuance and psychology than flashy acrobatics, the star-bound battles, the characters and the moments they built to – Star Wars has all of this. With regards to that, it’s a little sad to see Star Wars: Battlefront simply push a Survival mission on to us and call it a day. I’m not going to hate on missions where you need to clear out waves of foes but when even Destiny is offering a more compelling narrative with the same, you have a problem. 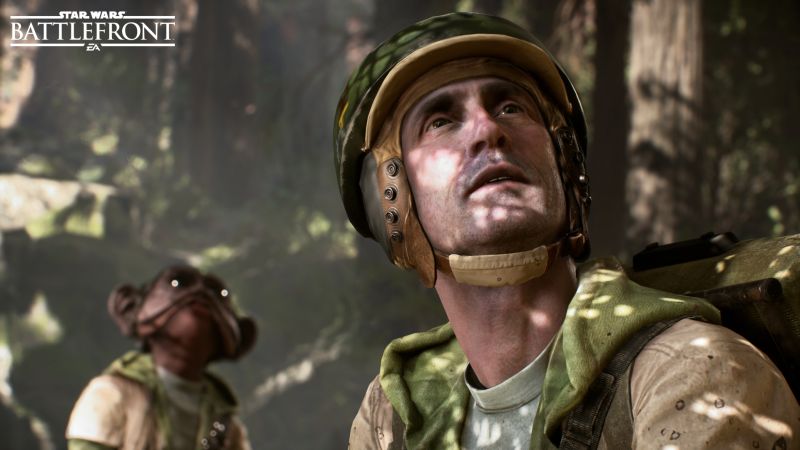 "Though multiplayer games will continue to rise in the coming years with more games opting for online-focused experiences, there’s no denying the need for a strong narrative."

Even if DICE decided to only feature competitive multiplayer, it still seems like a massive waste of potential. Did multiplayer-only gameplay make the Battlefront series what it was? Why not try to truly change things up in that regard? To me, it’s crazy to see all these amazing visuals and set-pieces but to only really be a small piece of the machine that must rely on random elements like spawns, balance and item pick-ups. If people are too bored with the original Star Wars events – and I can guarantee that’s not the case, since the entire multiplayer is based on that and it had an amazing turn-out for the beta – then why not use the upcoming Episode VII to deliver some unique campaign missions? Given the production values on display, Star Wars Battlefront could have served as the definitive depiction for the Battle of Jakku for years (especially since that license isn’t leaving EA anytime soon).

This isn’t to say that DICE’s efforts have completely gone to waste. With some fine tuning and tweaks, Battlefront will likely become a popular multiplayer experience for years to come. It’s just a shame that it’s not aspiring to more, especially when it comes to having one of the most prolific sci-fi stories in your hands. Can one not innovate within that or deliver a compelling game? Did games like the classic 2D side-scrolling Super Star Wars series or even Star Wars: Shadows of the Empire on the Nintendo 64 not deliver compelling experiences based on the original canon?

Though multiplayer games will continue to rise in the coming years with more games opting for online-focused experiences, there’s no denying the need for a strong narrative. The single-player component, even if it does facilitate online play and co-op, isn’t meant to be replayed until the end of time. It’s meant to offer a compelling vehicle to explore the game’s ideas and universe, the ground the player in his surroundings and to help him realize the significance of the events taking place. More importantly, it only immerses a player more when he becomes significant to the events taking place.

There’s no better example than Star Wars in this regard and it’s a shame that Star Wars: Battlefront with its immense budget didn’t at least consider that avenue in 2015.