What would you call a game, albeit free, that asks you to go to a store to pay money to get the ability to skip levels? Is this is worse way to monetize a game? I believe so. Stardrone Extreme for the Vita isn’t a new game, it’s been done before, but the iteration on the Vita contains some new levels and also a lot of Vita-centric features. 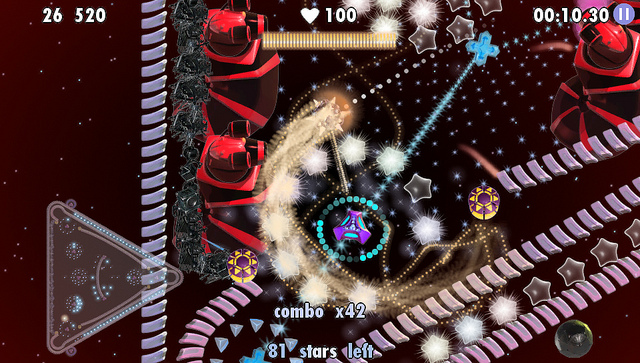 The level skipper isn’t really an absolute necessity, but the fact that it exists brings a bad taste in my mouth. I simply can’t ignore the fact that you have to pay to skip levels. The levels in the game do get a lot more difficult as you keep playing, so I can understand the developer wanting to get some extra money by designing the game that way.

There are 60 odd levels in the game, which is a lot and considering the difficulty I mentioned above, it will take you a while to go through all of them. The gameplay concept is simple – it’s sort of like a Pinball game, where you guide the ball to accumulate points.

Here in Stardrone Extreme, you don’t have much control over the ball but just enough to influence its direction. This can also get a bit frustrating if you don’t know what you’re doing and the ball can just go to where you didn’t want it to go. 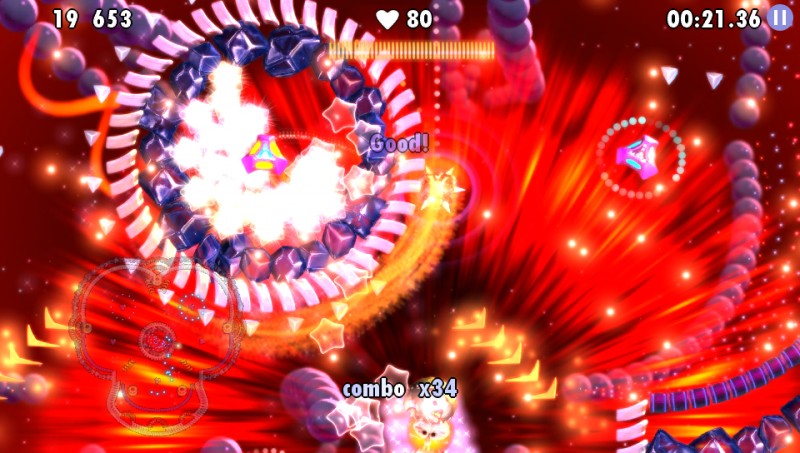 The visuals are very colourful and if you’re a first-timer, then it will obviously be a little confusing, but the touch screen is highly responsive and all you have to do is to touch the locations where the ball will get attracted to, and launch from there. Sort of like a high gravity area from where you can launch the ball to your intended destination.

I have to say that I didn’t really have a lot of fun with this game. It’s just unsatisfying and a lot of hassle, considering the convoluted levels you encounter later in the game. Your objective is to collect as many stars as possible while navigating the ball to the locations.

Collecting a lot of stars very fast can be fun, but the fact that you aren’t given a lot of control over the ball, makes the whole process annoying. 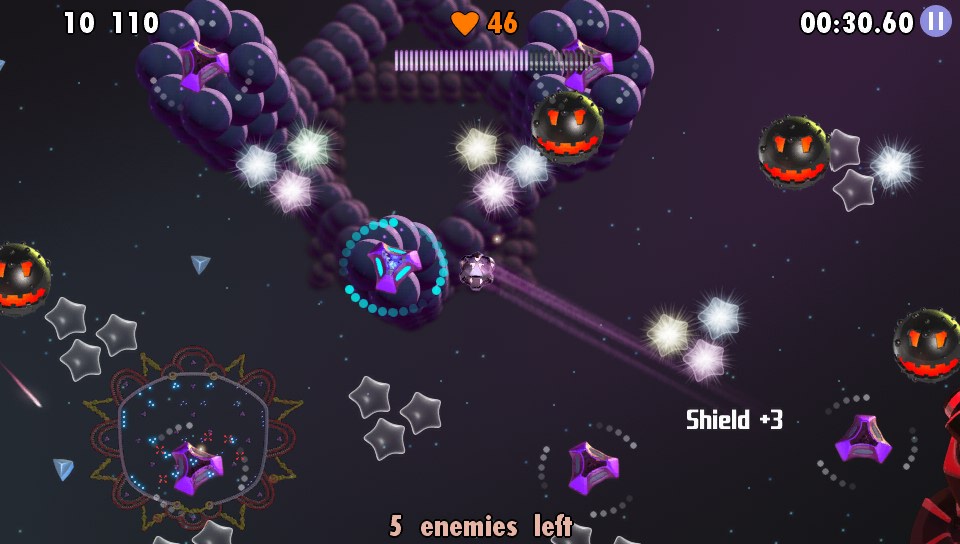 Most of the times, I end up hitting spiky areas or going off path which results in a black hole being formed ready to disintegrate up my ball and that eventually ends the level requiring me to restart the game.

The sound effects are nicely done, and is one of the redeeming things about the game. Stardrone Extreme for the Vita has a lot of content to keep you busy, but whether that content provides you a lot of fun is what you have to decide.

It’s not fun, and is mostly a big chore. I wish it could have been designed well and in a way that makes it satisfying and enjoyable to play, but it isn’t, and that is why it’s a tough game to recommend to people. Fun is a subjective thing, and what’s my poison could be your nectar – so based on the concept, I’d say go for it if you are interested in it.

This game was reviewed on the Vita.

It's not fun. The gameplay mechanics are rigidly designed.

Final Verdict:
FAIR
It's not fun, and is mostly a big chore. I wish it could have been designed well and in a way that makes it satisfying and enjoyable to play, but it isn't, and that is why it's a tough game to recommend to people.
A copy of this game was provided by Developer/Publisher/Distributor/PR Agency for review purposes. Click here to know more about our Reviews Policy.