Posted By Zahida Sayed | On 16th, Sep. 2011 Under Screenshots | Follow This Author @GamingBoltTweet

Check out these new screenshots from StarDrone.

This game is published by Beatshapers.

In StarDrone you control the trajectory of a spaceship launched in a zero-gravity environment via the centrifugal force generated by connecting and disconnecting its energy beam to special anchor points. Featuring a top-down perspective, players pilot their spaceship across the galaxy, collecting pieces of Equilibrix in order to restore the balance of the universe and stop the expansion of evil race of G-Noids. It basically plays like pinball-meets-Breakout-meets-shoot-em-up, using the Vita’s front multi-touch display and multi-touch rear pad to select anchor points, fight enemies and interact with the rich game environments. StarDrone’s game mechanics is simple, but at times challenging, flashing back into the good old arcade days. 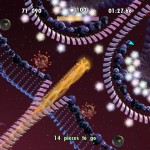 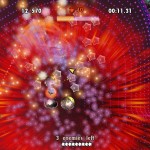 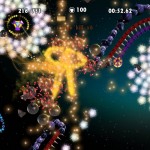 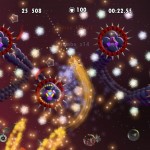 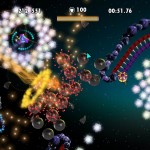 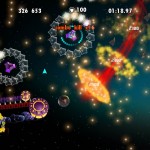 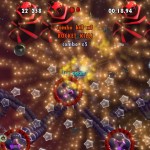 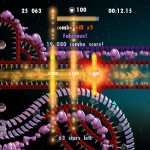 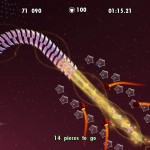