The power of X brings the space strategy to life 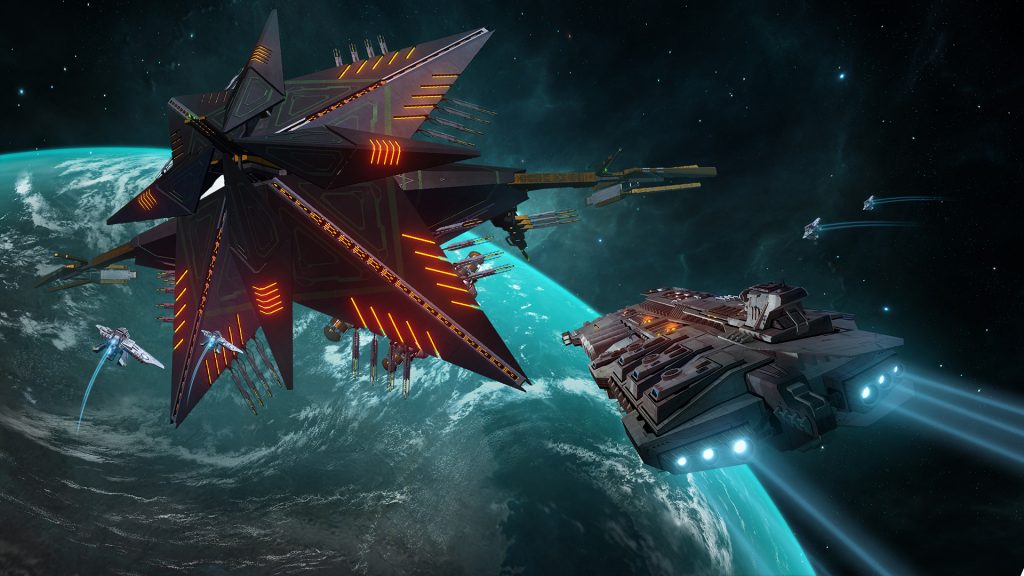 Little Green Men Games is just about ready to debut a rather unique game to Microsoft’s console catalog, Starpoint Gemini Warlords. Speaking to Wccftech, studio CEO Mario Mihokovic shared when to expect the game, what the power of Xbox One X will do for the Space sim spinoff and why the game skipped the PlayStation 4.

The Space RPG with strategy elements will launch within a few weeks, and we can expect an exact date later today. As to Xbox One X support, it is forthcoming, but the team only recently got their hands on the consoles, so it won’t be day and date. Mihokovic would however, confirm 4K resolution.

As to why the game is releasing specifically on the Xbox One family of systems and PC, Mihokovic explains that while the team did look into it, there’s just too many problems with their proprietary engine not playing nice with the PlayStation 4 environment. While they’re willing and interested in the platform, the time and money investment it would take means that they’ll likely just look into it again with new games on different engines.

“Oh yes – we have a very particular reason. Starpoint Gemini Warlords is created in our own game engine, and that engine is rather friendly with the Xbox One and PC platforms, but PlayStation 4 is its nemesis. We made some tests and using our engine to port the game to PS4 would take a very long time so we might die before it is ready… Seriously, it would be doable but the path would really be very long and very expensive. So, despite our willingness to adopt Sony platform as well, we made our life in this matter very complicated. That said, our future games will use different engines and that should enable us to add PS4 to our markets as well,” he stated.

Thoughts on this matter? Let us know in the comment section below.