Slitherine has announced a delay for its upcoming sci-fi RTS, based on the Starship Trooper movies, which is now due out on June 16. 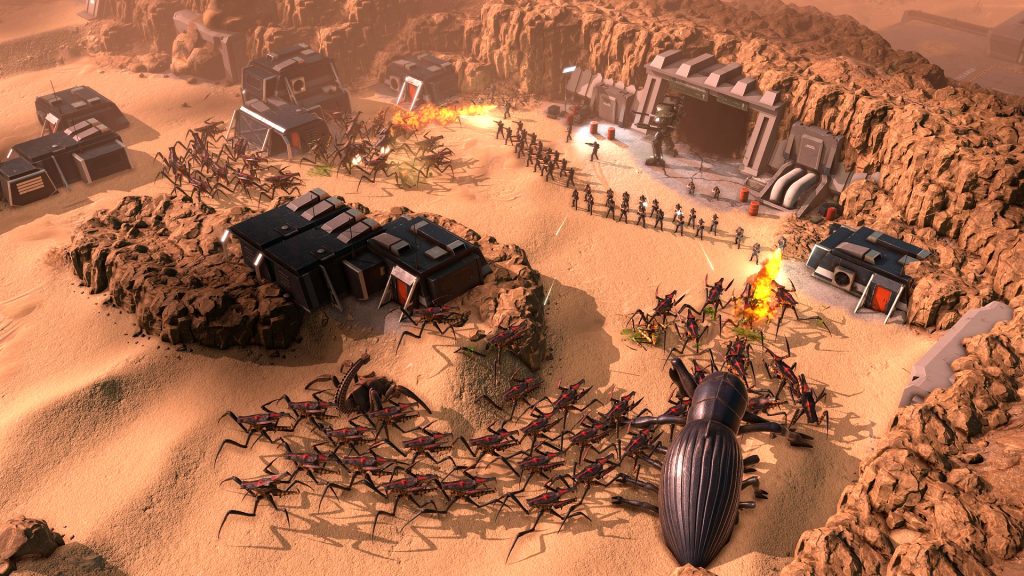 It might take a while for gamers to slay alien bugs in the sci-fi RTS Starship Troopers – Terran Command, based, of course, on the Starship Troopers films. While the game was originally due out this month, publisher Slitherine has now announced that it’ll launch later than its intended release date.

The new release date is now slated to be June 16. The publishers explained the reasoning via a post on their official website, explaining that the reason for the delay is because the development team team at The Aristocrats wants to take an additional couple of months to fix bugs in the game and apply more polish to the experience.

“We know many will find this announcement disappointing and we apologize,” Slitherine wrote. “We truly feel that a few extra months of further polish and bug fixing will make a significant difference.

“We intend to deliver a finished and polished game, and it is very important for us that you are able to fully enjoy the game from day 1, without any issue spoiling your fun or without having to wait for future patches or hotfixes.”

Slitherine has also confirmed that the game is content-complete, and the remaining time until launch will be focused on ensuring that the core gameplay is refined to be in a great state upon release. The publisher says that in the coming months, it plans on sharing more details on the game, so stay tuned.