Those of you who read my reviews regularly will be well acquainted with my tendency to reminisce on ghosts of gaming past. It is thus that I begin to dwell in my memories once more as Start the Party reminds me of the kind of mini-game compilations I was used to in my illustrious gaming youth.

To get everyone up to speed, Start the Party is a compilation of mini-games that uses Sony’s new Playstation Move motion controller. As far as being a tech demo for the hardware is concerned, Start the Party is fantastic. The calibration is instantaneous and simple and, regardless of what game you’re playing through, the controller always responds well and feels natural. The games too are reasonably fun, seeing you using the Move controller for a variety of different functions. Whether you’re popping fish underwater, using a fan to waft parachuting animals onto safety rafts or shining a torch on ghosts and other undead abominations, the controls always feel appropriate and well though out. 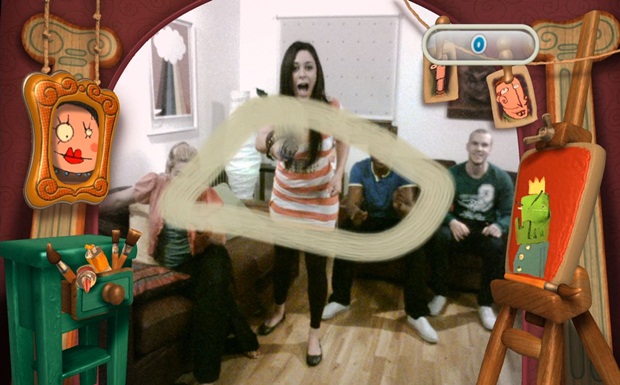 The move wand shows up on screen as different implements based on which game you’re playing. Though a real paint brush would have been fun…

Fun is clearly at the heart of Start the Party, and the presentation also goes a long way in demonstrating this. The graphics are bright and vivid and fairly accomplished across the board. I usually find that a cartoon aesthetic is the result of an unambitious attempt at visual presentation but, in the case of start the party, the vivid visuals are appropriate and well realised. The Sound is of a similar vein with some fun melodies and old-school cartoon style sound effects. The only major audio failing is the narrator who I just found plain irritating. An option to turn his voice off would have been nice, as small a complaint as it is. 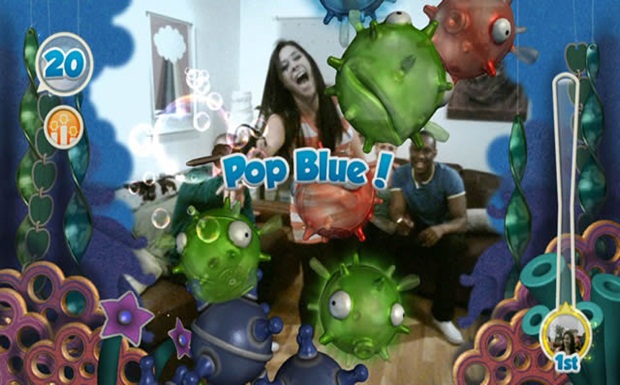 For all the enjoyment you may find in Start the Party as a glorified tech demo, the actual game part of it falls short in comparison to other mini-game compilations I have sampled over the years. For a start, the amount of games on offer is rather lacklustre. The sheer abundance of content on offer in games like Mario Party and Bishi Bashi Special back in the day was outrageous and, it must be said that, the handful of games offered up by Start the Party pale in comparison. The main aspect of Start the Party that enraged me was the fact that there were no games that allowed for simultaneous multiplayer. The party games in my youth all allowed everyone to get involved together, whereas Start the Party would rather see you taking turns. Admittedly the turn based party mode in Start the Party was still highly enjoyable and saves you having to fork out for multiple PS Move controllers, but a true two player game or three would’ve been a brilliant alternative. 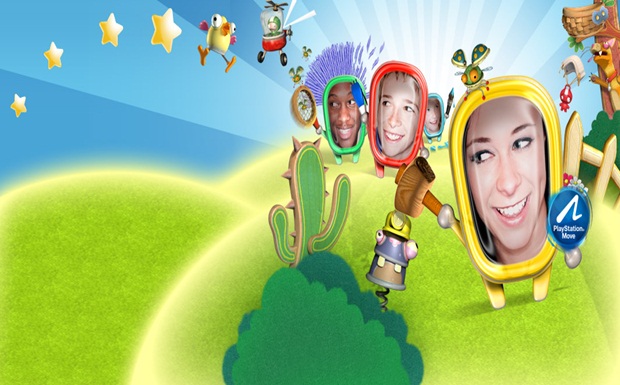 Sony’s marketing would have you believe you need to look like a gormless half wit to play. Don’t worry, it isn’t a prerequisite

Start the Party is a fun little romp into the, somewhat momentarily, shallow world of motion Controllers. It is tempting to smooth over the rough edges of the game on account of its budget price but, no matter how we try to justify it, the nine games supplied by Start the Party just don’t hold enough water. Were Start the Party a free demo supplied with the move it would be a shining example of how to use the technology, but as a retail game I just don’t feel any kind of price tag can justify the lack of content on the disc. I would only recommend Start the Party for those with a bunch of friends who need an excuse to use the new PS Move hardware, otherwise you’d be better served by other titles in the Move’s launch line-up.

Final Verdict:
FAIR
With mini-game compilations being the most popular way of promoting motion controls, Start the Party attempts to show off the Playstation Move hardware but falls a little short of the mark
A copy of this game was provided by Developer/Publisher/Distributor/PR Agency for review purposes. Click here to know more about our Reviews Policy.