State of Decay Year One Survival Edition Visual Analysis: Xbox One vs. PC

Undead Labs' open world title returns from beyond the grave.

Update: In order to avoid any confusion, the PC version in this article is the original version of State of Decay. In this way we are able to show the improvements that the developer has implemented in the remastered version.

Undead Labs’ State of Decay is perhaps one of the most under-rated but still one of the most recognized zombie titles in the past decade. It’s hard to reconcile those two together until you realize that this is a game that should have more success than it’s already seen. Sure, there have been zombie games like Resident Evil (which has ranged from good to awful in the past few years) and Telltale’s The Walking Dead but there had never been an open world survival horror zombie title like State of Decay.

Amazingly enough, State of Decay was developed on Crytek’s CryEngine 3. The list of features that CryEngine is capable of includes motion blur, parallax occlusion, SSAO, screen space reflections, bokeh depth of field, tessellation and much more. A smaller budget played a role in making sure that Undead Labs couldn’t recreate the brilliance that other open world games like Grand Theft Auto 5 provided but for the resources it had, State of Decay went above and beyond the call of duty.

Head to head video comparison between the original release on the PC and Xbox One versions. Select 1080p and 60fps for the best possible video quality.

Most open world titles unfortunately can’t escape glitches and State of Decay was no exception. Both the PC and Xbox 360 versions suffered from numerous glitches, ranging from AI problems to clipping issues and frame rate drops. It was the worst on Xbox 360 which often made the game unplayable. It also didn’t help that everything felt so choppy even when there were a moderate number of zombies on-screen. The PC version was better but couldn’t quite escape the glitches.

This brings us to State of Decay: Year One Survival Edition, the Xbox One port that includes the original game along with the Lifeline and Breakdown DLCs. In terms of content, this is an incredible deal if you’ve never played the game before. In terms of visual differences, the Year One Survival Edition doesn’t quite compare to the best that the Xbox One has to offer. If one has already experienced the previous generation’s version and is expecting a total remaster, there’s enough visual improvement to justify the tag.

And it’s funny when you consider just how much better State of Decay looks better on the Xbox One than the PC version. Textures are more high resolution with the overall display resolution bumped from 720p to 1080p, resulting in sharper clarity. Anisotropic filtering is far better as well. The lighting engine has been tweaked significantly to support better shadows and a more natural ambience. Transitioning between day and night and vice versa looks more natural compared to before, lending even more atmosphere to this desolate, zombie-infested open world.

In terms of volumetric and alpha effects, the Xbox One version sees several new additions including fire and smoke effects. If you pay close enough attention, you’ll even see dust particles shuffling through the air in the night-time. The PC version lacked these effects and this is proof that Undead Labs tried to add on to what was originally the best looking version of the game.

The developer also made a strong effort to clean up the visuals in the post-production stage. The colour correction has been applied to make the visuals appear brighter (or at least less dark) compared to the PC version. The effect was so impeccable that we actually had to tweak the brightness of our display for the PC version to match it to the Xbox One version in the comparison video and screenshots. Imagine if Man of Steel was colour corrected to look brighter and less gray and dismal and you’ll have a pretty good idea of how State of Decay looks on the Xbox One compared to the PC version. And once you notice it, it’s very hard to go back to the way things were.

It is interesting to note the anti-aliasing for State of Decay: Year One Survival Edition as compared to the PC version. The post-process anti-aliasing looks better here but with the visual fidelity that State of Decay offers, I would have at least expected a higher grade of anti-aliasing. Thankfully, the foliage and water effects look better than the PC version with more detail in the former and better fluidity in the latter. To make things slightly better, the camera has also been tweaked a bit in the remaster.

But then we come back to the lack of motion blur and depth of field in the Xbox One version. You’ll notice it very quickly when driving around and it’s kind of a bummer. The zombies and NPCs see slight improvements in terms of their geometry but their animations haven’t been significantly improved upon.

Head to head screenshot comparison between the Xbox One (RIGHT) and the original version on the PC (LEFT)  versions. 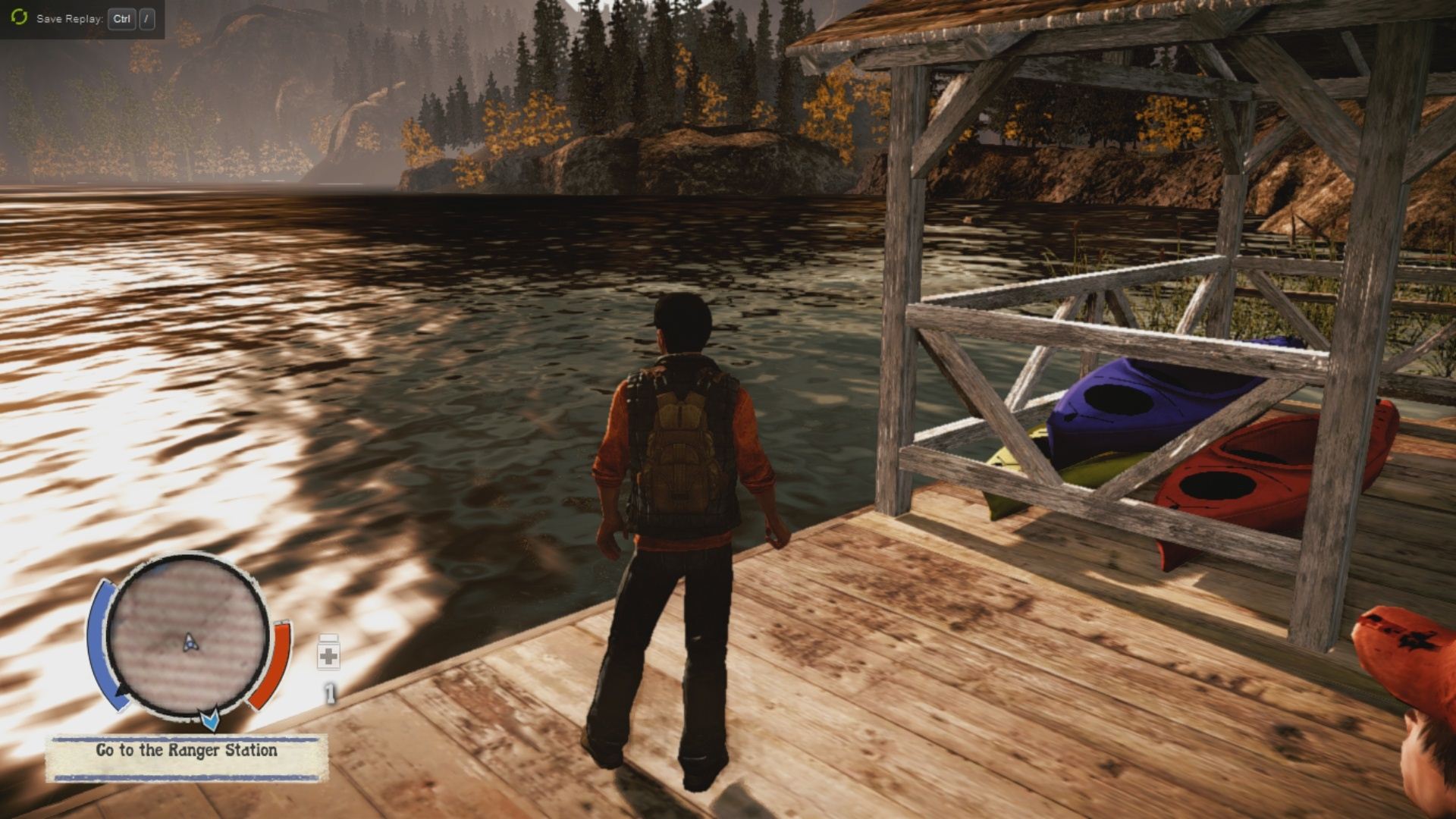 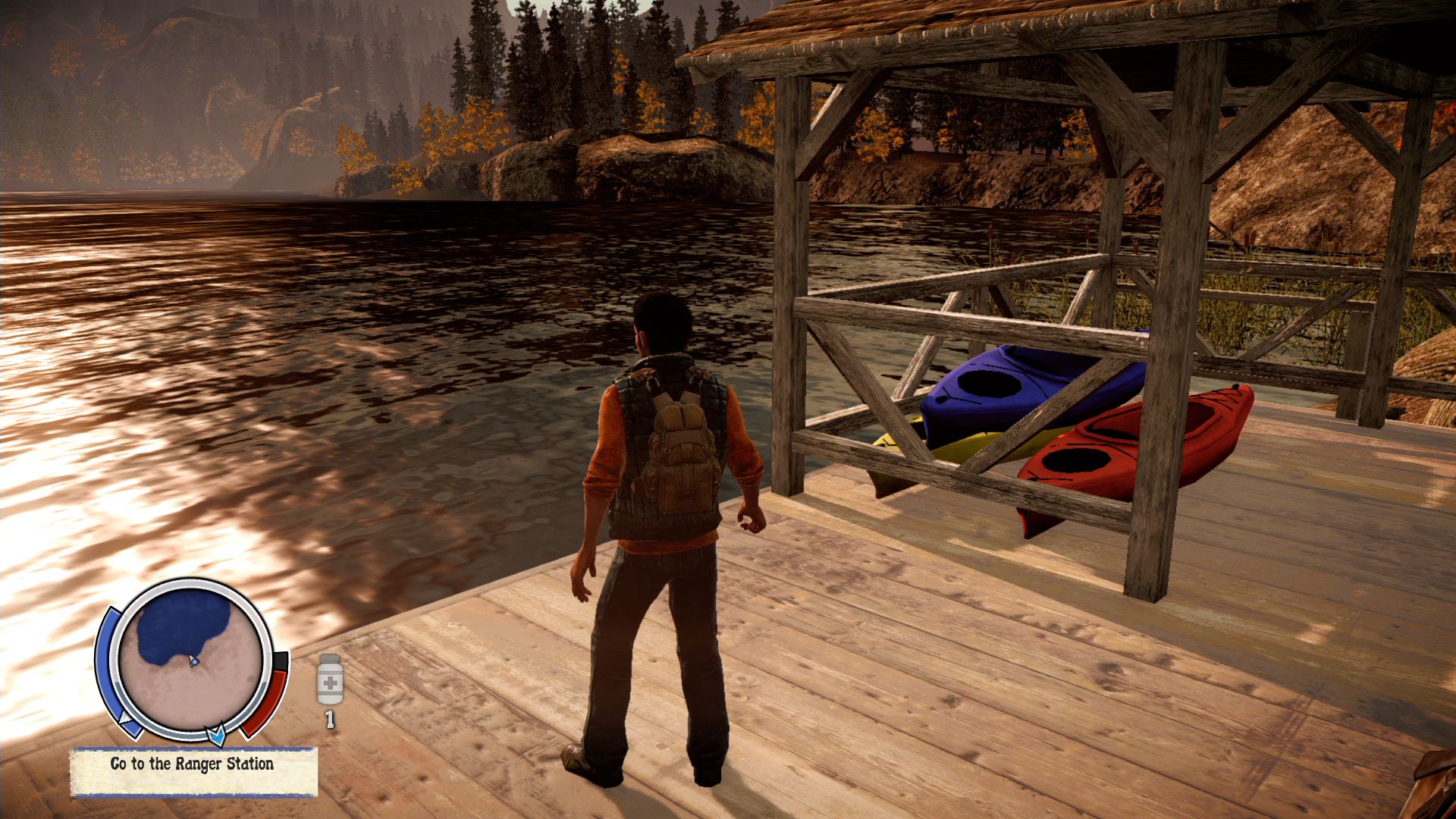 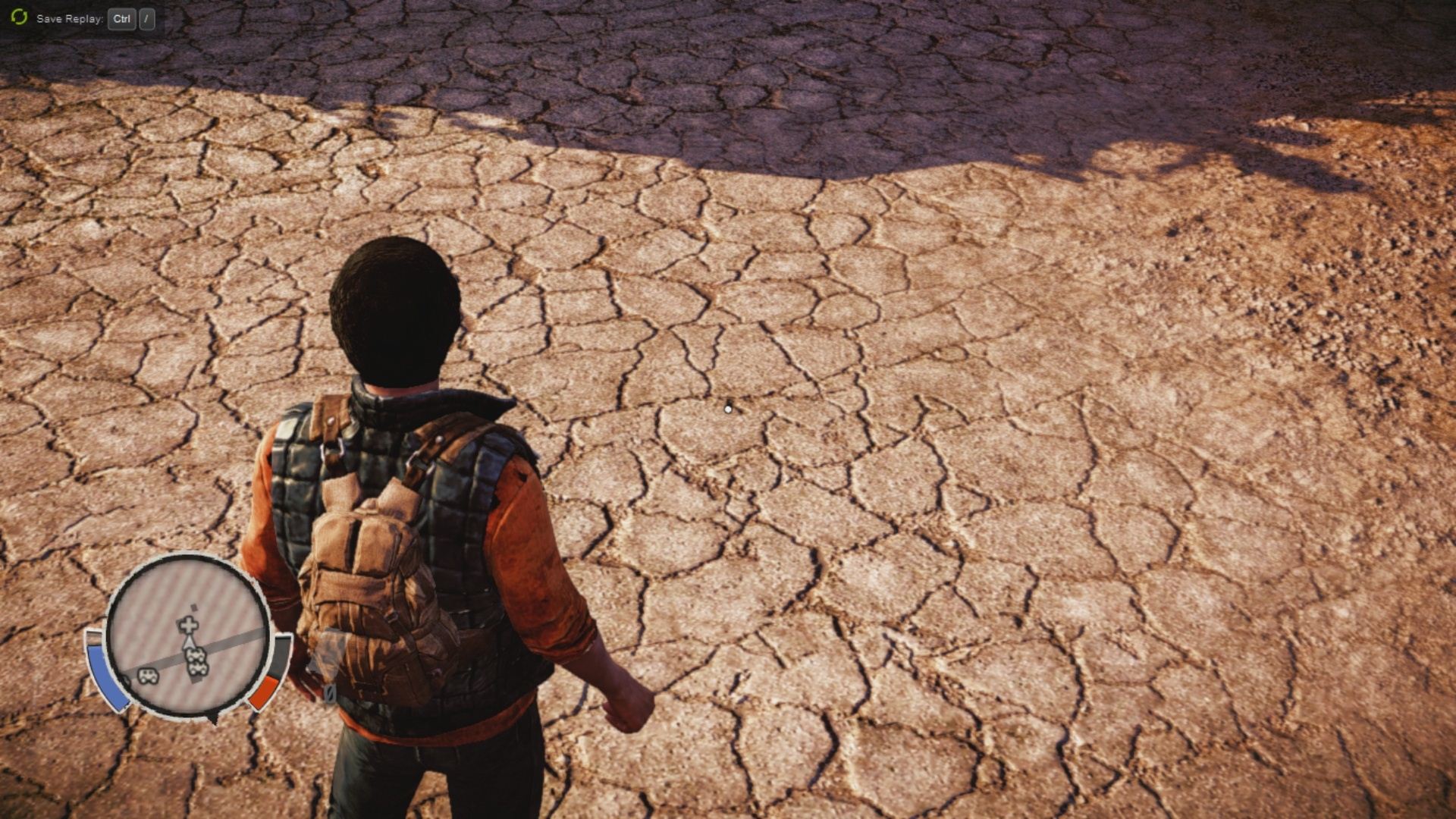 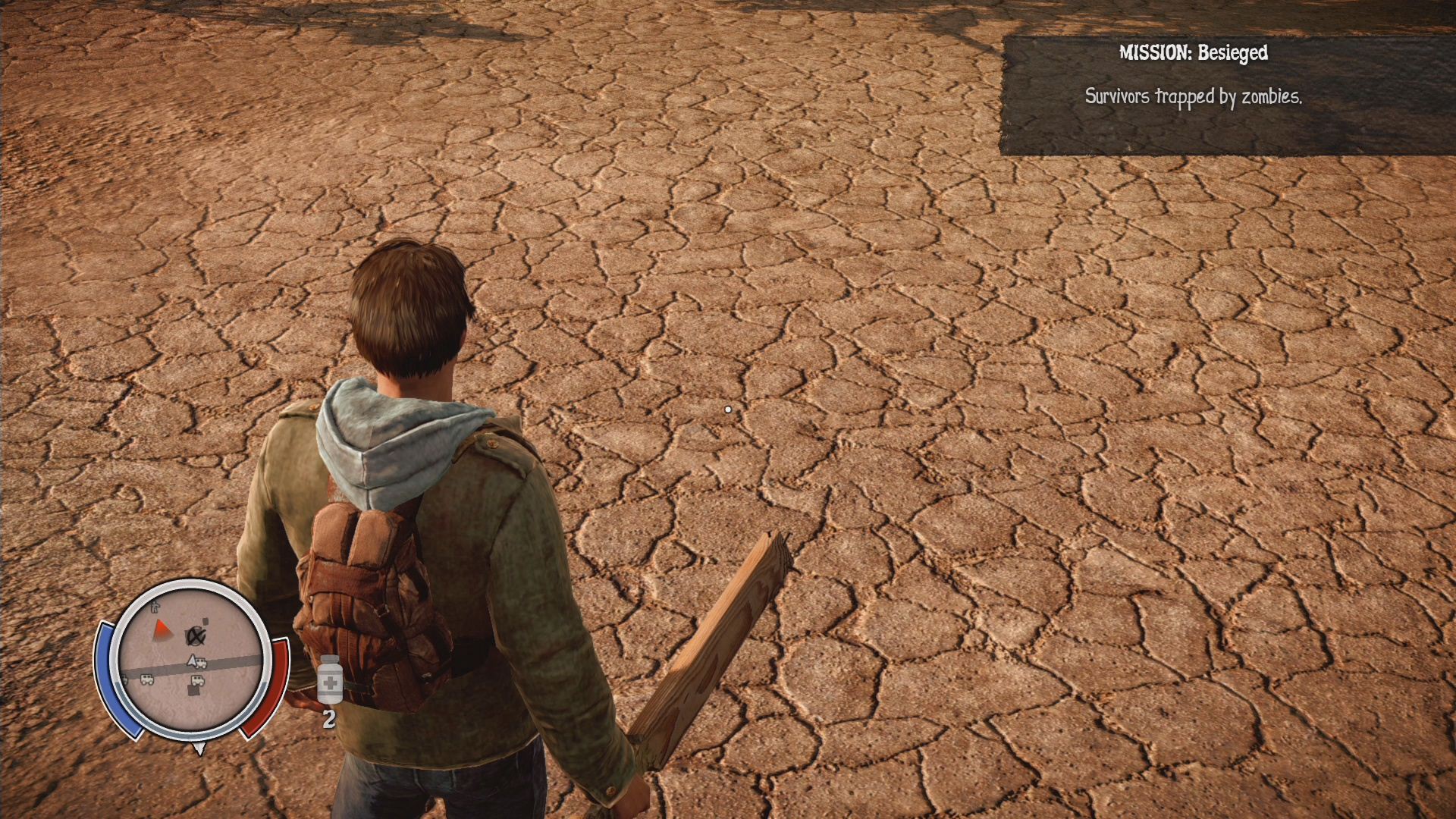 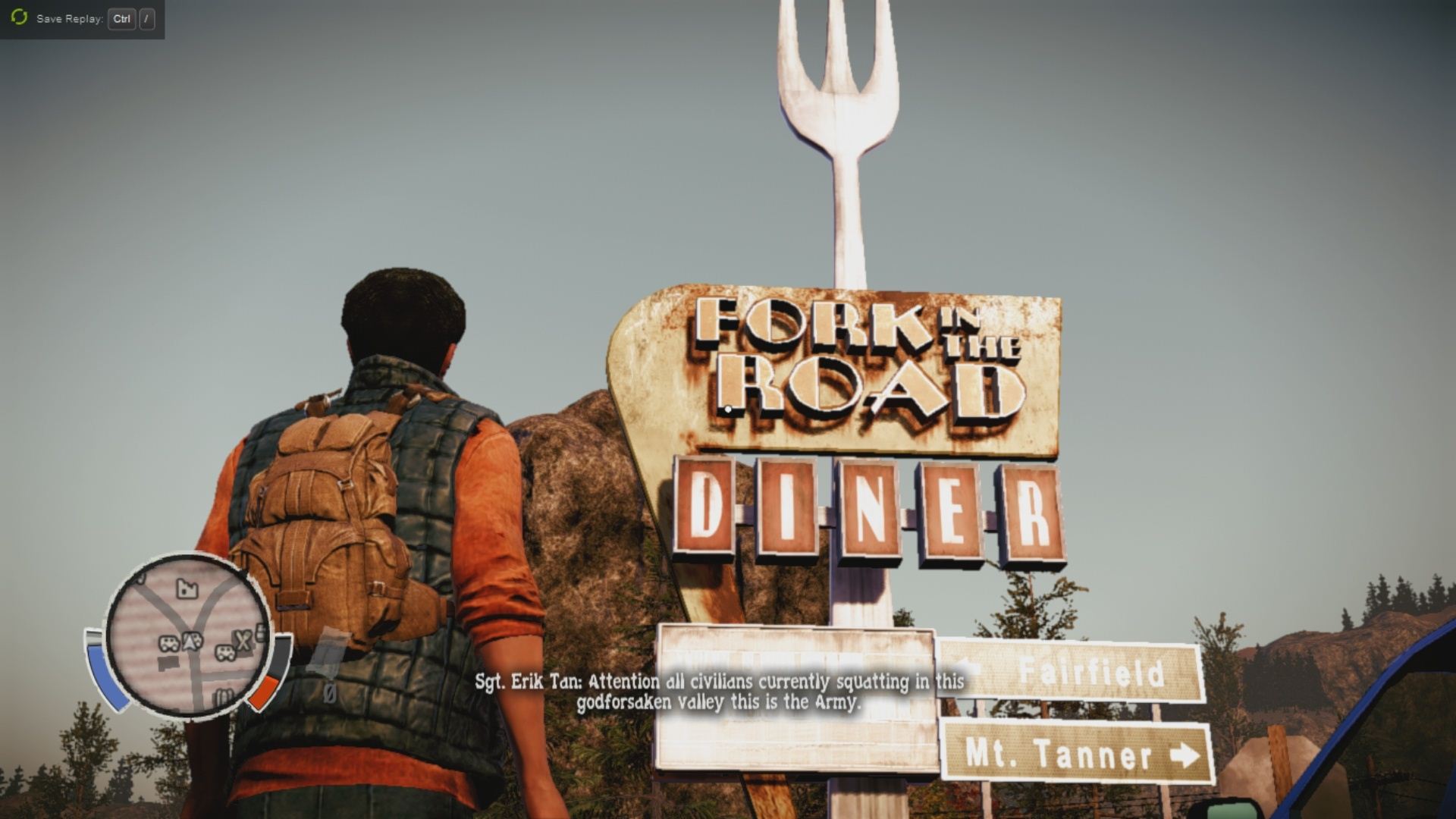 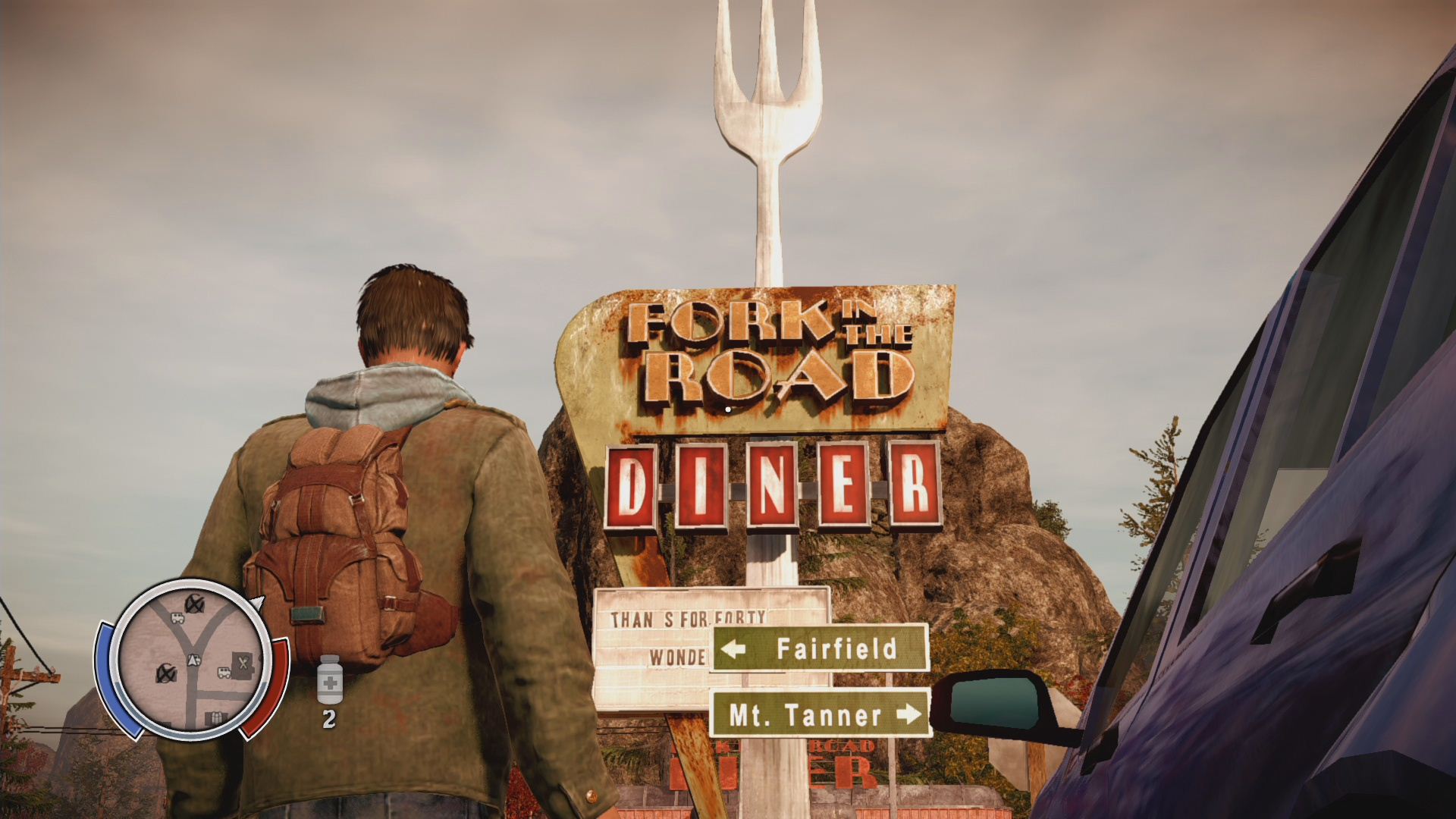 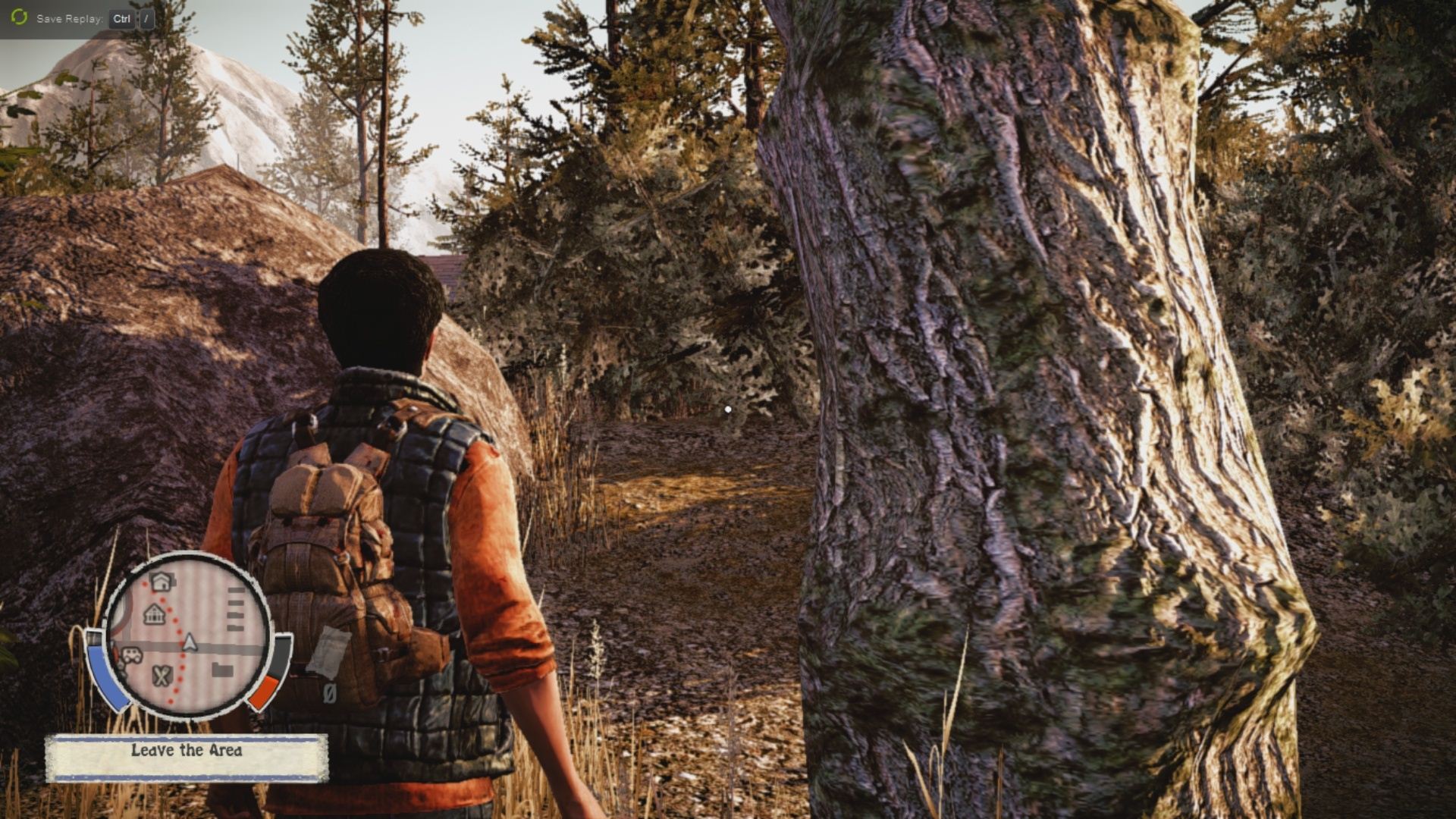 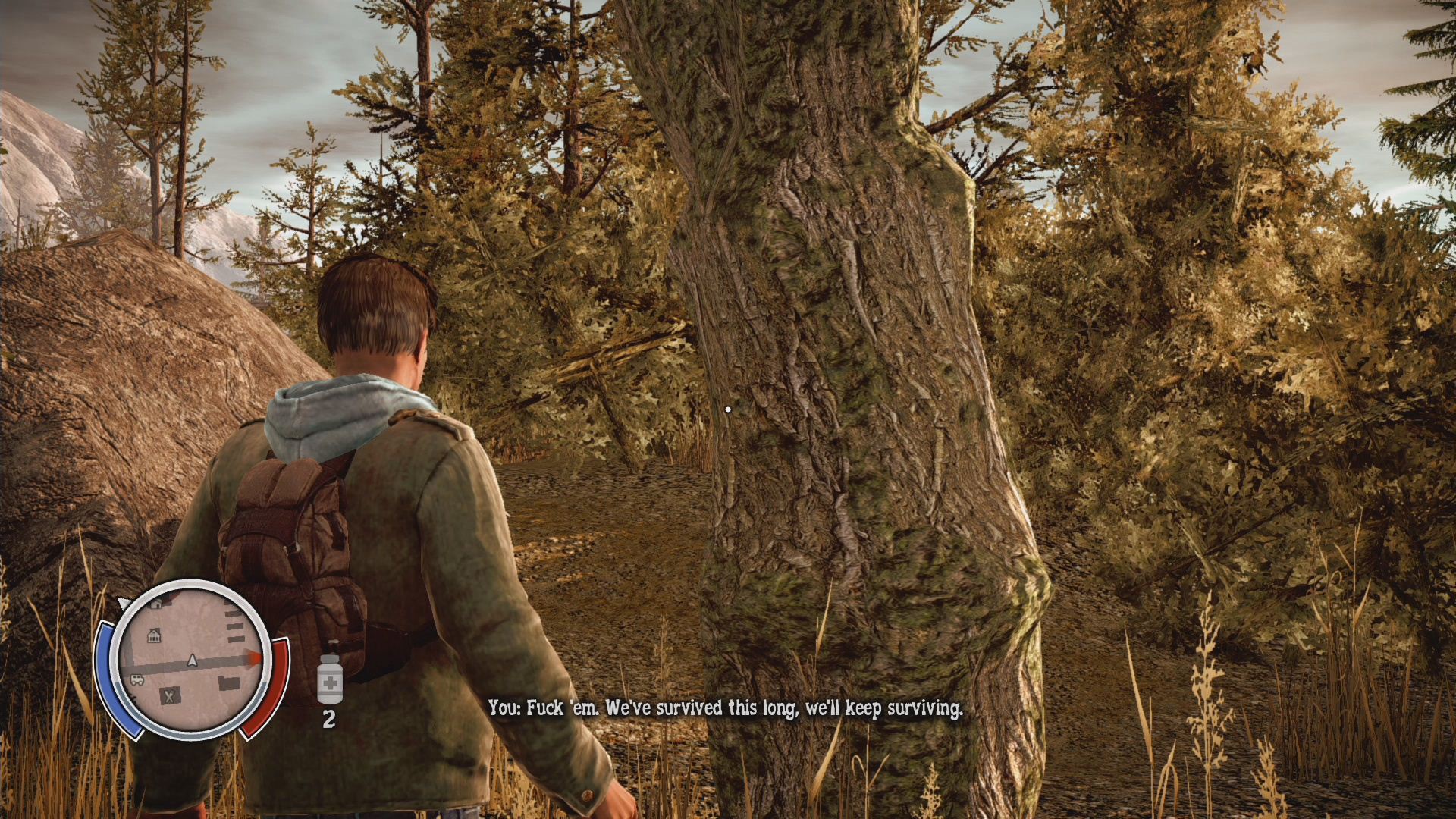 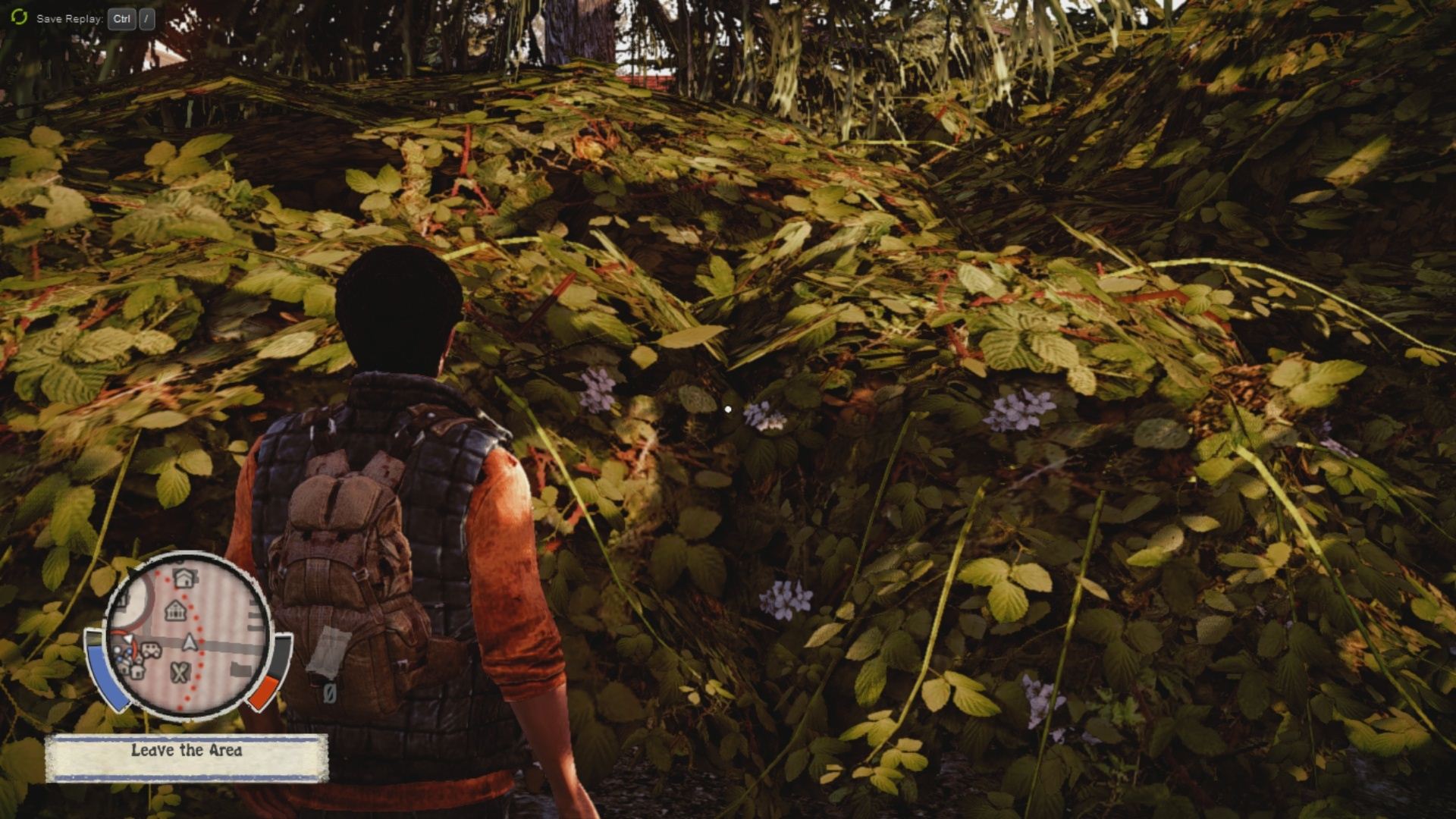 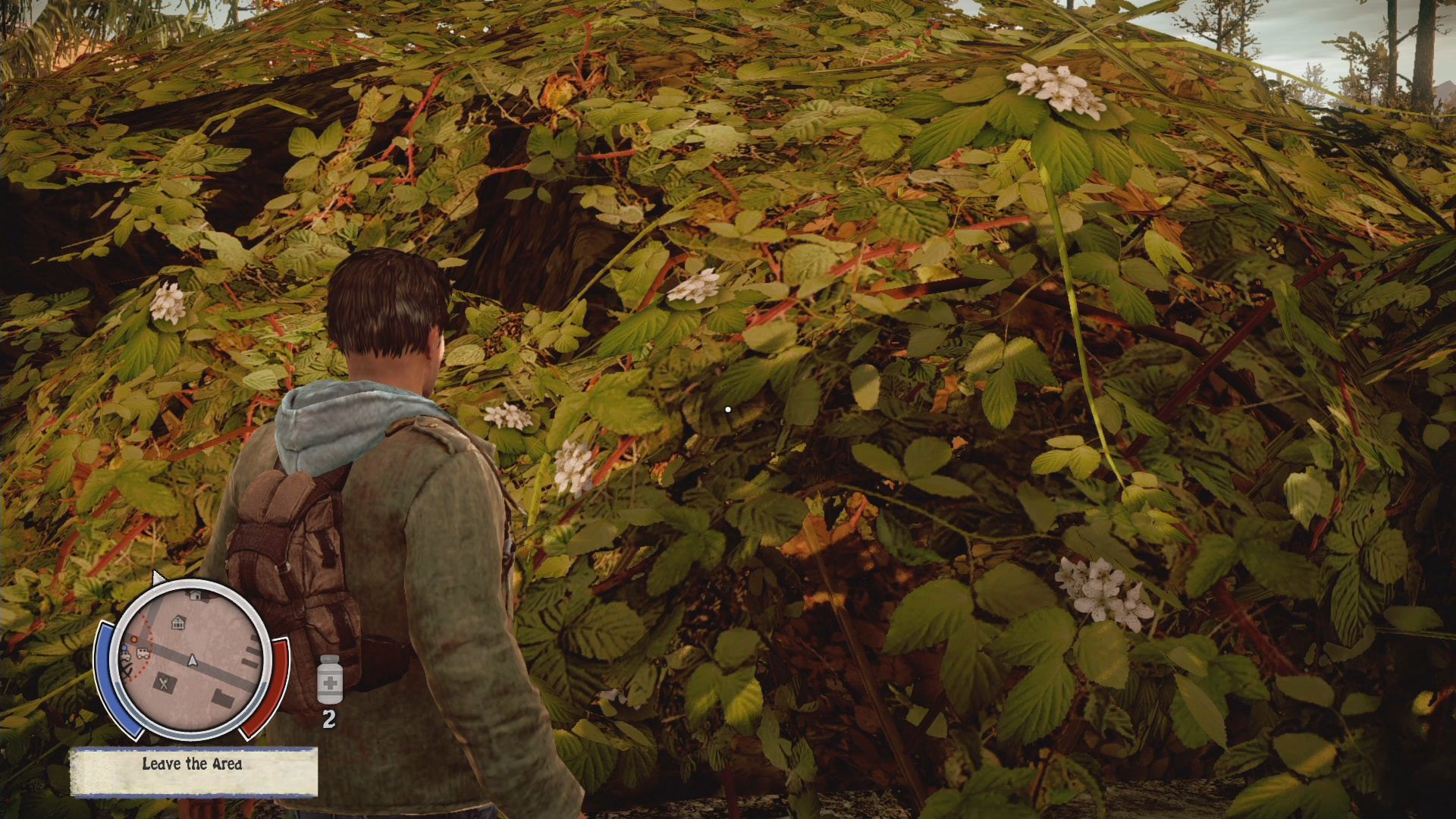 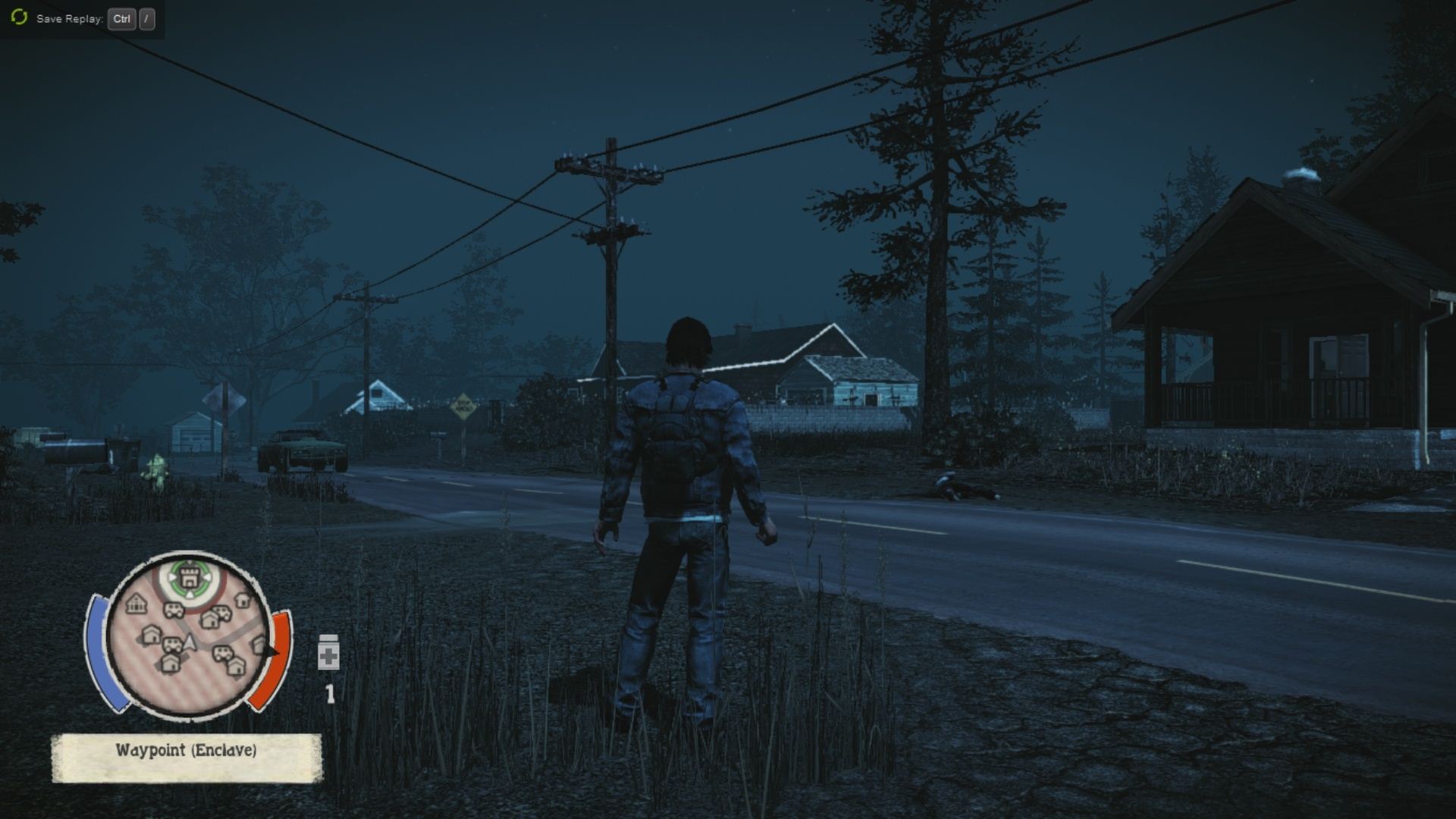 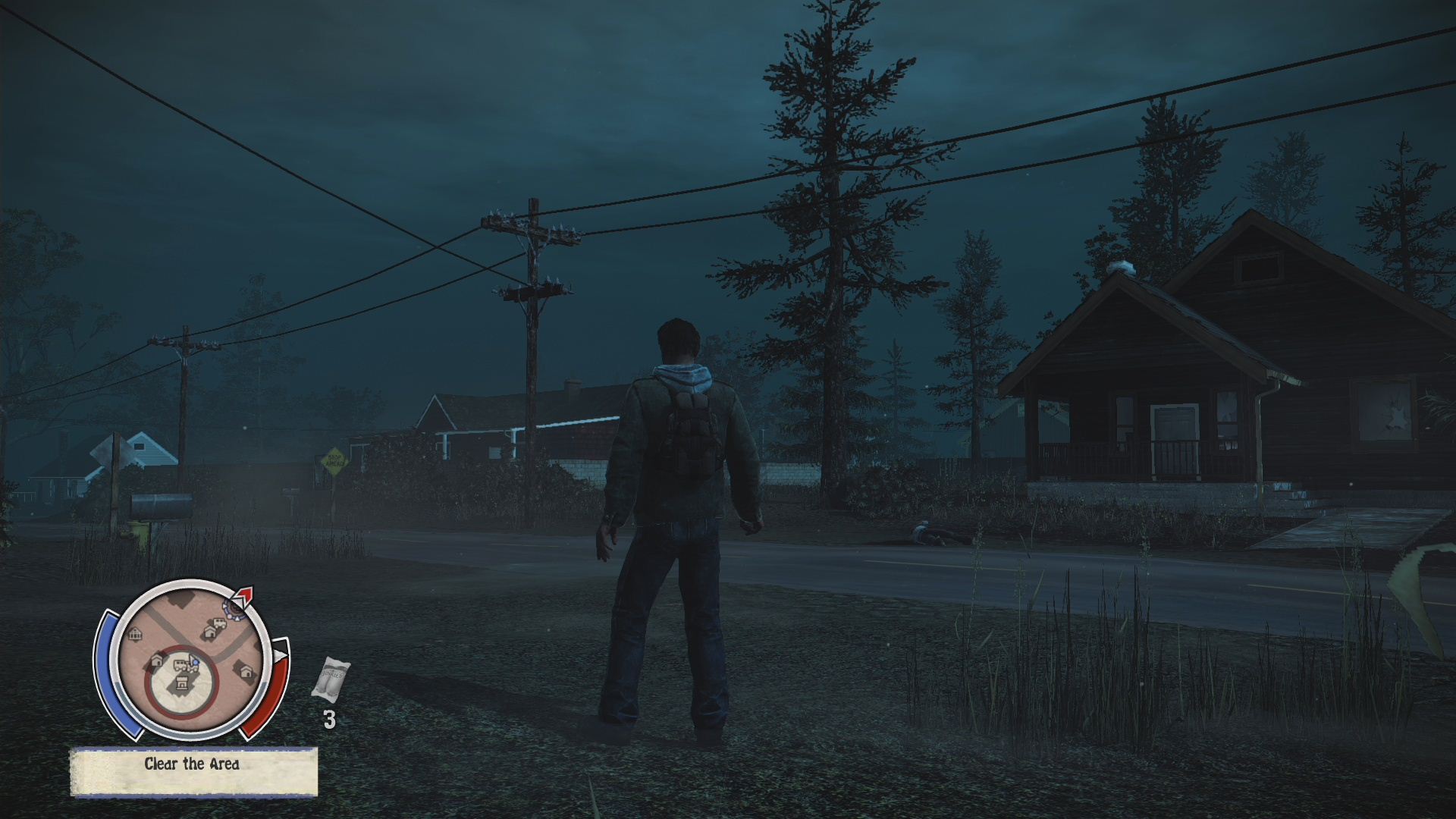 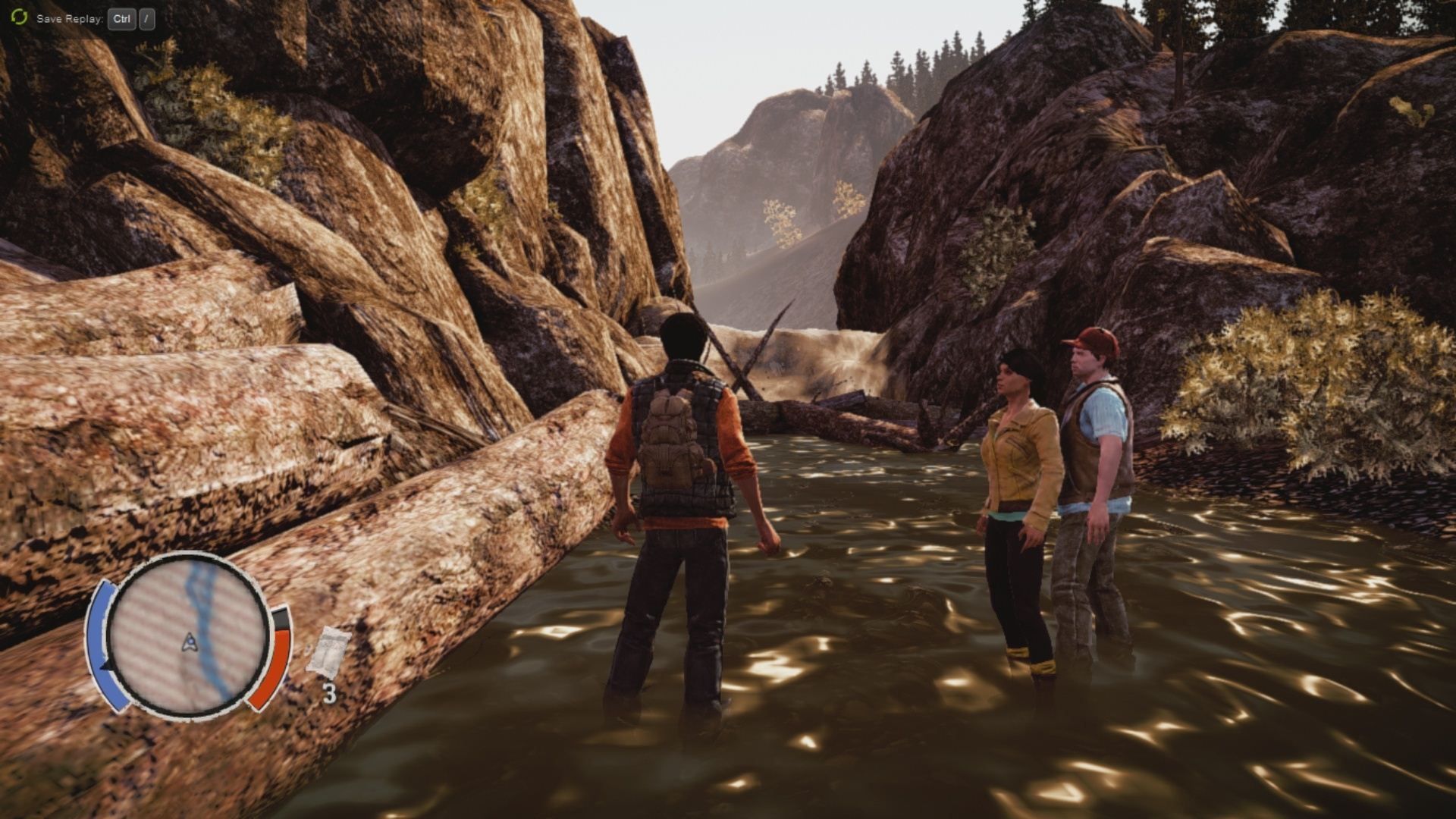 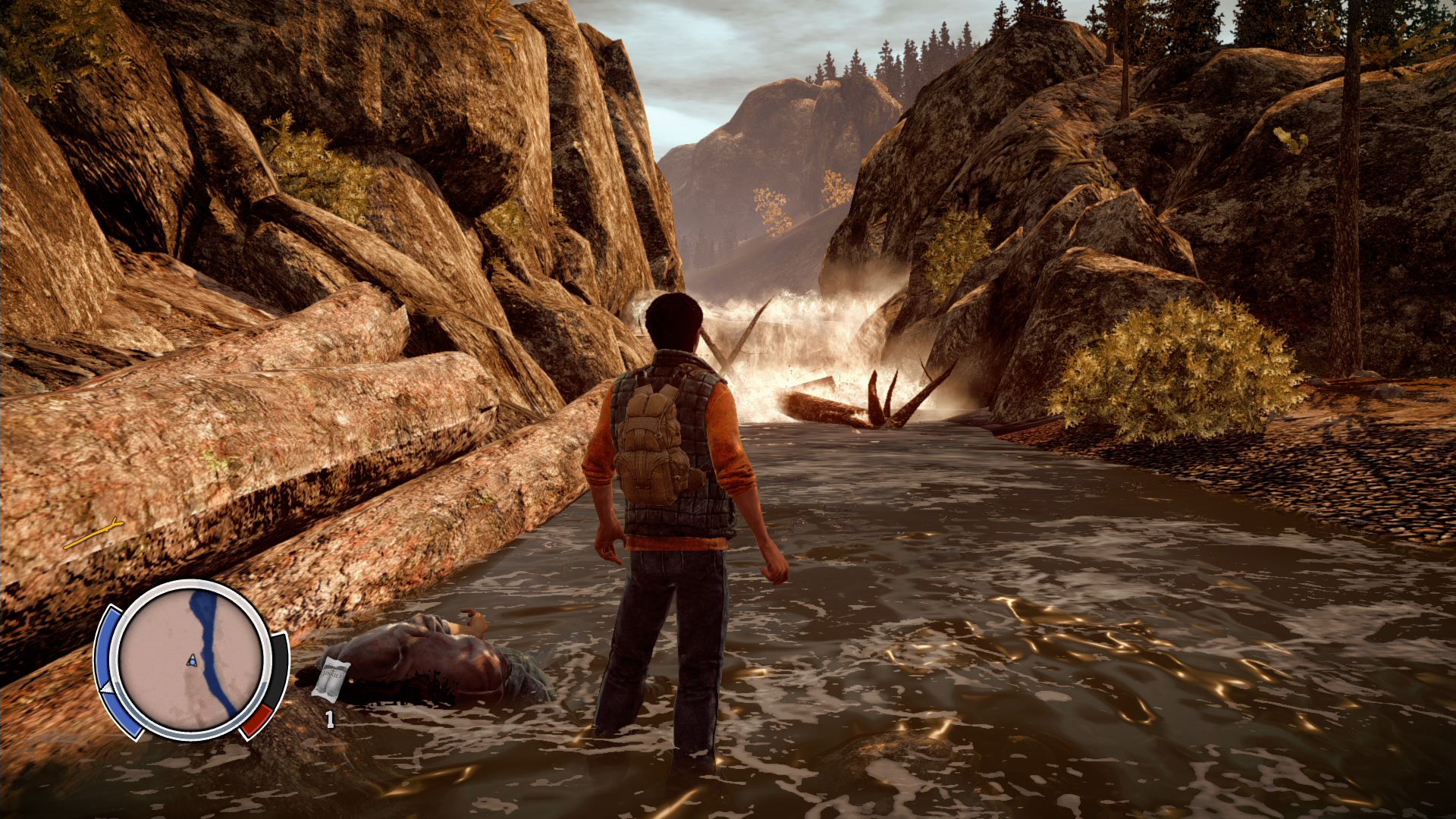 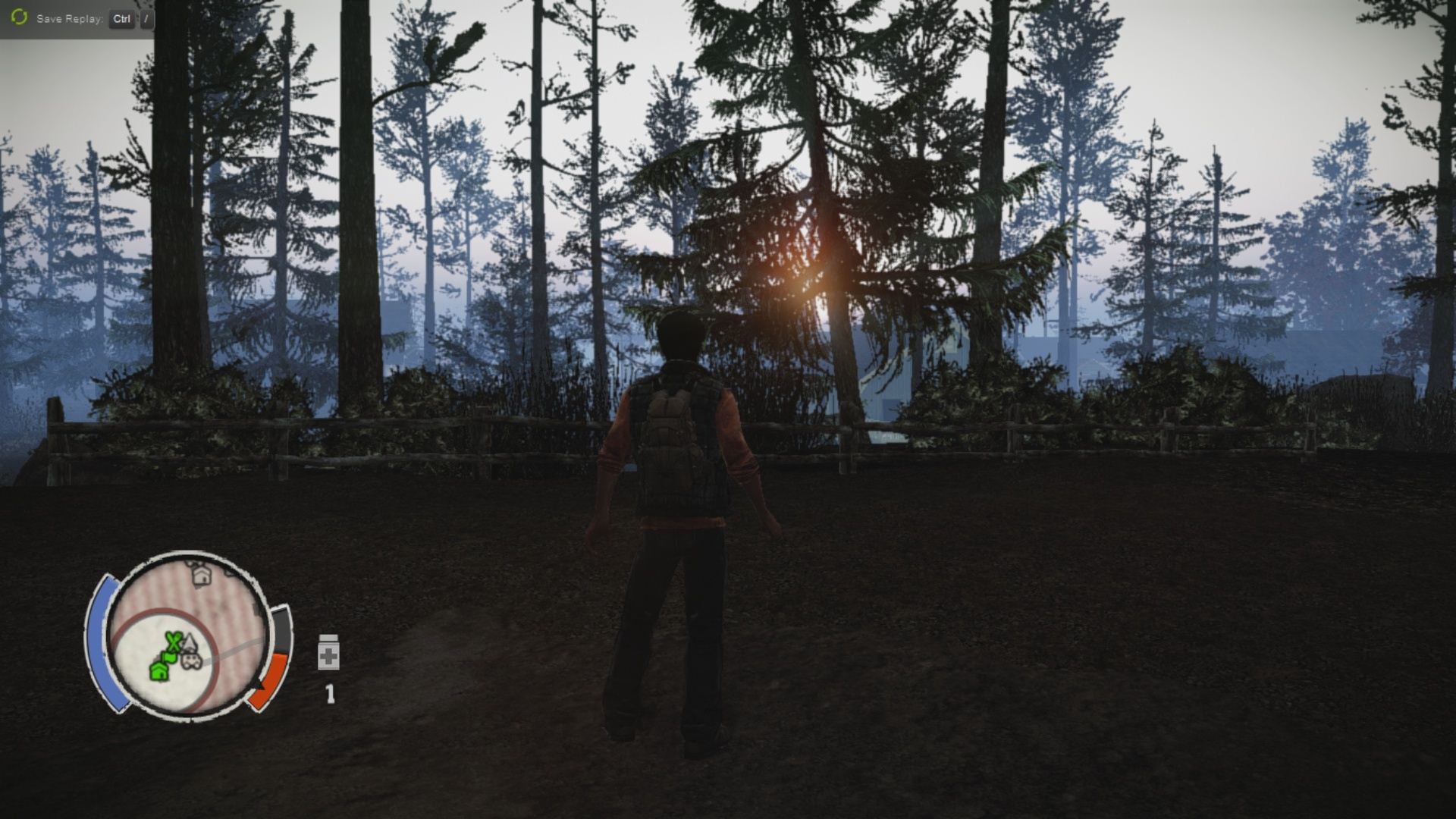 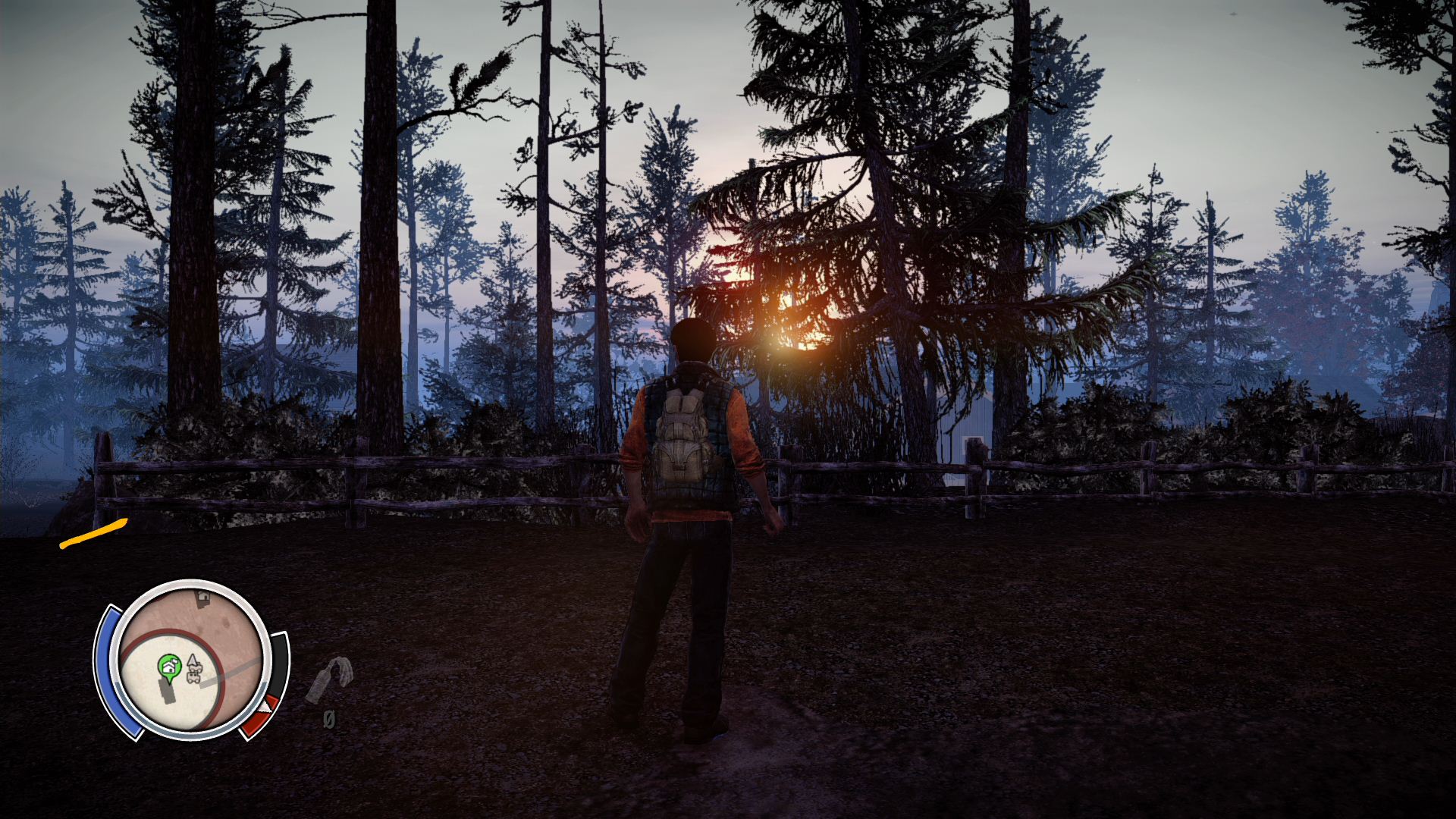 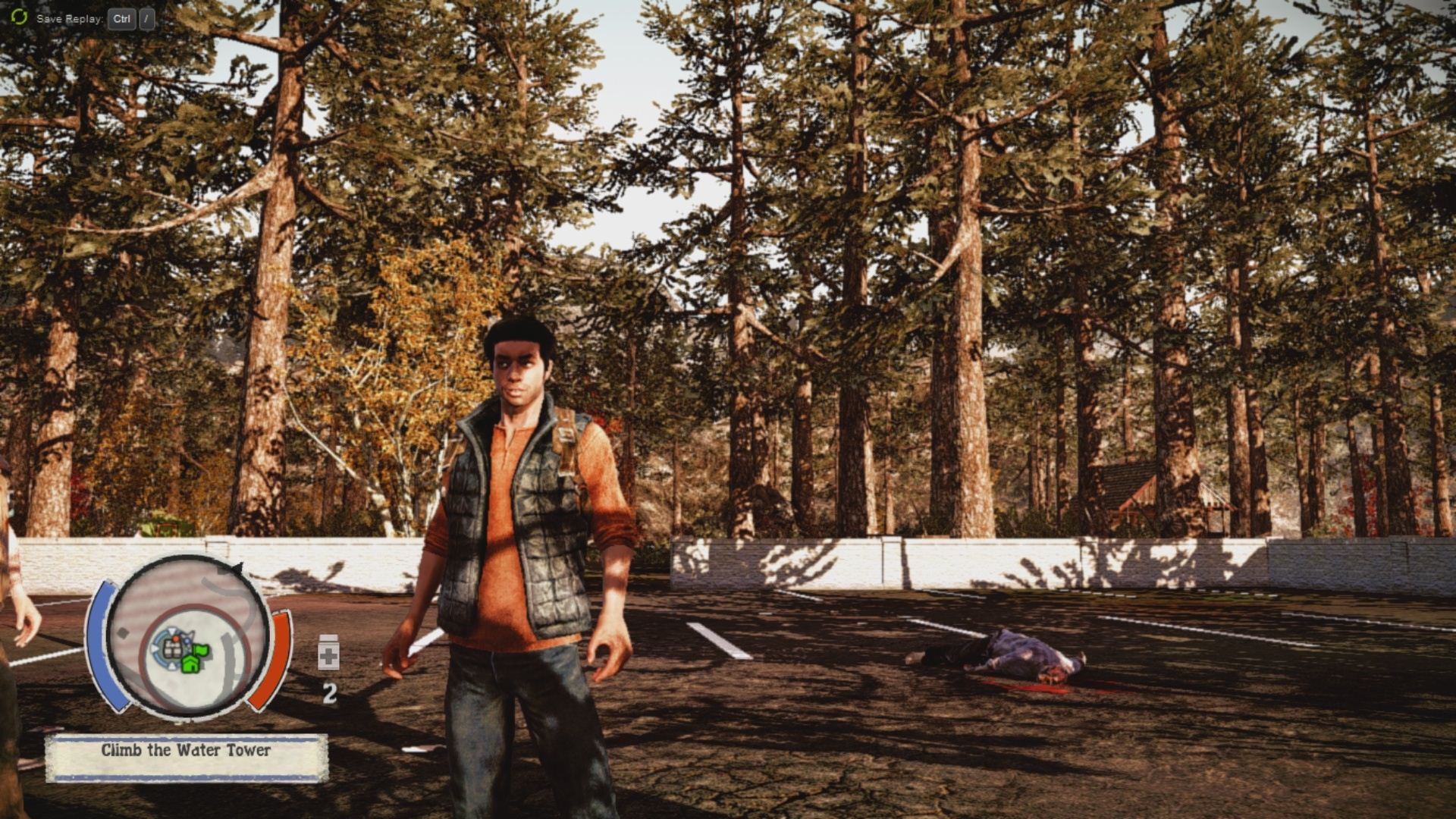 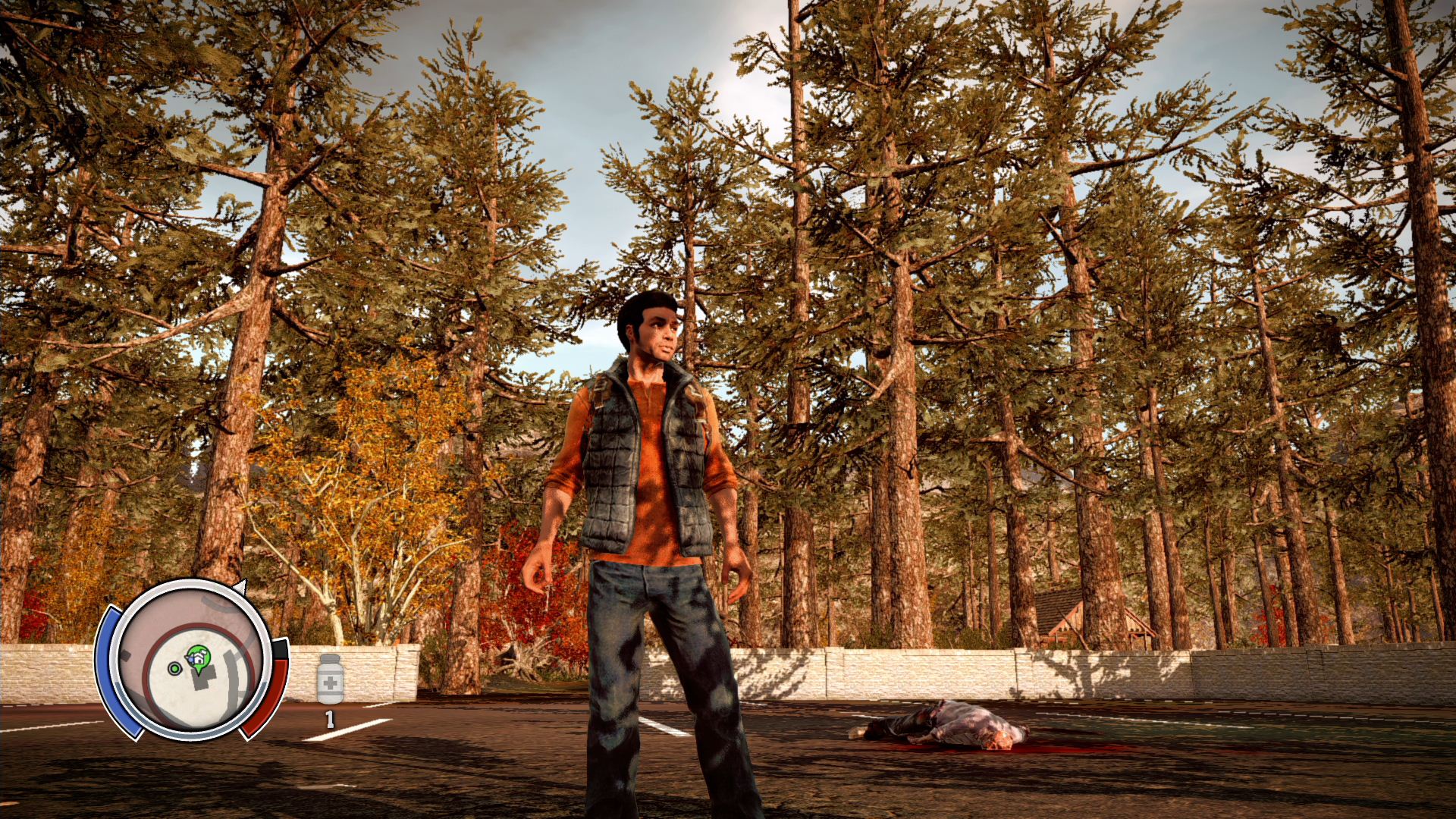 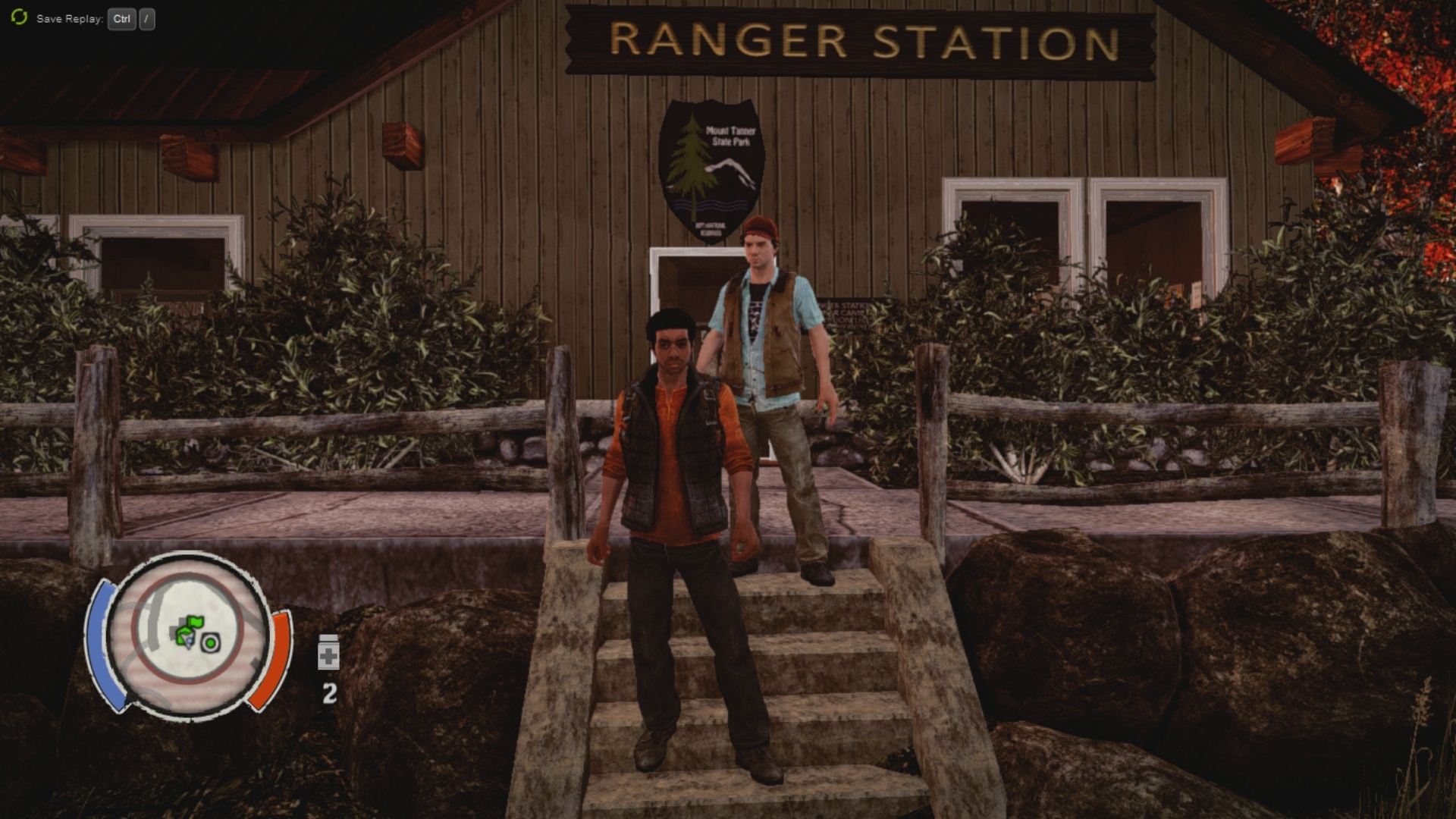 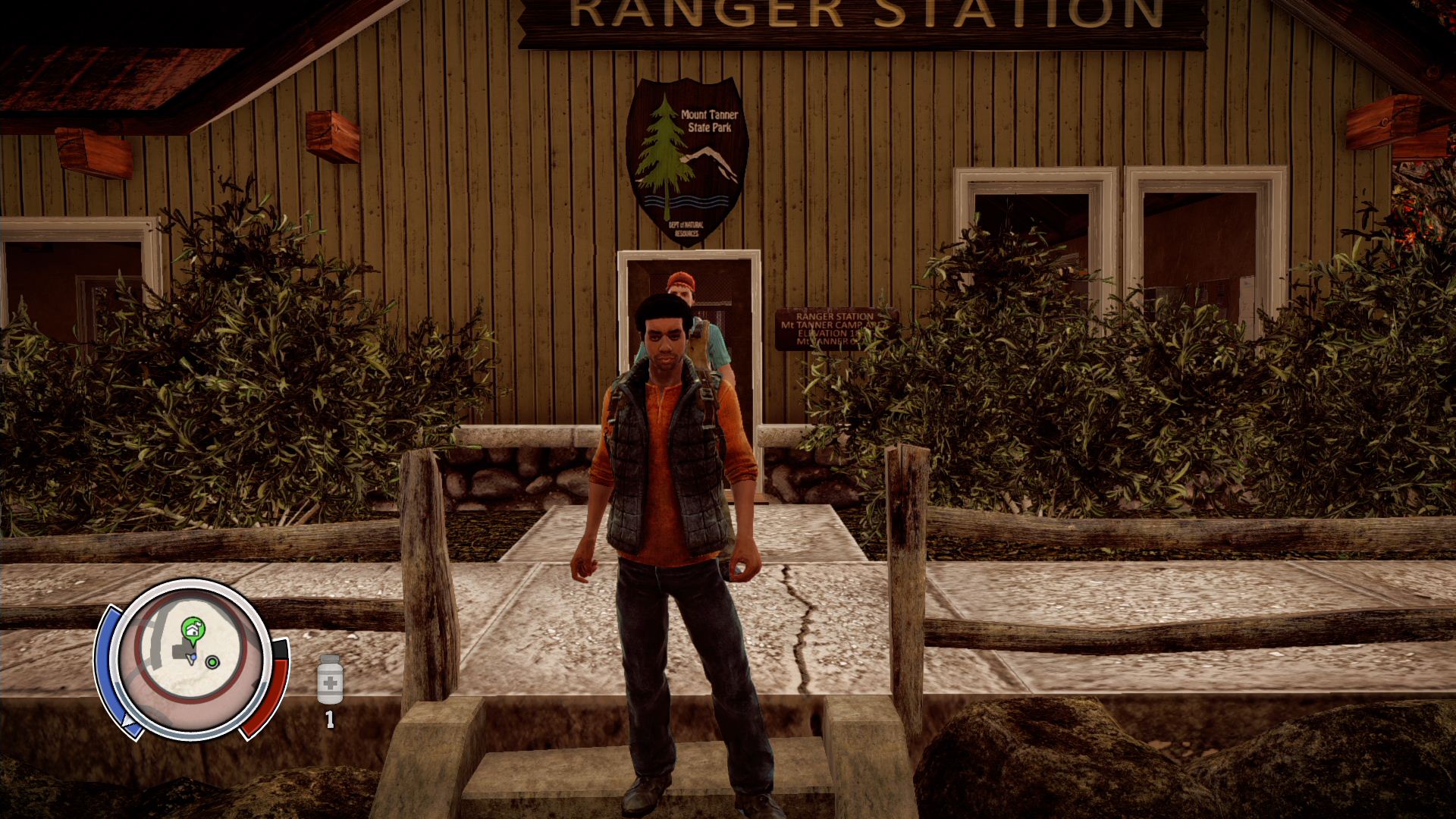 In the end, Undead Labs was incapable of really improving on the frame rate from the PC and Xbox 360 versions. The frame rate still significant and frequent drops to the point of making the gameplay sluggish and painfully responsive. This only accentuates the need for optimization as well as improved textures, alpha effects, anti-aliasing, etc. Sadly, this isn’t even a case of State of Decay’s visuals exceeding the scope of the Xbox One’s hardware. This isn’t the kind of game that should result in such severe frame rate drops, especially compared to what the competition has to deal with. Could Undead Labs have been working on an earlier version of CryEngine 3, prior to version 3.6 (which is meant for current gen consoles), resulting in issues with the previous gen engine not meshing with the Xbox One?

It’s funny when one looks back at State of Decay. The game was (and still is) a ton of fun to play and for what was essentially an Xbox Live Arcade title, its visuals were very impressive. That’s no longer the case roughly two years later and if anything, it shows that Undead Labs has a ways to go with its future Xbox One projects, which will hopefully face fewer issues with regards to the frame rate. As far as State of Decay goes, the Year One Survival Edition is the best version you could play this game on.