Infiltrate your way to PSN on July 23rd 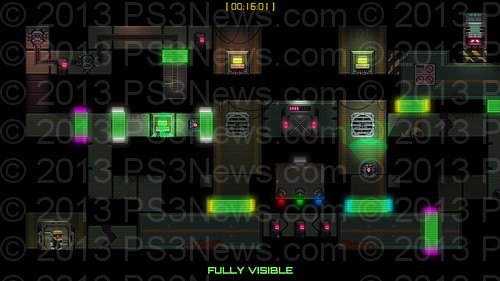 Curve Studios has announced that Stealth Inc – A Clone in the Dark will be launching on PlayStation and PlayStation 3 on July 23rd in North America.

The game was formerly known as Stealth Bastard  back in 2011 for PC, however; the developers decided to rename the title for Sony platforms since last April.  Curve Studios has also confirmed that the title is Cross-Buy, which means that no matter which version you buy, you will get both copies, one for each platform.

Let us know if you’re looking forward to playing Stealth Inc – A Clone in the Dark  in the comments section down below.

Stay tuned to GamingBolt for our review of the game, news and updates.