SteamWorld is Going 3D and Co-op with its Next Game, SteamWorld Headhunter

SteamWorld Headhunter is described as "a stylised and colourful, third-person co-op action adventure with a head-popping twist." 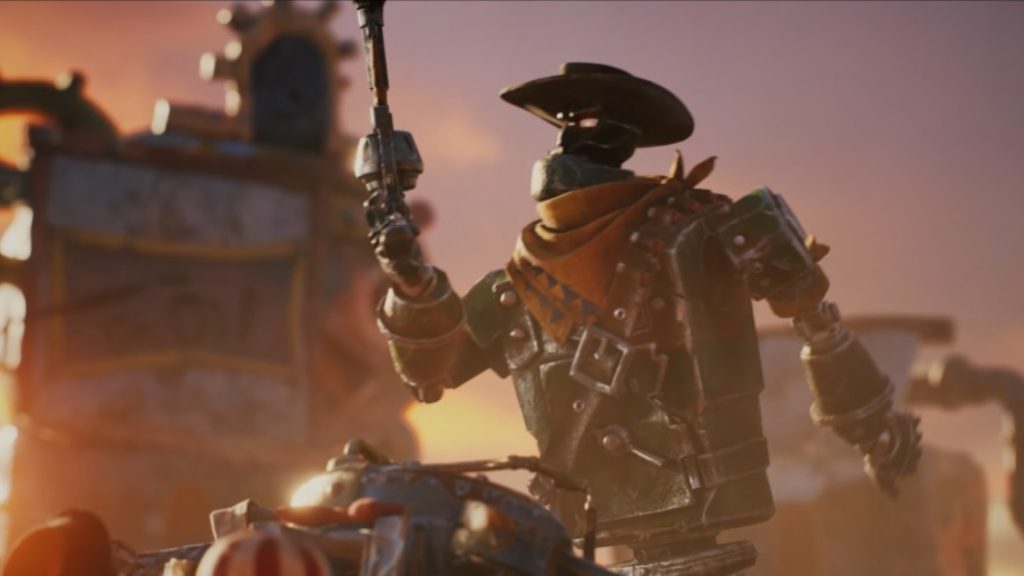 The original developers of the SteamWorld series at Image and Form Games (which is now merged with Thunderful Games) are working on The Gunk right now, which is launching in a little over a month, but SteamWorld, as you may have guessed, still has life left in it.

Thunderful has announced a new game in the series, being developed by itself, called SteamWorld Headhunter. This one is shaping up to be quite a different experience from its predecessors. For starters, its fully 3D, a first for the series. Meanwhile, it’s also co-op. Its brief teaser trailer shows two robots involved in a Wild West-style standoff, though at the end, a spider-like robot emerges to spoil the party. It doesn’t tell us a whole lot about the game, but it does give us a good glimpse of what it will look like, visually.

No release window or target platforms have been announced for SteamWorld Headhunter yet. Stay tuned for more updates.