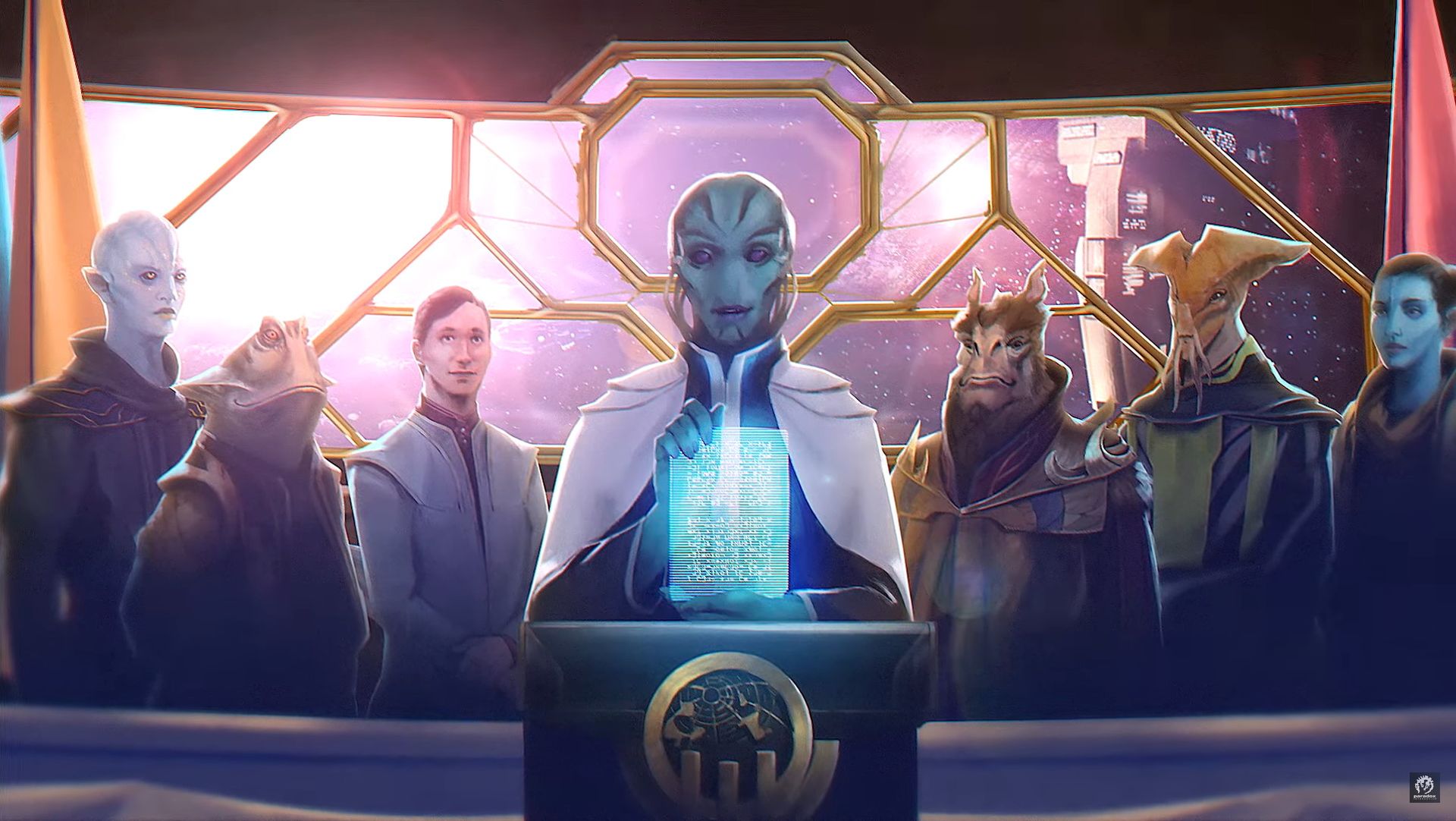 PDXCON 2019 has been underway for Paradox Interactive and it announced a number of big games coming soon. Stellaris, the publisher’s grand strategy sci-fi 4X, got a fair share of the limelight as well. It’s receiving a major new expansion with Federations and the Lithoid Species Pack on October 24th.

Federations aims to revamp one’s diplomatic relationships. Along with tapping rewards for joining Trade Leagues, Hegemonies and whatnot, you can also create a huge galactic senate with several empires. These empires can then vote on specific measures or oust someone for going against the grain.

If that wasn’t enough, Federations is also introducing new Origins for each empire. This allows players to further customize their empires’ backstories. New constructions like the Juggernaut and Mega Shipyard are also on the way. As for the Lithoid Species Pack, it provides more unique gameplay for Lithoids who favour production of minerals and colonization. The pack also provides new portraits for the Lithoids, a new voice pack and even new ship models that resembles Minerals.