Formerly known as Chorus, the roleplaying musical has now once again re-surfaced with a new name and a new publisher Humble Games. 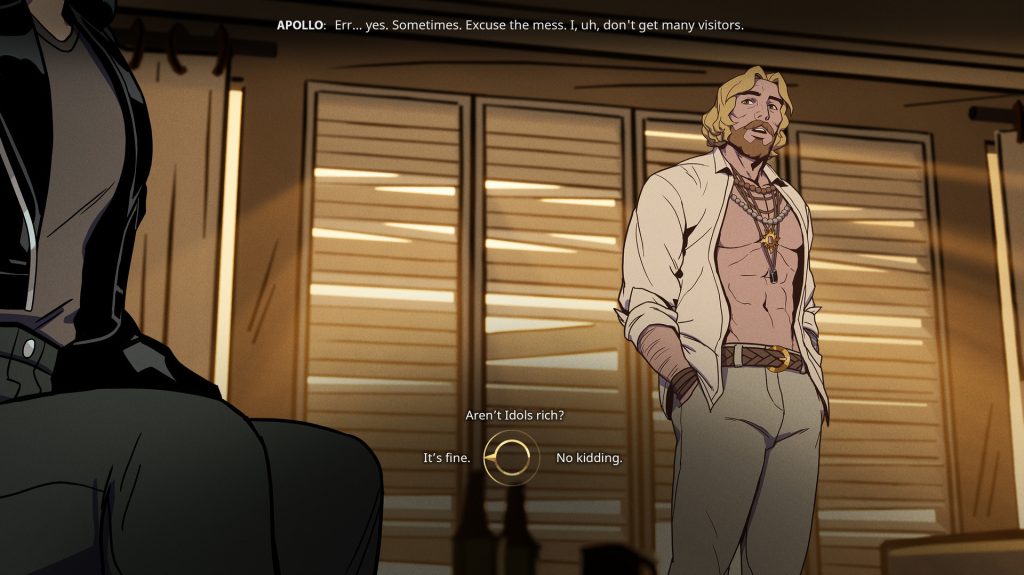 Summerfall Studios is a venture founded by David Gaider (lead writer on Dragon Age) in 2019, and the studio has finally unveiled the curtains on its upcoming game Stray Gods (formerly known as Chorus). Check out the teaser trailer down below.

Taking place in what the developers call a “modern fantasy world”, Stray Gods puts players into the shoes of Grace as she embarks on a quest to unravel the mystery of the death of the Last Muse. The premise of juxtaposing Greek Gods against a modern setting certainly sounds intriguing, and the hand-drawn art style also looks fabulous in a similar vein.

Additionally, there’s also a star-studded cast of voice actors such as the likes of Laura Bailey (The Last of Us 2) and Mary Elizabeth McGlynn (Silent Hill 2). Of course, given the fact that its a musical RPG – there isn’t much in the name of combat.

Previously funded by a crowdfunding campaign via Fig, Stray Gods is now being published by Humble Games – although the developers have assured that this wouldn’t change anything for the backers.

You can check out the Steam page by clicking through here. Unsurprisingly, the game doesn’t have a release date at this point.