Get ready to fight again.

We all remember the fiasco during the launch of Street Fighter V‘s back in 2016. From a renowned fighting series built on a legacy of quality gameplay, precision controls, and fun, Street Fighter V debuted to dismal, bare-bone results. Many of which the developer knew of far in advance. As time went by, however, Street Fighter V slowly, but surely, became the game fans of the franchise had hoped it launched as. And with the newest launch of the series’ next iteration, Street Fighter V: Arcade Edition, we finally get to see the fruits of Capcom’s labor: a game fully fleshed out with many modes — some new, some reimagined — lots of fun and exciting new and returning characters, and a series of tweaks that bring this game to the forefront of the series’ great, longstanding legacy. This is how Street Fighter V should have launched. It took a hell of a long time to get it to the finished state it and it’s finally the game we deserved from the beginning.

For those of you possibly fearing the fact that you may have to buy a new version of this game to experience it all, fear no more! Those who previously own the original Street Fighter V: know that Street Fighter V: Arcade Edition will be a free upgrade-download upon launching the game. 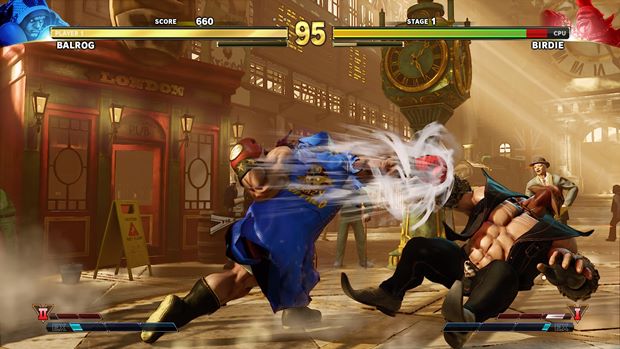 If you’re expecting an all-new experience with the Arcade Edition, you might be a little disappointed. As the game’s main attraction is quite literally in the title itself: the Arcade mode. The Arcade mode was one of the most requested features when Street Fighter V launched, and it’s finally here. In Arcade Mode, you’ll get to travel around the Street Fighter universe and fight in unique battles set in six different paths, at the times of each game’s era from Street Fighter 1 to 5.

Each path is already set up, or assigned, with specific characters that starred in that game. For example, if you’re playing the Arcade version of Street Fighter 3, you won’t find all of the same characters playable in the Arcade Mode from Street Fighter V. Each character is dressed in their own unique costumes from said eras, which really brings back a lot of nostalgia from those games long passed. You’ll find a bunch of fun story moments in each path along with the original songs of those eras… with a bit of a remix included.

As I previously stated, each path has a unique story that allows you to know just what your character has been through during each generation in that mode. By completing paths you’ll get nifty unlocks such as artwork or story pieces to fill in some nostalgic gaps, and even bonus stages. It’s also worthy to note that each character has separate artwork that can only be unlocked by completing the game with each character. It wouldn’t be Street Fighter if there wasn’t something else in the mix. And this comes in the form of secret competitors — or boss battles — which reveal a ‘true’ ending for each character that you complete Arcade mode with. If you’re a true, die-hard fan who wants to rub your eyes over all of the gorgeous artwork from the game, be prepared to play through each path numerous times with every available character. It’s the only way to unlock everything.

Characters now have the ability to gain a second V-Trigger. V-Triggers are character-specific moves that help new (and veteran) players gain some advantage with a brutal move. These extra V-Triggers are a nice added touch that really should have been set-right in the game from the beginning. Moves now flow from certain characters more naturally, as some V-Triggers fit characters more precisely than their original had. 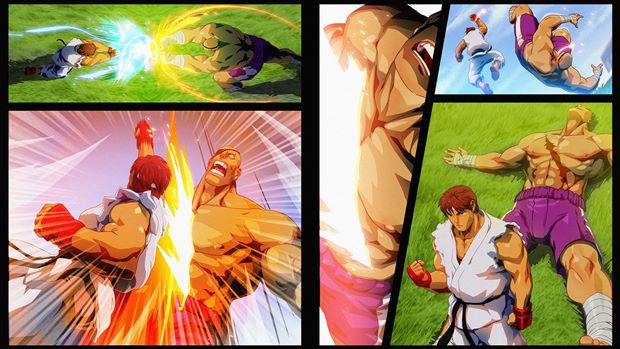 "Team Battle allows players to bring local multiplayer to life. With teams of up to five players, you can take your friends to school in an all out battle royale."

Team Battle Mode is the final leg of the more important Arcade Edition updates. And though it’s not a major update, it’s still a very fun one. Team Battle allows players to bring local multiplayer to life. With teams of up to five players, you can take your friends to school in an all out battle royale. Team Battle is just like every other mode, and that’s to get your enemy defeated by any means necessary. But you can also customize the outcome of this entire experience by changing how the match will ultimately end. There are a few options to choose from, but they’re all pretty basic. These endings can come in the simple form of, say, seeing the best moves played in each match at the end.

Street Fighter V: Arcade Edition is now packed with an onslaught of content. If you have everything unlocked, there’s a lot here to enjoy. From characters that are not only stylish, but well rounded. Every character I enjoy playing with feels great on screen without any notion of lag or imprecise controls. The outstanding, steady framerate and fluidity of the game is very well done. Animations feel authentically Street Fighter, and unlike any other fighter out today.

Overall, Street Fighter V: Arcade Edition is the game we’ve all been waiting for since the original game launched almost two years ago. Each character plays as smoothly as any other version, the colors and unique soundtrack are definitely one-of-a-kind. This is, now, one of the best fighting games in the series, and one of the best fighters of the current generation. Street Fighter V: Arcade Edition is the game we deserved, and although it took nearly two years after launch to get to this point, it’s a great  point for those who didn’t get the game in the beginning.

Arcade mode is the main attraction here, Team Battle mode is a ton of fun, second V-Trigger is a nice touch.

There aren't a lot of new modes.

Final Verdict:
AMAZING
It took nearly two years to get the game we should have received at launch. But what we now have is an incredible experience.
A copy of this game was provided by Developer/Publisher/Distributor/PR Agency for review purposes. Click here to know more about our Reviews Policy.