Streets of Rage is a name that’s almost synonymous with the beat ’em up genre, and even though it’s been over two decades since we last saw a game from this venerated series, its popularity has somehow endured over the years, which is a testament to how good it was when it was active.

Soon, it will be active yet again, as Lizardcube, Guard Crush Games, and Dotemu join forces to bring Streets of Rage 4, and excitement surrounding the game is extremely high- which is fitting, because everything we’ve seen of the game looks like it’ll fill a void in the beat ’em up space that only Streets of Rage can fill.

Not too long ago, we sent across some of our most burning questions to the game’s developers, hoping to learn more about it ahead of its planned launch some time later this year. The questions below were answered by Ben Fiquet (Creative and Art Director at Lizardcube), Cyrille Lagarigue (Lead Programer at Guard Crush Games), and Jordi Asensio (Game Designer at Dotemu). 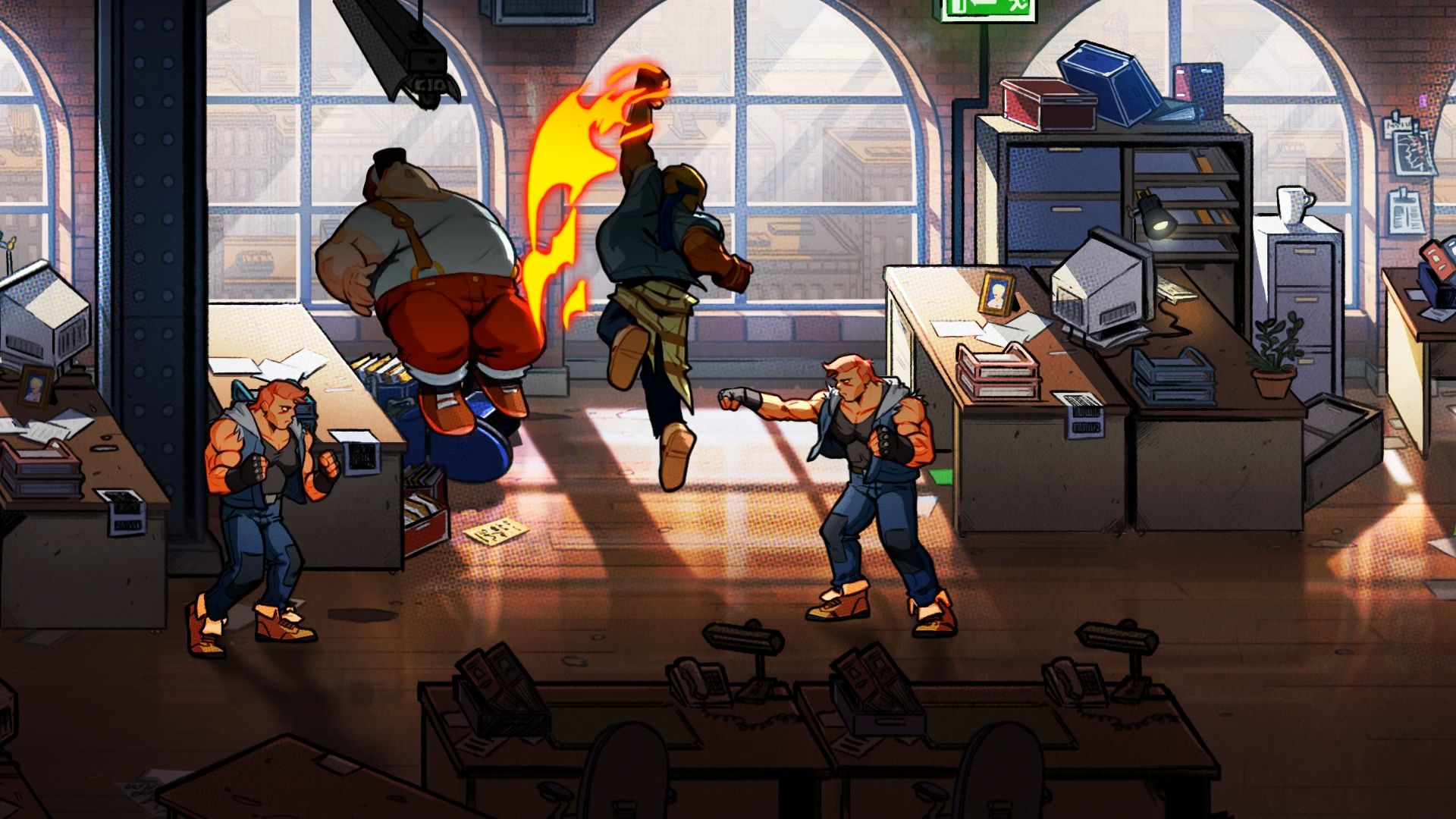 "Obviously this is a huge responsibility, but we tried to make a game worthy of the legacy while at the same time bringing new things much needed in a 2020 game."

Streets of Rage is a beloved classic franchise, but it’s been on hiatus for a while. How’s the team handling the pressure and responsibility of bringing it back into the limelight? Is it exciting? Nerve-wracking? Both?

Ben Fiquet: When you start a project like that, you’re only daydreaming about what you’d like to do. But as the opportunity materializes, the pressure becomes more real. Suddenly, you’re facing a task that is to give shape to a long-awaited sequel. And it’s not only your aspirations, but also what these games mean to so many people.

So obviously this is a huge responsibility, but we tried to make a game worthy of the legacy while at the same time bringing new things much needed in a 2020 game.

What’s your approach been to the kind of balance you want to strike between retaining the core strengths of Streets of Rage and introducing new ideas to try and take the series even further?

Fiquet: Primarily, we wanted to keep true to the original gameplay, which meant sticking to a 2D game. It was also important to bring back characters and environments already known by the players, which would retain the identity of the games.

So bringing new ideas was surely built on these foundations, and it’s still a difficult task, but eventually it will make the game feel even better.

Cyrille Lagarigue: After more than 25 years, I think it was better to be closer to the original than overly modern, because it was not just a case of bringing back the characters or the story. It was very important to bring back the feeling you had when playing the originals, too. So we started with something very similar to the originals, but with the new art style, and we tried to improve from that, mainly the things that we thought were frustrating or hard to understand. And we added new things that did not change what we identified as the core of the franchise.

Have there been any features or elements from the previous three games that you’ve had to cut or change because you felt they hadn’t aged very well?

Jordi Asensio: We had to think about the running and rolling features from Streets of Rage 3. Sure it brought interesting things gameplay-wise, but it also drastically changed the pace of the game. Streets of Rage 3 was more action packed but less strategic, and it made characters feel more alike as everybody could run and roll. So we decided to rethink these features and twist them into different movement options depending on your character; for example, Cherry can run, but Adam can do a fast step in. It makes them feel more unique and it adds more replayability to the game.

Lagarigue: We tried to keep all the character moves that did not break the gameplay we were trying to achieve, so the back attack and the charged strike are still there for example. There is one moved that we dropped and replaced with something else, which are the star moves. It was a mechanic linked to scoring in Streets of Rage 3. We used the concept of star moves, but transformed it for our Ultra moves so that you have to pickup star power ups to be able to perform them.

"After more than 25 years, I think it was better to be closer to the original than overly modern, because it was not just a case of bringing back the characters or the story. It was very important to bring back the feeling you had when playing the originals, too."

How did you decide which characters to bring back for the game and which ones to leave behind?

Fiquet: Blaze and Axel, as the iconic duo, were obviously making it. And Adam’s standing as a long fan favorite was long due, but to be honest he almost didn’t make it because his gameplay was deemed to close to Axel’s and it would mean another playable character which would impact the production. But I choose to include him no matter the cost because he’s such an icon, and he’s important for many fans.

Max and Skate were such a product of the 90’s. I couldn’t picture a grown up Skate fighting with roller blades, so we decided to add Cherry and Floyd who each bring very interesting things with new moves and personality.

Lagarigue: Adam was kind of a blank state gameplay wise, because he was only playable in SOR1, and the game did not yet have blitz and special moves. So bringing him back was a way to please the fans by having a returning character, but also it was an opportunity to create a “new” character in the way he plays.

The Streets of Rage series has always had a tendency to throw some really bizarre stuff at players every now and then, which is something that fans absolutely love about it. Can we expect to see similar stuff in Streets of Rage 4?

Lagarigue: There are surprises too, but if we tell them now it would not be a surprise.

Yuzo Koshiro’s involvement with the project is something that a lot of series fans are very happy about, and the fact that he signed up after seeing how well the game was coming along is an excellent vote of confidence. Can you talk to us about how that panned out, and what it’s been like to have both him and Motohiro Kawashima be composing for the game?

Asensio: Actually we contacted him through a friend of mine, Alex Aniel from Bravewave Productions, a music label working closely with famous video game music composers. So Koshiro-san knew the game wasn’t a cash grab and would be made with a lot of love. Then we had the chance to meet him and let him and Kawashima-san play the game. They had a blast, and from that point were in!

I’m really amazed by what they did for SOR4. It was such an honor to work with these giants.

"We plan to support the game as long as possible."

What are your plans for post-launch support, as far as new content and updates as concerned?

Asensio: We plan to support the game as long as possible, but I can’t share details on what we have in mind for now.

Roughly how long is an average playthrough of Streets of Rage 4?

Asensio: It depends on your skill… I would say 3-5 hours. But much more depending on the difficulty mode or even the game mode, but there will be more to say about that later on as well.