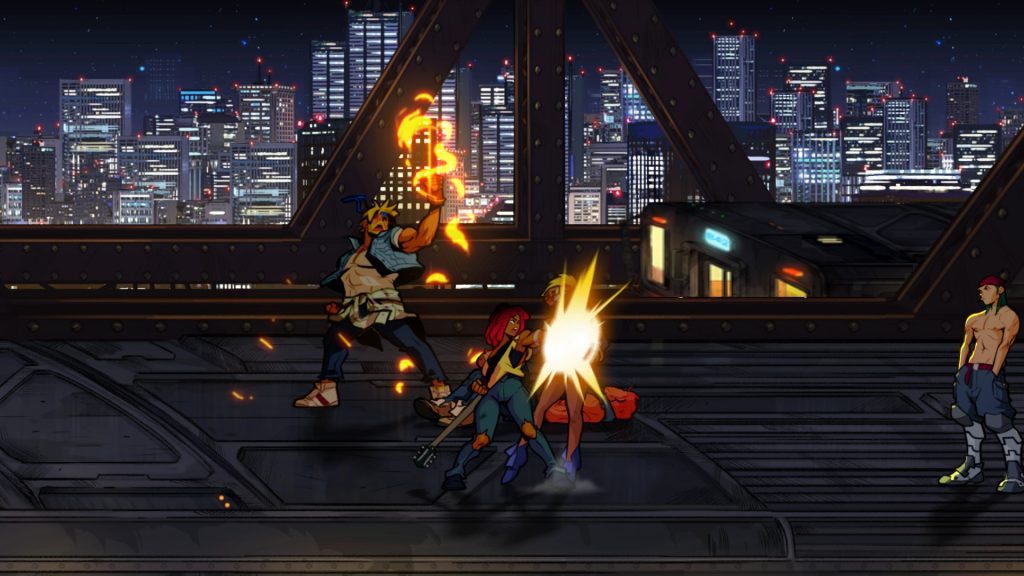 Publisher and developer Dotemu, and developers Lizardcube and Guard Crush Games announced Mr. X Nightmare, a new paid DLC for Streets of Rage 4 earlier in April. The DLC would come with 3 new characters, as well as a survival mode. The first character was Estel Aguirre, a cop who serves as one of the bosses in the original game.

Today, we learned the second character is Max Thunder, a long-requested Streets of Rage 2 alum and one of Streets of Rage 4‘s bosses. As players will remember, Max isn’t a bad guy in Streets of Rage 4; he’s just being mind-controlled, and players have to snap him out of it, so this addition makes sense. Max looks like he’s keeping some of his boss moves, but the heavy hitter is also getting some new ones, including a wall jump attack and a ground pound attack that calls down lightning. Max’s reveal trailer, which you can watch below, also shows off some of the new music coming in Mr. X Nightmare, which of course sounds fantastic.