Strider Dev: PS4 And Xbox One ‘Are Extremely Powerful’, Helped Us Achieve 1080p/60fps

James Vance talks about developing Strider for next gen consoles. 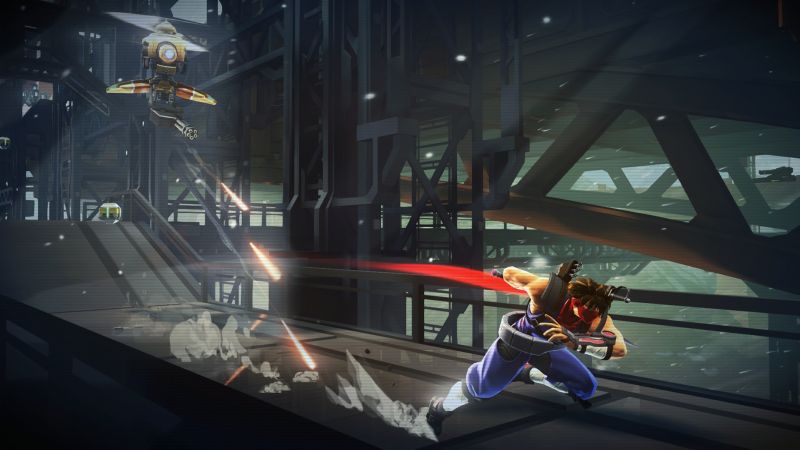 Capcom Japan and Double Helix Studios is working to bring Strider to both current and next gen consoles in a big way. GamingBolt recently had a chance to speak to producer James Vance about working on the PS4 and Xbox One. This is especially with regards to differences between the two platforms since one unified memory and the other uses embedded memory.

“We are very excited to deliver Strider to PS4 and Xbox One consumers at the very beginnings of this next-generation of gaming. Both machines are extremely powerful, and have allowed us to realize our major next-generation goal of delivering a 1080P, 60FPS enhanced gameplay experience. As the generation proceeds, it will be very interesting and exciting to see how platform specific games utilize their respective architectures in unique ways.”

As for optimizing asset creation for 1080p resolution on the next gen consoles, Vance stated that, “The PS4 and Xbox One were on the development radar some time before they were announced to the public, and because the PC version of Strider is DirectX 11 compliant it was an easy decision to bring the game to next-gen consoles once the development kits became available. The majority of the next-generation optimization has focused on ensuring the game looks good at 1080P with improved models, lighting and shadows, as well as maintaining a silky 60FPS frame rate.”

Strider will be releasing later this year for the Xbox One, PS4, PS3, Xbox 360 and PC.