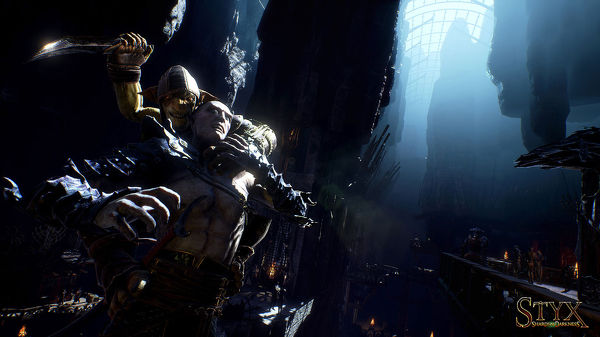 It looks like Styx: Master of Shadows will be getting a follow up game- Styx: Shards of Darkness has been announced. The new game will be set after the original game, and will reportedly feature a more nimble Styx with more pronounced stealth gameplay.

“Embark upon a stealthy adventure with new enemies, new environments, and a plethora of new mechanics aimed at refining the abilities and movement of Styx; grappling around corners, climbing ropes, and using his trusty knife as a zip-wire,” said Cyanide Studios and Focus Home Interactive.

The original Styx certainly had some great ideas going for it, but it faltered in the execution, leading to a game that felt like a nightmarish hodgepodge of ideas that would be good on their own, but simply do not work all that well when they are enjambed together like that. The new game will, hopefully, take some pointers from the extensive feedback that the original game received.

Styx: Shards of Darkness will launch for PC, PS4, and Xbox One in six months or so. Stay tuned for more coverage and information.