Pierre-Olivier Macé from ILLOGIKA answers some of the questions we had regarding their game, Subaeria.

Subaeria is a game developed by Studios ILLOGIKA and it mixes elements of puzzle platforming with the roguelike genre. However, where the game truly stands out is that it prioritizes brains over brawn. Players will have to use their wits and get past enemy robots by leading them to destroy each other.

To learn more about the game and its development, Gamingbolt reached out to the developers with some questions and the following answers were provided by Communications Officer of ILLOGIKA, Pierre-Olivier Macé. 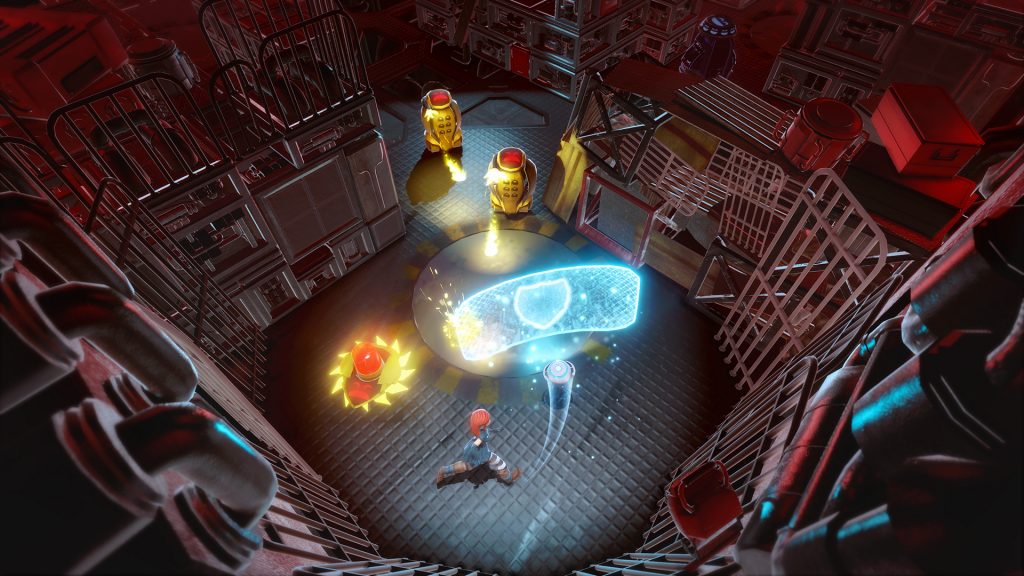 The game has quite a unique concept where players have to try and get enemies to try and destroy each other. What inspired this idea?

We were mostly inspired by other roguelike games such as The Binding Of Isaac because we’re fans of the genre. Actually, the game started as a rogue-like two of our team members were making in their free time when the studio began ! I can also mention Faster Than Light and The legend of Zelda as inspirations as well.

It’s quite interesting that this game prioritizes the use of brains over brawn. Is this a theme that we will see reflected in the game’s story as well?

Yes, the main theme of the game is about manipulation. In Subaeria, the whole population is being manipulated and Styx uses her drone to manipulate security robots. The more you play, the more you find ways to manipulate your enemies.  And by finishing the game many times, the fate of Subaeria will change in consequence. Perhaps, if you’re smart enough, you will uncover the truth, putting an end to all manipulation… or is it that simple?

What are the different kinds of enemies players will encounter in the game?

In Subaeria, you will defeat robots called the cleaners. They come in different types and act both as janitors and security enforcers in charge of taking the rebels out, since the government of Subaeria also considers them as garbage. You will mostly face robotic enemies in the game. Even the human opponents you will encounter will hide themselves in robots, there is no direct confrontation with them.

Since the goal here is not to kill enemies but to lead them to kill each other, has your approach to designing these enemies been quite unique?

Yes, the design of the enemies has been quite special since we designed them in order to be manipulated. We can use them to make them crash against each other, to control them… but you can’t directly attack them. If you want to defeat the game enemies, you’ll need to have a strategy, you can’t go blindly ahead !

The game has seen multiple delays since it was first announced. What contributed to these delays in the game’s release?

First, we needed to take some time to secure additional funding for financing the development on consoles. Second, we had multiple projects at the same time and we had to balance the work between the teams. Taking those details into consideration, we wanted to take all the necessary time to ship the best game possible ! 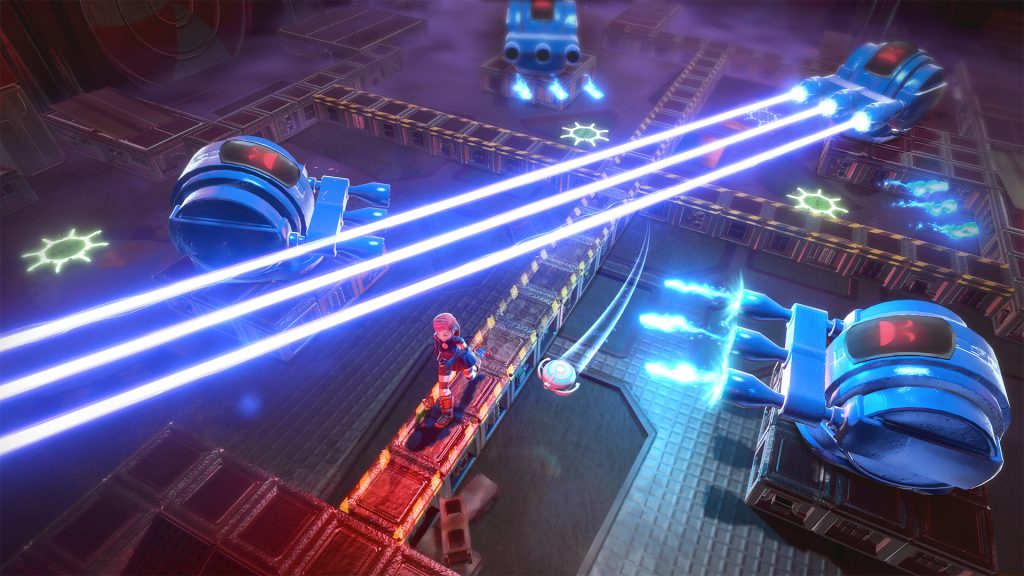 "As indies, we definitely have some freedom to experiment with ideas but we also have limits to make those ideas come true."

Were there any major changes made to the game during this long development phase?

We had to rework a lot of features during the development of Subaeria. The narrative design went through many iterations to get to the multiple endings we wrote for the game. At the beginning, the original game was also supposed to have 4 players. The quests were also reworked a lot because at first, they were not quite as intuitive as we were expecting.

Being an indie developer, would you say you have more freedom to experiment with ideas?

As indies, we definitely have some freedom to experiment with ideas but we also have limits to make those ideas come true. To give you an example, some features we wanted to make (such as the four players) were cancelled, because we didn’t have the financial but also the human assets at this time to properly develop them.

So as we mentioned earlier, some features like the narrative design had to be reworked,the financing assets needed to be secured and we also had to properly balance the work between our projects. One of the biggest other design challenges which became the heart of the game was to find the perfect mechanic to encourage players to adopt other strategies than direct attack. The decision came from a feedback we had from a player at PAX East in 2016. Big challenges but also great lessons for the studio!

Both versions are running with a resolution of 720p at between 30fps and 60fps. 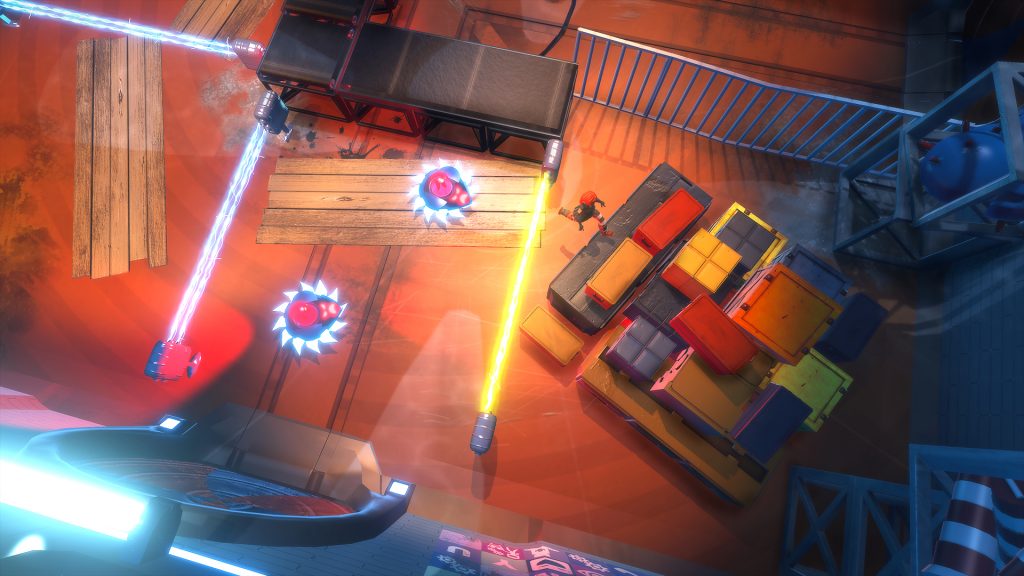 "We made the budget for the development on consoles before the Switch was available. We’re still evaluating the opportunity, the new Nintendo console is an interesting platform and has a lot of gaming potential !"

We didn’t notice any specific difference, especially since Unity makes it easy to deploy the game on all  platforms at once.

Is there a reason why you are not launching on the Switch ?

We made the budget for the development on consoles before the Switch was available. We’re still evaluating the opportunity, the new Nintendo console is an interesting platform and has a lot of gaming potential !

There are good and bad sides of this model, the important thing to know is how is the service going to make our players enjoy the full game experience ? A monthly subscription could help financing hosting servers for example, but what the customers get must be worth the price they’re paying for it.

Too soon to say ! At least, we can expect all games to run at least with a resolution of 1080p and the evolution of the components will allow us to see more incredible worlds come to life !

At some point, we’ll definitely have only 4k/60fps console games.  PC gaming is already there and consoles will have to catch up. Some PC games today already include 8K textures !

Thanks for this interview and thanks to your readers for your interest in Subaeria! We can’t wait to see how people will react to the game on May 9th. Stay tuned on our Facebook and Twitter pages (@iLLOGIKA and @Subaeria) !