Publishers don’t have to dictate stuff to them. 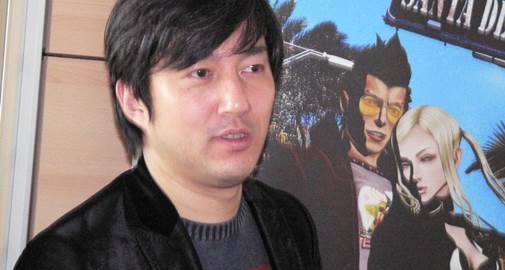 Shadows of the Damned and Lollypop Chainsaw bombed massively in the west and while they were published by third party publishers, Goichi Suda, head of Grasshopper Manufacture, has said that their games will be selling better since the acquisition of the studio by Gung Ho will let them create their own marketing plans.

“Grasshopper does have a very strong base; it’s just that because we were so indie, publishers were always [treating us] differently,” he told GamesIndustry.

“So we believe that back then, when we were completely indie without a group company to be together with, we weren’t able to translate our creative directly into sales because that was the part where there was always a wall between creative and sales transition wise.

“So now that we’re one big group together [at GungHo] and we’ll be publishing our own titles as Grasshopper, we believe that the creative side and the sales side will have a better connection. So we definitely believe that it will transfer to good sales because we will be able to choose our own strategy.”

They are currently working on Killer is Dead which will be released later this year.