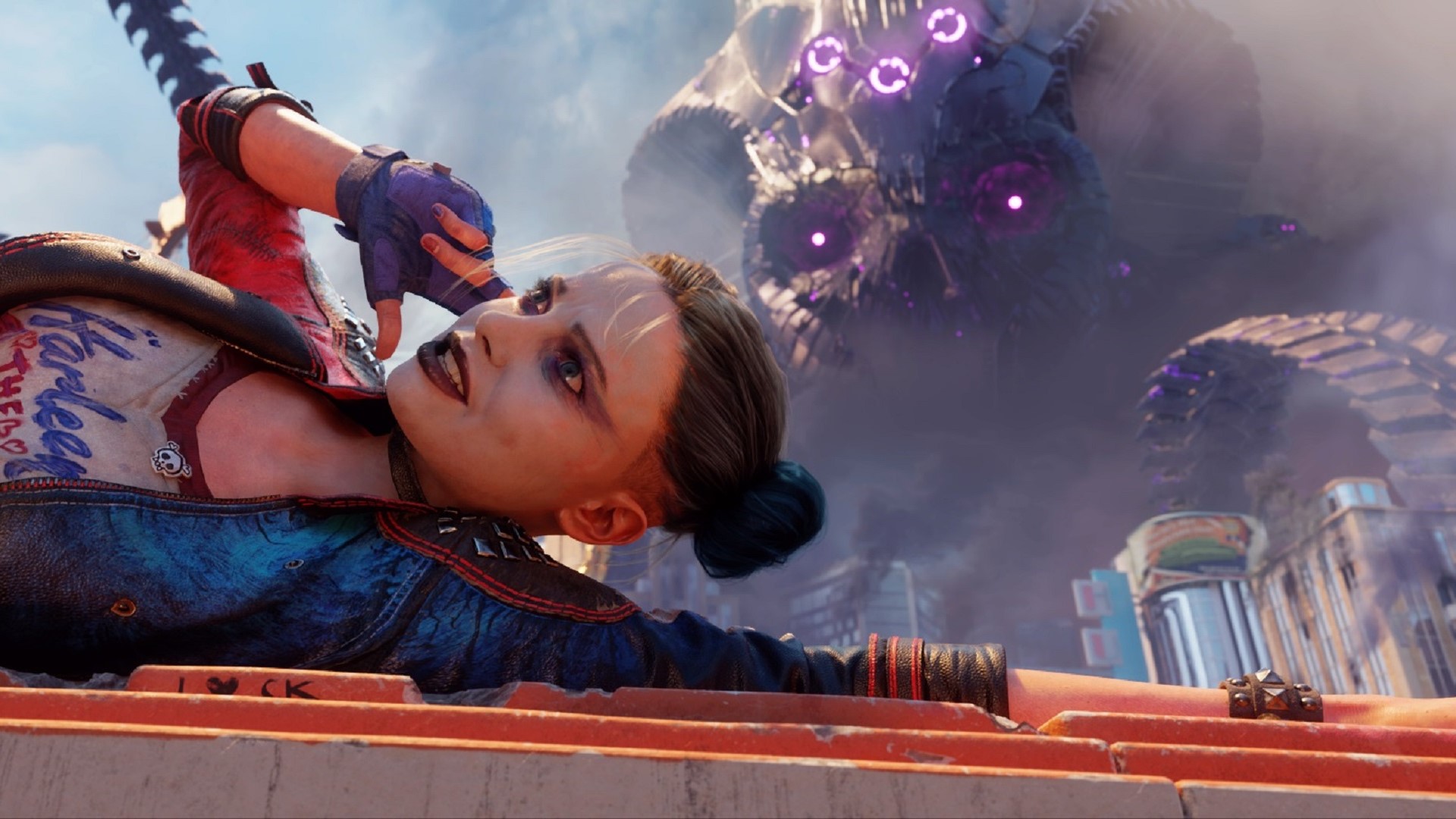 Rocksteady have finally lifted the on what they have been cooking up, with Suicide Squad: Kill the Justice League finally being revealed yesterday- and though it’s still a ways off and there’s still plenty that we don’t yet know about it, during an interview with creative director Sefton Hill following the game’s reveal at DC FanDome yesterday, several details on the game emerged.

As its trailer establishes, Suicide Squad: Kill the Justice League will be set in Metropolis, confirmed to be an open world setting, and it looks like it’s going to differ from the Arkham games’ Gotham City in more ways than one. It looks colourful and vibrant, and it one would imagine that having four unique playable characters will lead to various different traversal options.

Different options will also be available in combat. During the aforementioned interview, Hill mentioned that Harley Quinn, King Shark, Captain Boomerang, and Deadshot will all have their own sets of abilities and skills that players will have to master, with Hill claiming that each of the four will have more depth to them, their mechanics, and progression than Batman did in the Arkham games.

Harley Quinn has a love for explosives and her baseball bat in melee combat; Deadshot has a jetpack, his arm canons, a fuel gun that allows him to set enemies on fire, and, of course, his sniper rifle; King Shark has his two deadly claws, raw brute strength, and can wield a massive machine gun; and Captain Boomerang looks to be the agile one of the lot, and uses, as his name implies, a special boomerang. Apparently, there’s much more to all of them than that.

Suicide Squad: Kill the Justice League is going to be a co-op game, as many have predicted, with support for up to four players in total. However, if you want to play the entire game solo, you can totally do that. When played solo, the three characters that you’re not playing as will be controlled by the AI, and players will have the option to switch between the four of them at will.

There’s more info on the game from yesterday’s panel, which you can view in full below (thanks to Arkham Videos for uploading it).

Suicide Squad: Kill the Justice League releases in 2022 for the PS5, Xbox Series X, and PC. Rocksteady have confirmed that it will be set in the Batman: Arkham universe.

Meanwhile, WB Games Montreal’s Gotham Knights was also recently announced- that isn’t set in the Arkhamverse. You can get more details on the game through here.