Nintendo’s stellar E3 seems to have done the job. 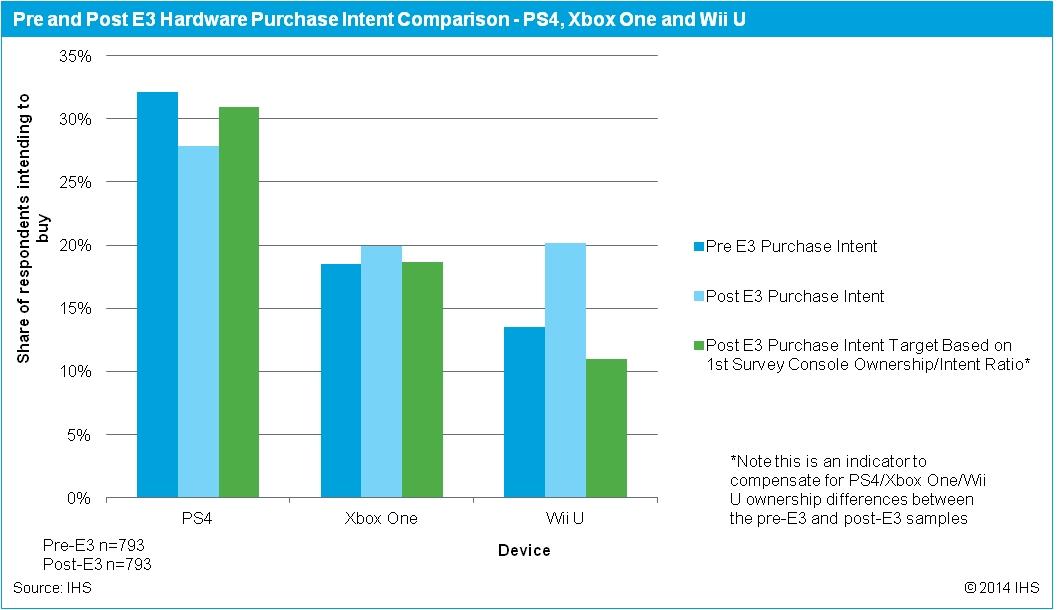 That the Wii U has so far struggled on the market, in spite of a great lineup of varied exclusive games, is no secret. However, this past E3, Nintendo went all out, with an all new format and such a refreshing emphasis on only that which matters- loads of games, with real time actual gameplay footage and no pre-baked CG.

Certainly, that, coupled with the release of Mario Kart 8, seems to have breathed new life into the Wii U, which has seen its sales surge around the world in the last month or so- and now, a new research conducted by GamesIndustry.biz and IHS shows that consumer interest in Wii U did in fact shoot up following their E3- in fact, nearly 150% more people plan on buying a Wii U now than they did before the Digital Event.

It is also worth noting that as many people are now interested in the Wii U as Xbox One- the battle for second place this generation may be harder fought that we originally thought.