One look at Swordship should be enough to tell you that it’s probably going to be completely unlike any other shoot ’em up you’ve ever played before. Why is that? Well, because in this shoot ’em up, you’re not doing any shooting. You’re piloting a fast ship, and your primary way of engaging with enemies is dodging their attacks and using their own attacks against them. With the combined emphasis on dodging and speed, Swordship has a core premise that instantly grabs attention, so understandably, we’ve been curious to learn more about the game for some time. To that end, we recently reached out to its developers at Digital Kingdom with some of our most burning questions, and learned quite a bit in the process. Below, you can read our interview with lead artist Benjamin Vurlod. 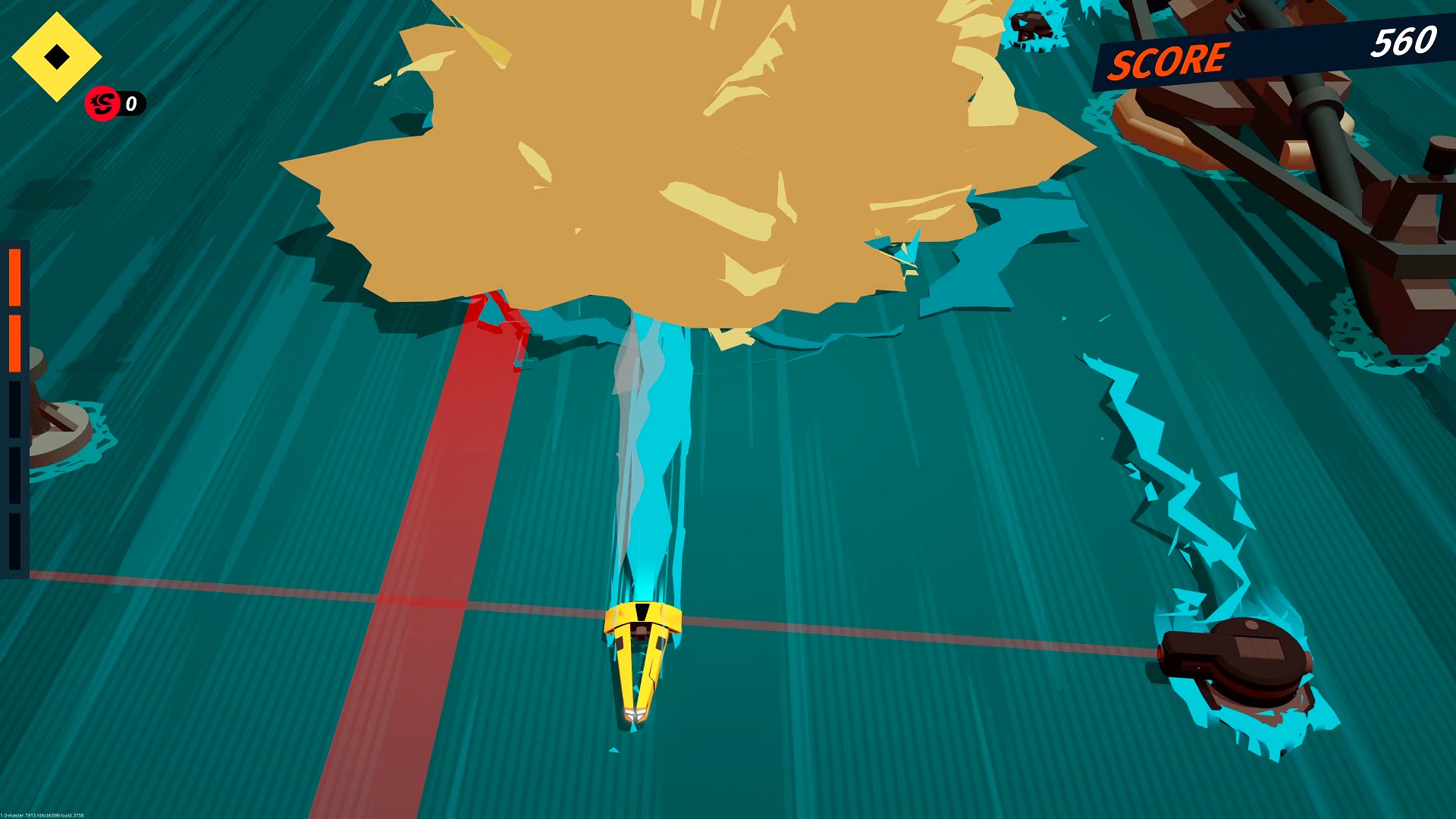 "From the very beginning of the project we wanted to explore the sensations of dodging and also the fact of using the strength of the other to defeat them."

Swordship has a fascinating core premise, where the action revolves primarily around dodging and getting enemies to hit each other. It’s not the sort of thing that we see too often in games. How did the idea for that first come about?

From the very beginning of the project we wanted to explore the sensations of dodging and also the fact of using the strength of the other to defeat them. We also wanted to evolve with motorized machines which implied either the road, the air, or the water. We chose the last one because we were more visually inspired and we wanted to evolve in this futuristic universe covered by the oceans. We had a very long research phase with many unsuccessful iterations between driving and obstacle avoidance. Depriving the player of forward vision by flipping the camera allowed us to focus fully on dodging and the project began to build.

Was there a concern during development that Swordship’s focus on dodging doesn’t end up making the moment-to-moment action repetitive? How did you go about ensuring that doesn’t happen?

We have a game that is built on a repetitive structure, so it is important that the game offers richness and variety even if the action is kept simple. The action can be repetitive in itself but it is important that it generates different things. That’s why we have a dynamic system to generate different configurations as often as possible. The game is designed so that the approach to dealing with a situation often changes depending on what is on the screen. There are of course several other elements that we add on top of the basic ones but we try to create emergence already with as few elements as possible.

Given the game’s core loop, I would imagine movement and responsiveness will be key in Swordship. Can you talk more about that aspect, and what sort of work has gone into beefing up those areas of the game?

We worked a lot on the movements of the Swordship to make them feel pleasant. Visually the trail is an element that brings a lot to this. After that, beyond the visual aspect, the movements must be at the top of the gameplay, but that’s another story. A first critical element was the main game camera angle we have. The movement of the Swordship in depth seems much slower than that in width when you have a 45° point of view. So the first challenge was to come up with something coherent. We noticed that depending on the situation and the style of play, the joystick inputs are very different. A lot of small presses and small moves for some, while others move more fluidly. So it was not easy to manage the Swordship’s start and acceleration curves. We did a lot of work on the controls of the ship at the beginning and then it’s a lot of small adjustments throughout the project. We are now at a stage where we are working on performance optimization to make sure that the game runs as smooth as possible. 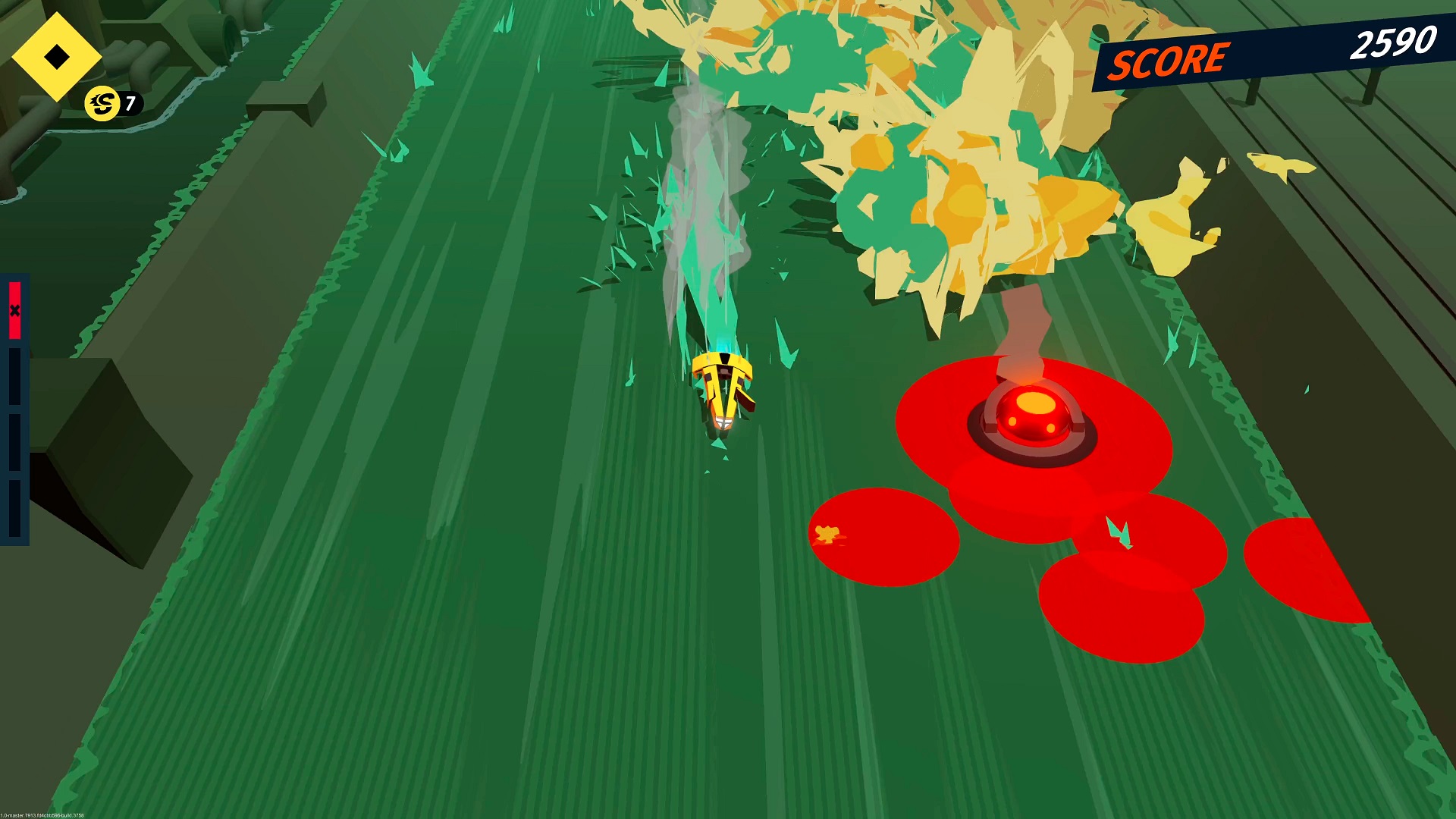 "We have a game that is built on a repetitive structure, so it is important that the game offers richness and variety even if the action is kept simple."

What is progression in Swordship like, both within a run and on a more macro scale?

The progression within a run is mainly based on the management of containers. At the end of each level the player must choose what to do with the containers he has stolen: give them away to increase his score significantly or keep them to store lives and upgrades. Thus, the player bets on his abilities at the end of each level. A player who is new to the game will rather keep his containers to make his run easier while an experienced player will go through the game with the minimum of life and upgrades.

The macro progression is more traditional. At the end of each run the score of the run is stored in a progress bar which unlock new upgrades, Swordship variants and other surprises. What is important for us is that these unlockables do not make the game easier but expand the possibilities.

Swordship has quite an interesting narrative premise, but how much of an emphasis will the game focus on that and things like storytelling and lore?

We like hardened universes with a lot of narration, but it takes a lot of time to build it well. Currently, our small team doesn’t allow us to project ourselves in too complex things and it must also be said that a game like Swordship doesn’t lend itself to too much narration. We want to be honest with the players and not to propose something too complex and badly mastered. On the other hand, we try to put the game in a coherent universe with some elements that allow you to better project yourself as a player. We present key narrative elements directly in the game system with the choice of keeping the goods for oneself or giving them away, the rest being distilled in a random way discreetly between the different environments traveled.

What sort of a balance does Swordship strike during runs between upgrades that are passive and otherwise?

How does Swordship approach difficulty?

Our inspirations coming mainly from shoot ’em ups and roguelikes, the game is clearly not designed to be easy. Players will find the fast and nervous loop that encourages scoring and the perfect score of the shoot ’em up crossed with the procedural generation and the emergence of roguelike. It’s clearly the broad understanding of how enemies and levels work rather than rote learning that allows you to improve. In parallel the system of containers to give or keep allows the player to have the choice to make his experience more or less easy.

Will Swordship also offer multiplayer content, or is it a purely single player experience?

For the moment it is designed to be purely a single player. 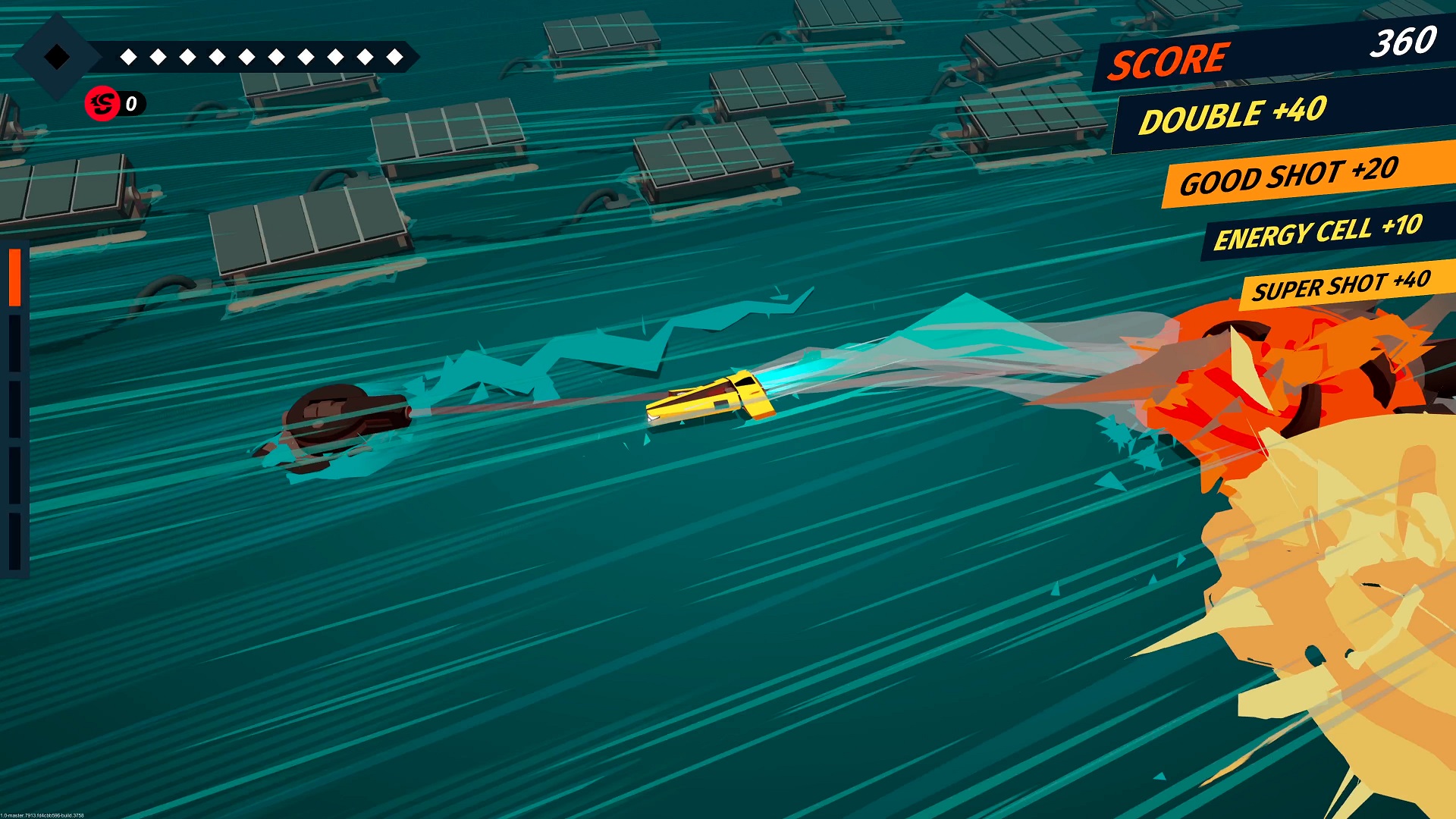 "Our inspirations coming mainly from shoot ’em ups and roguelikes, the game is clearly not designed to be easy."

Do you have any plans yet for Swordship’s post-launch support?

We have some interesting ideas that might come up. It’s going to depend on the progress of the next couple of months, and then the anticipation the month before/after its release. After that it’s obvious that there will be at least some support and a series of technical updates.

We have no plans to optimize for this device at the moment, but let’s see what the future will bring!