Michael Bay would indeed be proud.

Sunset Overdrive is 900p and 30 FPS on Xbox One 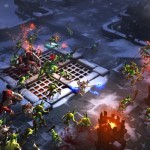 “Every Generation Has its Constraints” – Ryse: Son of Rome Design Director

PJ Estevez sounds off of the resolution controversies plaguing Ryse.