Activision Games with “Big Communities Across a Number of Platforms” Won’t be Made Exclusive, Xbox Exec Says

The SOC Investment Group is asking shareholders to not re-elect six of Activision Blizzard's board members, including CEO Bobby Kotick.

Microsoft's president says that the company's acquisition of Activision Blizzard is moving at a good pace. The company is getting requests for information from the FTC, as well as EU antitrust watchdo...

Blizzard Entertainment Has Appointed A Head Of Culture

Jessica Martinez has previously served as Chief of Staff for 14 years, and will be implementing a studio culture strategy over at Blizzard Entertainment.

Activision Blizzard is Being Sued by New York City

The lawsuit alleges that focuses on CEO Bobby Kotick and his "personal responsibility" in devaluing the company.

The publisher claims this "primarily due to our own execution" and promises the "most ambitious plan in Call of Duty history" with this year's titles.

Activision Blizzard Shareholders Have Voted to Approve the Xbox Deal

In a recent Special Meeting, more than 98% of all Activision Blizzard shares voted in favour of being acquired by Microsoft. 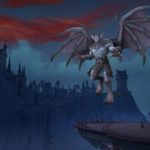 Warcraft Mobile Game Will be Announced “in the Coming Weeks,” Activision Blizzard Confirms

Blizzard says its long-in-development mobile debut for the Warcraft series will finally be ready for its announcement soon.

Reports have suggested that Activision Blizzard CEO Bobby Kotick will step down once the company's Xbox deal goes through.

Blizzard recently sent out surveys inquiring users about potential interest in NFTs and cryptocurrency in games, but company president Mike Ybarra says there are no plans to launch NFTs.

Kristen Hines will be taking up the role at the company from April 25, and will report to chief people officer Julie Hodges.

This comes shortly after many employees at across the company chose to form a labour union to combat poor workplace conditions.

A federal judge has approved the EEOC's proposed settlement amount of $18 million in the Activision Blizzard lawsuit that was filed last year.

An internal vote for deciding upon the same will be held in an investor meeting that will be taking place on April 28th.

Bobby Kotick to Focus His “Full Attention on Activision Blizzard”, Leaving the Coca-Cola Board of Directors

Bobby Kotick has decided to step down as a member of the board of directors at the Coca-Cola Company to focus on the current state of affairs at ABK.