New tools like the Inflatable Decoy, Tac Cam and Shock Stick have been added. There are also new mechanics like ledge hang, diving, and much more.

The new receiver category allows for unlocking attachments that become available for all weapons within the same platform. 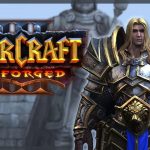 What Went Wrong with Warcraft 3: Reforged?

How exactly did the remaster of one of the most beloved strategy games of all time end up fumbling so spectacularly?

PlayStation CEO Jim Ryan has given a public statement in which he says that Microsoft has only offered to keep Call of Duty on PlayStation for three years beyond the company's existing agreement with ...

The $99.99 special edition includes access to previous and current-gen versions of the game, the Season 1 Battle Pass, and cosmetic packs.

Xbox head Phil Spencer has revealed that Microsoft has given Sony a signed agreement promising the release of future Call of Duty games on PlayStation.

Call of Duty: Warzone 2.0 Release Date Set for November 16, According to Leak

A reported leak has revealed the release date for the revamp of the Call of Duty battle royale game, dubbed Warzone 2.0.

The sequel launches on October 28th, but those who want to experience the campaign can pre-order digitally for up to 1-week early access.

The beta promises a variety of different-sized maps, modes, and "Progression experiences" that go beyond the "Core 6v6 experience."