Additionally, Remedy has also released some new concept art for Alan Wake 2 which showcases the stunning art direction for this sequel.

Ilkka Villi and Matthew Porretta, who provided the appearance and voice for Alan Wake respectively in the first game, will be returning for the sequel.

Alan Wake 2 is Using the Northlight Engine, Will be the “Most Beautiful Remedy Game Ever”

Remedy Entertainment will stick with its in-house engine for the upcoming survival horror game, and is promising big things where the visuals are concerned.

Remedy Entertainment's long-awaited sequel will be its first survival horror title. More details are slated to come in Summer 2022.

Alan Wake 2 Will be Revealed at The Game Awards – Rumour

Alan Wake 2, rumoured to be in development at Remedy Entertainment in partnership with Epic Games, might be announced tomorrow. 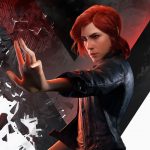 Talk about some mixed emotions.

Alan Wake 2 will have to be on Remedy's terms according to Sam Lake.

The new project is being worked on for at least nine months.