End of an era.

"Consistent performance improvements over time" promised for Xbox One.

Also, if a virtual surround sound update arrives for the console, it will support existing headsets.

Xbxo One Dolby Digital for Optical Headsets Arriving After Launch

Microsoft's Albert Penello comments on the lack of Dolby Digital support at launch.

Xbox One Launch Day Patch Isn’t Optional: “You’ll be Able to Do Very Little Without It”

The resolution wars continue to rage on.

Check out all the features that make Microsoft's next-gen console made for the future. 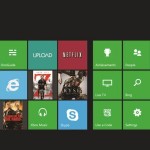 The man who leads planning for the Xbox One offers his take.

Microsoft: Xbox One Doesn’t Support Vertical Orientation, “Do it At Your Own Risk”

But seriously, don't do it.

But in a sporting, cooperative way.