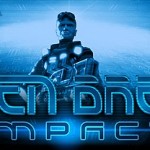 A few days ago Sam Mcneil, Review Editor at GamingBolt, had the opportunity to sit down with Martyn  Brown, Studio Lead at Team17 to discuss about the studio's latest offering: Alien Breed Impact. ... Read More

The upcoming arcade game, Alien Breed Impact, developed by Team17, has received an all new demo only available on Steam right now, the demo is a prologue of the full game, and it will allow you to pla... Read More