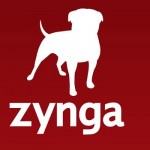 Zynga's online operation could be in danger. 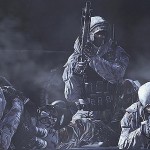 Anonymous has a beef with Activision now. Why? It's because of the Black Ops 2 trailer that was released recently. The trailer which you can see here, portrays the Anonymous organization as the enem... Read More 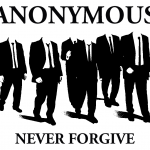 Well it looks like PSN might be... in trouble again, as the self-proclaimed heroes of the internet, Anonymous have threatened Sony with dire consequences unless they stop supporting the SOPA Bill. O... Read More

The Spanish national police force's website was knocked offline for about an hour yesterday by hacker collective Anonymous, following a series of arrests made by the Spanish police. Spain's polic... Read More

[HTML1] Hacktivist group Anonymous has released a video message to PSN users, denying that it was behind the recent "issues" that the online service has been experiencing. Sony have claimed that... Read More

[HTML1] Despite the court case between Geohot and Sony reaching a conclusion with an out of court settlement, hacker group anonymous are not satisfied with the outcome. The above video has been ... Read More

[HTML1] Anonymous has issued a second press release for Sony where they reveal that future assaults on Sony would continue, however they will try their level best not to make the user-experience suff... Read More

Anonymous carrying out a DDOS attack on Sony’s websites

After posting a threat that Sony's got the unwanted attention from elite internet hacker group, Anonymous, it looks like they've decided to unleash an attack on them right away. The official So... Read More

The "Hacktivist" group Anonymous have stated that they will be targeting Sony on account of their recent legal action agasint PS3 hackers George 'Geohot' Hotz and Graf Chokolo. The Anonymous col... Read More