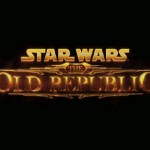 The Old Republic beta kicking off this Friday

BioWare announced at PAX over the weekend that they will be starting a beta for Star Wars: The Old Republic starting September 2- this Friday. BioWare will be emailing random invites to some of tho... Read More

EA’s support wing has confirmed that you can expect Battlefield 3’s BETA to kick off in October this year. This news was conveyed by them via a tweet: The Beta of #BF3 will be expected in O... Read More