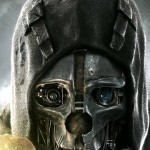 Dishonored Gets Massive Gameplay Videos, Check Them Out Inside

Watch the all-new debut trailer for Dishonored. Dishonored casts you as a supernatural assassin driven by revenge. You are the once-trusted bodyguard of the beloved Empress. Framed for her murder, ... Read More