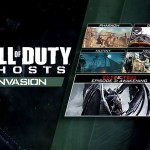 In celebration of next week's release of Invasion for PS3, PS4 and PC. 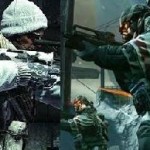 In celebration of the Undead Nightmare retail disc package that was just released for Red Dead Redemption and includes all previous DLC, Rockstar Games is having a double XP weekend event for this T... Read More

All weekend long Red Dead Redemption players with have a chance to gain double experience.  This is in celebration of the just recently released Liars and Cheats DLC.  The double XP event will end a... Read More