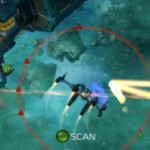 Three new Xbox 360 games, one being for Kinect, have been revealed through Australian classification board listings. The first is family-aimed Kinect me. It will supposedly support user generated... Read More