2023 and beyond is packed with compelling PS5 exclusives, and here are 15 you should absolutely keep an eye out for.

15 Most Disappointing Boss Fights of 2022

Bosses are a highlight in video games, but some tend to underwhelm in terms of challenge and story. Check out 15 such bosses here.

Even without the usual suspects and their open-world checklists, this year saw some massive destinations to get lost in.

"We are continuing to create epic solo adventures for Aloy," said Guerrilla Games, and is hiring for its single-player team, along with other positions.

Guerrilla confirms in multiple job ads that it is looking to "bring the expanding Horizon universe to a multiplayer audience."

Horizon Forbidden West: Burning Shores Will Not Launch for PS4

Though the base game is cross-gen, Guerrilla and Sony have confirmed that its upcoming expansion will be exclusive to PS5.

The expansion will take Aloy and players to the untamed wilds of Los Angeles, where she pursues a sinister threat. 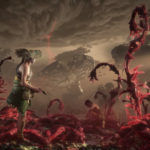 Following recent speculation, a fresh leak has claimed that a full-fledged expansion of the open world action RPG will be announced soon.

Since its launch, Sony's console has set impressive new standards for console graphics. Here are 15 of the best-looking games thus far.

Stray, A Plague Tale: Requiem, and Xenoblade Chronicles 3 have also been nominated for the Game of the Year category.